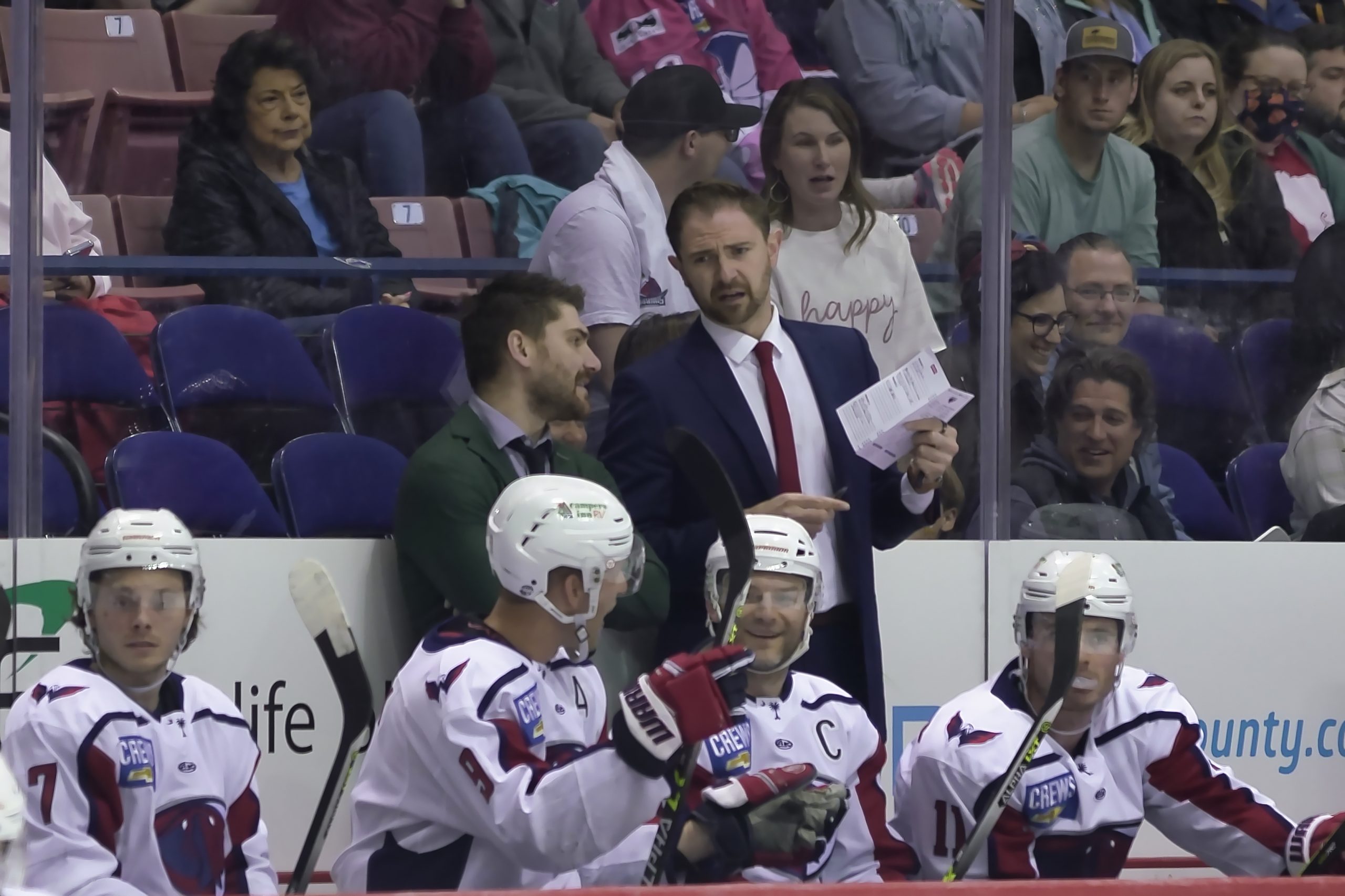 As the organization enters its 30th year, the pressure will be on Kotyk to deliver a successful on-ice product that sees a return to post-season play

NORTH CHARLESTON, S.C. – The South Carolina Stingrays announced Brenden Kotyk as the 11th head coach in Stingrays history. Kotyk took over as the interim head coach on March 7 in relief of the dismissed Ryan Blair. Kotyk will be looking to bring the Stingrays back to their old form following a disastrous season in which the Stingrays suffered their first losing season in team history and missed the playoffs for only the second time in 29 years. As the organization enters its 30th year, the pressure will be on Kotyk to deliver a successful on-ice product that sees a return to postseason play.

Kotyk had a record of 10-8 in his tenure as the interim coach. Rob Concannon pointed out that minus the initial weekend series when Kotyk first took over, he was 10-5. Under Kotyk, the team maintained a 90% rate on the penalty kill, had a season-high five-game win streak, and won seven of the last nine games. Kotyk’s performance during this time span helped solidify himself as the top candidate for the position.

“Being an assistant coach is different than being in a head (coach),” said Concannon. “And I got a chance to work with Brendan for a couple games earlier in the year in Florida. And there was just something different about him being in the head role. He understood what was important and he knew we had to make some roster decisions. He let a fan favorite go, he wanted to improve the team he wanted to improve the culture, and I think we all saw that……I think the guys as well. I think that’s a big thing, that guys enjoyed playing for, for Brenden and for Ryan (Bourque). So those were some of the things that stood out for me.”

When a head coaching position in an organization such as the Stingrays becomes available, there is high interest from prospective candidates that want a shot at filling the position. Concannon was contacted multiple times for the vacancy throughout the spring.

“Some folks reached out to me. Whenever our job comes available, people email they reach out they send their resume,” Concannon said. “I’m big on loyalty and giving people an opportunity. And I think, I guess you could say it was Brenden’s job, per se to lose, you know, some of the other candidates had other variables and more experience, playing in a different level and things like that, but at the end of the day, I felt like it was it was the right thing to do to see how Brenden took the ball and see where he ran with it and I think he did a terrific job.”

With a longer offseason, Kotyk will have time to assess players from this past year’s team as well as free agents he would like to bring into the club for next year to put his own stamp on next year’s squad.

“We’re going to build it defensively first, so we’re going to take care of our own end,” Kotyk said. “And then we have the ability to use our skill on the offensive end. I think when I took over, guys understood that if we take care of our own end, then our skill is going to take over. And then we were scoring goals that we weren’t the whole year. Obviously, it helps with having a guy like Hunter Shepherd back there. But at the end of the day, our structure was really, really sound those last 18 games. Just looking to build off that and build defensively first.”

When asked if he had a good feeling heading into the summer about having a good core of returning players to build upon, Kotyk had a really big smile when he simply said: