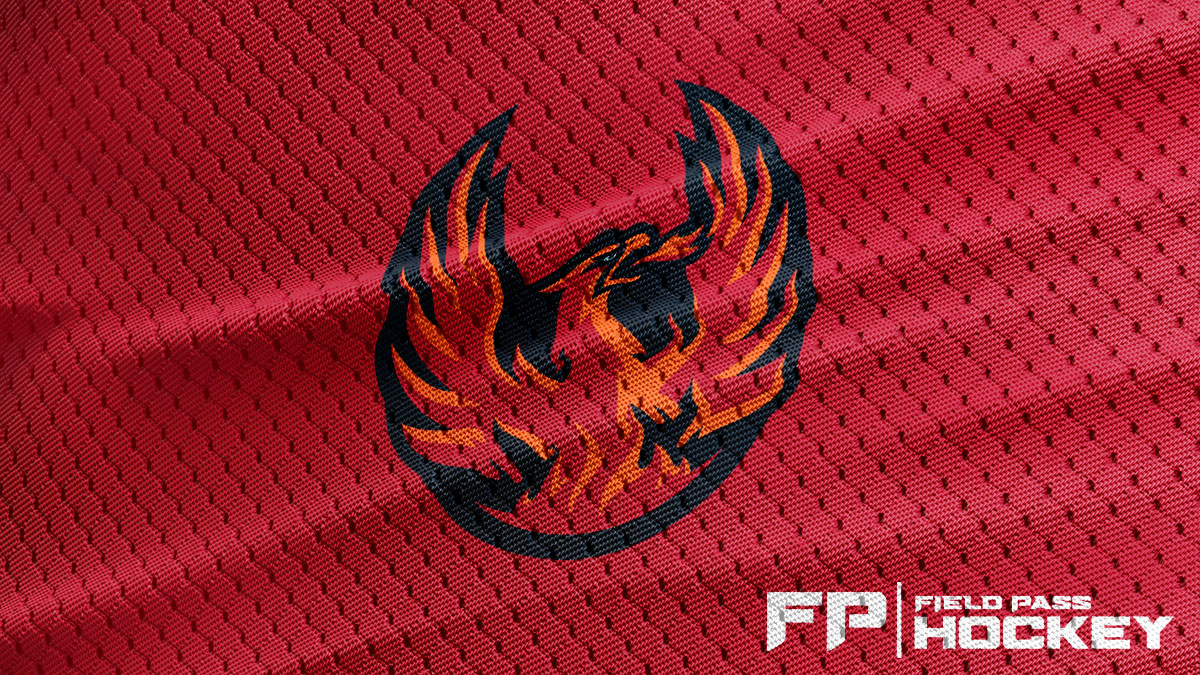 PALM SPRINGS, Calif. — It’s been a little over two months since the 32nd American Hockey League (AHL) franchise, the Coachella Valley Firebirds, announced their first head coach in franchise history, Dan Bylsma. Since then, he’s been hard at work laying the framework for the Firebirds’ inaugural 2022-23 season. The AHL affiliate of the NHL’s Seattle Kraken, the Firebirds have a special place in history. Not often does a brand new team get the chance to shape its identity while influencing that of a major professional hockey team.

Recently, Bylsma sat down exclusively with Field Pass Hockey to share his path to this new position, his thoughts on the franchise, and the plans to fill his staff and roster.

The plan for Bylsma, a Stanley Cup and Jack Adams Award winner, to become the Coachella Valley Firebirds’ first head coach was always in the cards. Well, it is if you ask him.

Heading into the 2021-22 AHL season, Seattle Kraken assistant general manager Jason Botterill and general manager, Ron Francis, reached out to Bylsma with a proposition. They needed a coach to watch over and help develop a small contingent of prospects that would be skating in the AHL for the season.

Though, Seattle didn’t have enough players to field a full AHL squad quite yet. Sure, they had gone through one NHL Entry Draft and the Expansion Draft, but they still lacked a significant depth of prospects who were AHL-ready. So, they partnered with the Florida Panthers to share an affiliation with the AHL’s Charlotte Checkers.

When Botterill and Francis reached out to Bylsma, it was simply with the opportunity to go to Charlotte to oversee the Kraken contingent of players.

“That was the opportunity that I was excited about last year,” Bylsma said. “But if you talk to me, the eyes were on the following year, knowing that the Kraken were gonna start an American Hockey League team. They were going to the Palm Desert Valley… That was something that I was hoping to get the opportunity to do.”

After the Checkers, with Bylsma as an assistant coach, made it to the 2022 Calder Cup Playoffs Atlantic Division Finals, they were eliminated in a three-game sweep by the Springfield Thunderbirds. With the season over, Seattle set their sights on the 2022-23 season in Coachella Valley.

Bylsma found himself a shoo-in for the head coaching position. He had just spent an entire season coaching some of the Kraken’s top prospects in North Carolina. The players and coach were comfortable with each other and had a connection that could be useful as they navigate this path to a new AHL franchise together.

On June 16, 2022, the Seattle Kraken and Francis officially announced the promotion of Bylsma to the head coach role.

“Dan worked with our prospects this past season in Charlotte and brings a wealth of NHL and AHL experience to our new AHL club. We look forward to Dan guiding our team,” said Kraken General Manager Ron Francis.

Very rarely do you see a coach changing teams while having a set of players move alongside him. When asked if that changed how he is approaching this role change, Bylsma had a coy smile. He sees this as possibly the best part of this unique opportunity. He’s already familiar with those players, who, in turn, are comfortable with him. Most importantly, they all know how Bylsma and the Kraken want to do things as an organization.

“That’s something we were starting last year, even though we were combined with Florida and a dual affiliation,” Bylsma commented. “In Charlotte, we were developing players with the Kraken mindset, how we want to play and how we want to develop players. So, those players got a little bit of that last year. But, it’s a good thing- for me as a coach and a good thing for the team in Coachella Valley that there are (existing) players (in the organization). We’re not starting from zero players, but have players that have a good understanding of how we want to play and how we want to act as pros. These guys that are coming in with me are going to have a good idea of what’s expected.”

What exactly are they expecting from their players? Who are they looking for to fill out the coaching staff? What kind of identity are the Coachella Valley Firebirds forming? Bylsma already has most of that decided and is putting the framework into place.

With any successful team, it all starts with the coaches. Obviously, Bylsma was a solid choice, bringing in coaching experience from the Unites Stated Olympic Hockey Team, the AHL, and NHL. That’s on top of 840 pro games as a player in the NHL, AHL, IHL, and ECHL. So, I asked what kind of people he’s looking for to help round out his coaching staff.

“I have to harken back to when I first was starting to be a coach in professional hockey. I just wanted to be a coach who would do anything, work at anything, and try anything to help the players get better. I wanted to see see how good they could become, so we put them on a path where they were challenged to work their hardest to get to where they are the very best. That’s what I’m looking for in coaches. They just need to be passionate, intelligent, smart, and good communicators that are going to do anything and everything they can to help the players get to their ultimate goal: the National Hockey League,” the first-year Firebirds head coach said.

Every moment on the rink is an opportunity to shine and @boof_campbell stepped up when it mattered the most.

The new assistant coach for the @SeattleKraken AHL affiliate @Firebirds goes through her incredible journey on and off the ice with us.

A world-class skating coach, Campbell fits Bylsma’s requirement of an intelligent coach that will do whatever they can to help the players. She knows what it takes to win a championship and will provide a unique set of skills for these young players.

Of course, the organization has plenty of other spots to fill on the coaching, training, and development staff. Though, all surely will be measured against Bylsma’s criteria to ensure the best possible outcomes for the players that come through Coachella Valley, whether they are on 2-way NHL deals or are AHL signees.

It’s a growing trend in recent years with NHL teams and their AHL affiliates: having a cohesive system from the top down. With an ever-increasing number of player moves between the leagues during the season, the NHL franchise wants to make the transition to the show as seamless as possible. But, how do coaches marry that with their own coaching philosophies? Bylsma, the coaching veteran of eight NHL seasons with stops in the AHL, had this to say:

“I think it’s critical for the development of the players and the organization that we are on the same page. It’s about how we want to play, what type of players we want to have, and what skills they all need to have, whether they’re Kraken players playing in the National Hockey League, or they’re playing in the American Hockey League with the Firebirds. The fans need to know that we’re going to develop them with a Kraken mindset. They are Kraken players and how Ron Francis wants our players to play, I will meld my style with that.”

With Coachella Valley and Seattle being in what is best described as their infancy, there is a lot of room to grow and carve out an identity that is uniquely theirs. With one season under the belt, the Kraken is well on the way to finding theirs. However, Bylsma and the rest of the Coachella Valley Firebirds’ coaching staff will be tasked with building on and fine-tuning that foundation.

He explained that his energy and beliefs align with what Francis and the Kraken have started, so he’s excited to help carve out what will hopefully be a successful development system. In fact, he’s anticipating at least one player under his tutelage in Charlotte to possibly make the jump to a full-time NHL player next season.

Defenseman Cale Fleury, a four-year AHL veteran with the Laval Rocket and Charlotte Checkers, notched seven goals and 26 assists for 33 points in 58 games for the Checkers last season. He became a Kraken via the Expansion Draft, along with his brother, Haydn Fleury. In nine appearances for the Kraken in their inaugural season, Fleury didn’t score any points but started racking up the ice time.

“I’m anxious to see a guy like Cale Fleury,” commented Bylsma. “I think he’s put himself in a spot where he could be vying for a spot with the Kraken full-time next season. Kole Lind too – his development as a player throughout the year, and he got time with Seattle at the end of the season… I’m more excited about the potential and possibility of seeing those guys get to be full-time NHLers.”

To build upon the contingent of players that will be assigned to the Coachella Valley Firebirds by the Kraken, the Firebirds are also signing free agent talent of their own. For Bylsma, he’s looking for on-ice skills and players who know how to impact the scoresheet and the locker room. With that guidance, they signed Samuel Buček and Ian McKinnon to AHL deals for the 2022-23 season.

“We are building a team that leads with skill, tenacity and impact on and off the ice. Both Samuel Buček and Ian McKinnon have the potential to be strong leaders for our team, and we anticipate them having a solid impact in the AHL.”

Buček has professional and international experience while bringing in a knack for scoring. Just last season, he was the top scorer in Slovakia’s professional league, as well as the league’s playoff Most Valuable Player. Meanwhile, McKinnon brings 90 games of experience in the AHL and the ECHL since turning pro in 2019. He’s helped lead the ECHL’s Jacksonville Icemen to the playoffs in the 2021-22 season, scoring a point in two of four playoff games. Both players will be part of the bedrock of the Coachella Valley Firebirds franchise.

As the week’s toward the start of the AHL season tick away with increasing speed, Bylsma will be spending time in Seattle. Mainly, he’s looking to get a head start on the season and get to know the recent Kraken draft picks and other prospects in the organization.

For now, Bylsma joked, his day-to-day work is being on Zoom “an awful lot.” Even with the signings they already have under their belt, there are still more players and personnel to put into place. From the rest of the assistant coaching staff and video coaches to equipment managers and athletic trainers, a slew of other people will be part of the building process for the Coachella Valley Firebirds. Day in and day out, Bylsma is working hard at getting a staff that will be involved and is a big part of the development process for the team.

Though they won’t drop the puck in their home arena, Acrisure Arena, until December, they will start the season on time. The kick-off to their inaugural campaign will be a two-game series in Calgary, which begins at 12 p.m. on Sunday, October 16.