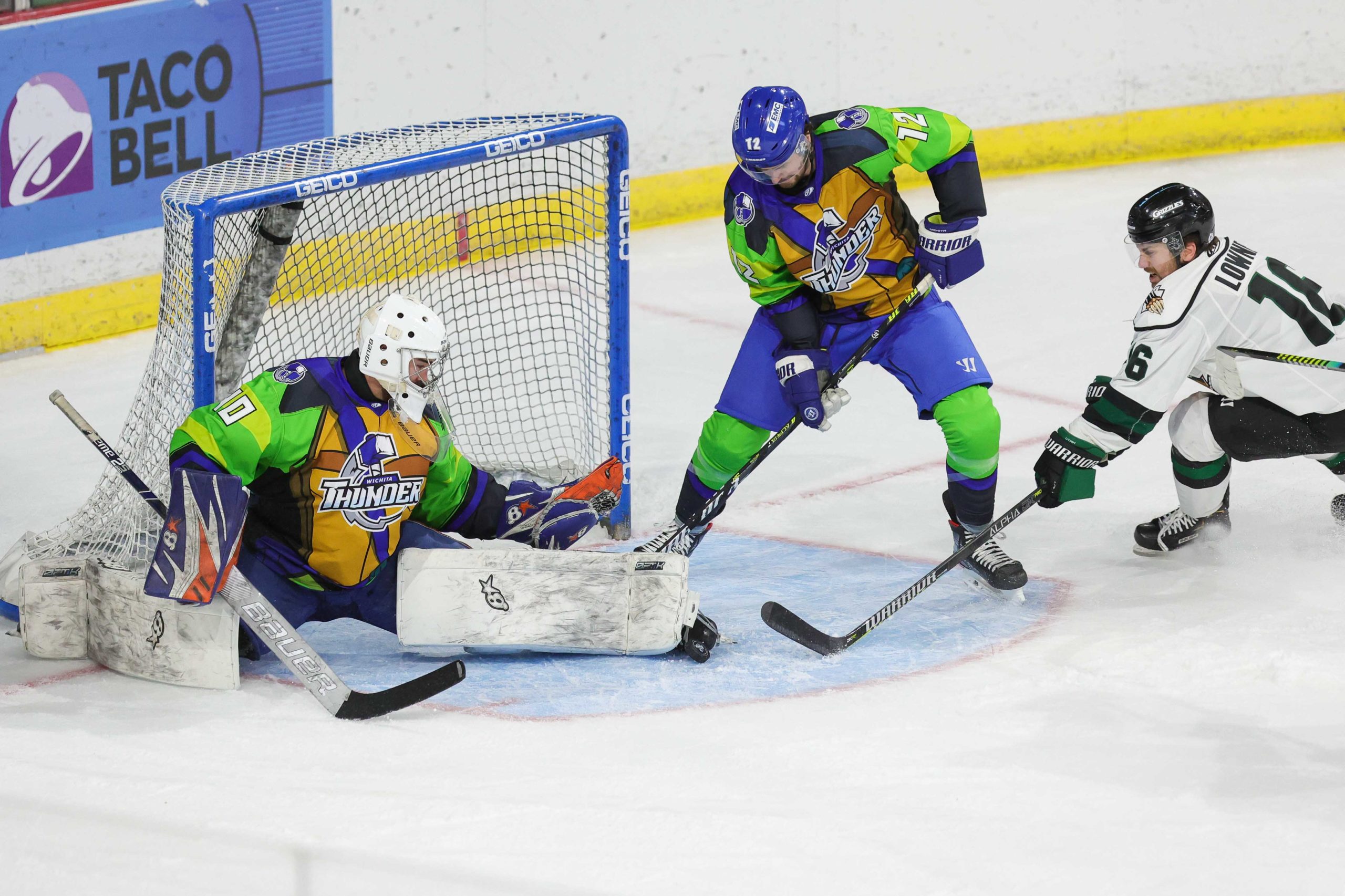 WICHITA, Kan. – Just hours after one of the wildest Thunder games this season, the Utah Grizzlies and Wichita Thunder renewed acquaintances inside INTRUST Bank Arena in the middle game of their three-game weekend set.

The big news for the Thunder entering the game was that Patrik Parkkonen left the team to return to his native Finland. Head coach Bruce Ramsay told The Sin Bin he left so he could rest up to play next season (European season begins in August). With Parkkonen gone from the roster, it meant that rookie Alex Peters would draw into the lineup for Wichita.

The team was also looking for retribution for a dangerous hit on defenseman Cam Clarke late in Friday night’s contest. Conveniently, Hayden Hodgson, the person who delivered the hit was a healthy scratch for the contest. But, that didn’t stop Ramsay from starting all five of his tough guys; Stefan Fournier, Ryan White, Mathieu Gagnon, Sean Allen, and Jacob Graves to begin the game. The show of force didn’t seem to deter Utah, as the game began quietly.

In fact, the first period was pretty quiet for both sides, as they drew to a scoreless draw through 20 minutes. The opening 15 minutes was generally a toss-up, but Utah controlled much of the final five minutes of the opening period.

Referee Cameron Fleming began making his mark on the game in the second period, giving the Grizzlies four power-play chances, to just one for the Thunder. Wichita was able to kill all four Utah power-play chances and with the momentum on their side, capitalized with 11 seconds left in the period for the game’s only goal. Matteo Gennaro fired a shot on net, and Ryan White slid the rebound by Grizzlies netminder Garrett Metcalf to give Wichita a 1-0 lead.

The Utah barrage of shots continued in the third period, posting another 16 on to Buitenhuis, who was sharp all night long. The Thunder penalty kill was also sharp, killing off all seven Utah chances on the evening, including a late power play with under two minutes to go in regulation time.

Evan Buitenhuis collects his second shutout in a Thunder uniform, stopping a season-high 53 shots en route to the win. He improves to 7-2-0-3 on the season. Overall, the Thunder improves to 29-12-4-1 and are now back on top of the Western Conference, thanks to a Fort Wayne regulation loss in Indy. 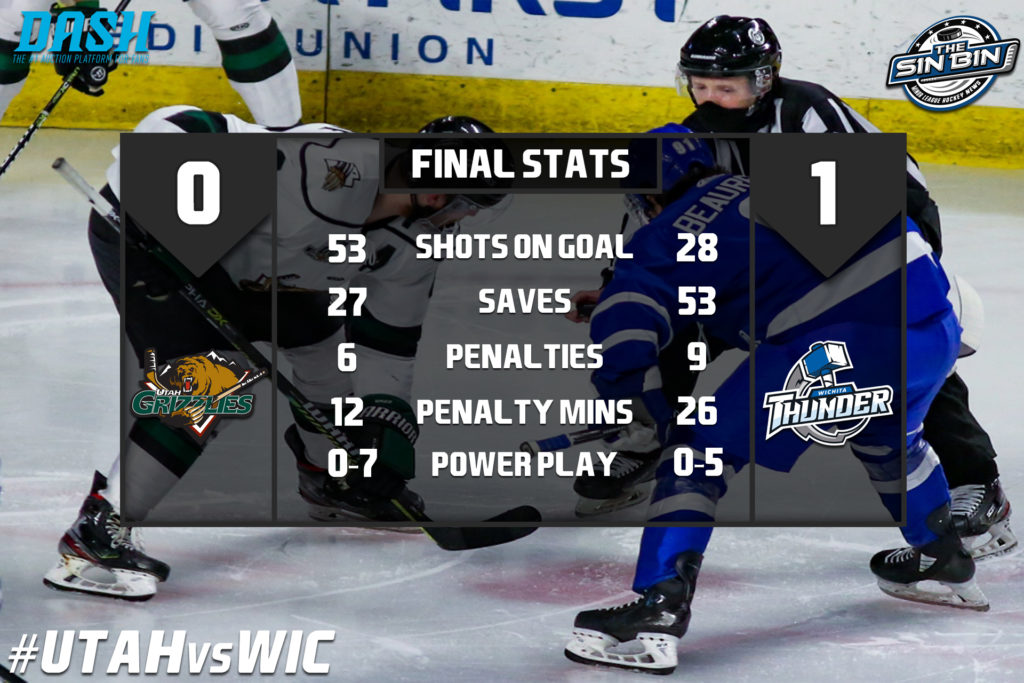 The same two teams will finish off the weekend three-in-three tomorrow afternoon at 4:05 pm CT. Matthew Will and I will have The Sin Bin Pregame Show at 3:25 pm.