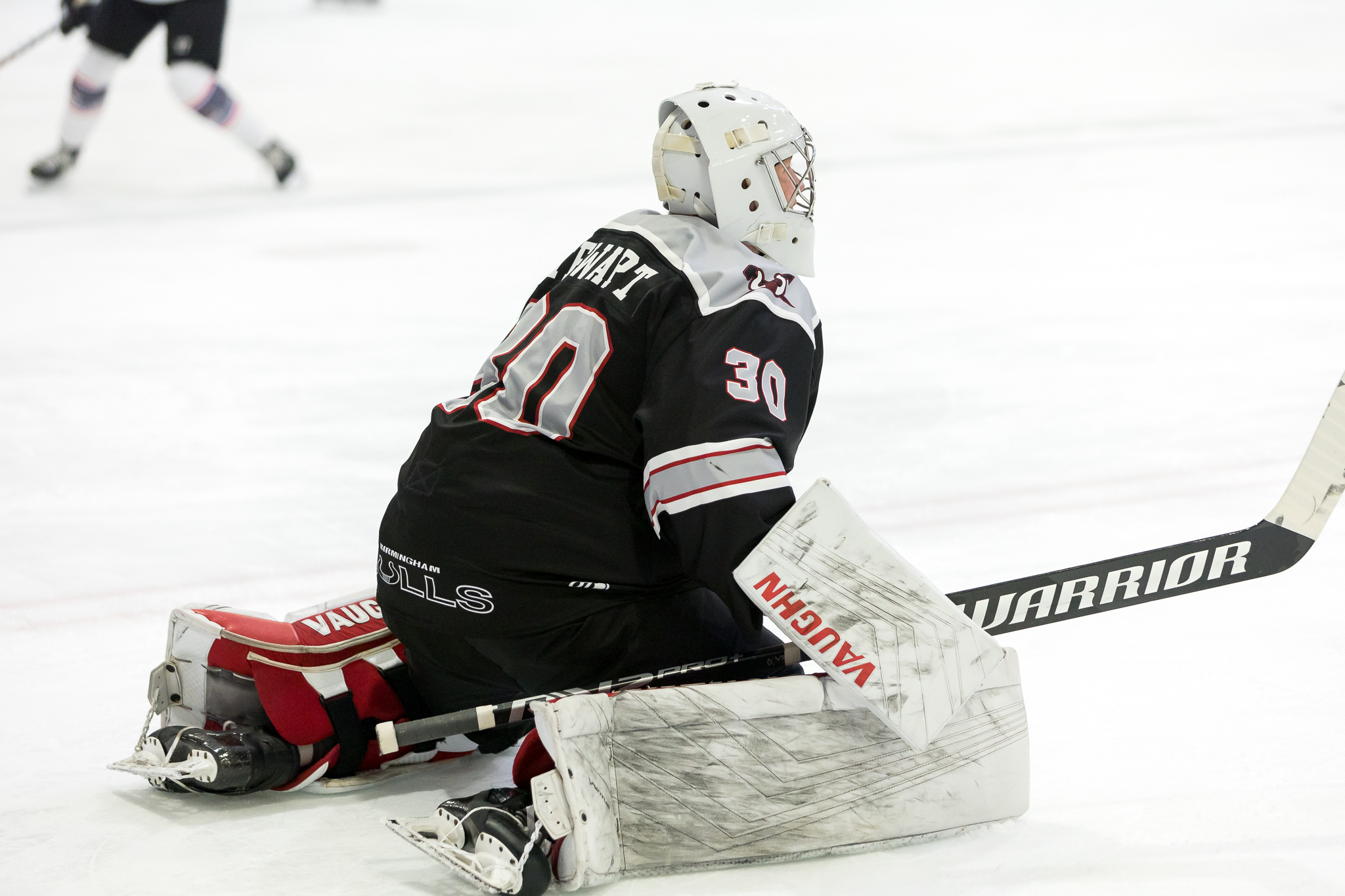 The Birmingham Bulls traveled up to Danville for the first of a two-game series against the Vermilion County Bobcats on Friday night, taking a 2-0 win.

As the first period got moving along, it took a while for either team to get into any kind of rhythm on the ice. The period as a whole only featured 11 shots on goal combined, seven for the Bulls and four for the Bobcats.

Birmingham found some offense at the 12:01 mark in the first period. Freshly re-signed Joseph Deveny beat the Bobcats goaltender after winning a battle on the boards behind the net. Deveny moved along the right faceoff circle and sent a wrist shot flying into the back of the net. Late in the period, the Bulls were given their first powerplay chance when Vermilion County’s Dominick Horvath got called for a slash. The powerplay struggled to get anything going, and the period came to a close with 57 seconds of powerplay time remaining to start the second period.

Birmingham’s powerplay couldn’t get anything going to start the middle frame. Early on in the period, Hayden Stewart had to make some pretty big saves to keep the Bull’s one-goal lead intact, and he stood tall all period long. Stewart’s counterpart Ben Churchfield of the Bobcats was also up to the challenge of coming up with some big saves of his own. The penalties started rolling in about midway through the period when Kasey Kulczycki got in a fight a few weight classes above his own with the Bobcats Ryan Devine. After the fight, Birmingham would get three more minor penalties but would kill off all three and go into the 3rd with their 1-0 lead still intact.

Birmingham had to finish killing off a penalty to start the third, and was once again successful, staying perfect on the penalty kill. Vermilion County’s Devine would get called for his third penalty of the night just over two minutes into the period, and this time the Bulls would make the Bobcats pay. CJ Hayes would take control of the puck in the right faceoff circle and snap a quick shot that beat Churchfield short side, giving the Bulls a 2-0 lead early in the third period. Birmingham would get a few more powerplay chances in the period but couldn’t find the back of the net on either chance. When the final horn sounded, Hayden Stewart got his first shutout of the season, and the Bulls were victorious for the first time since November 13th.

In the shutout, Stewart stopped 25 shots and made some clutch stops late in the game to ensure the Bulls kept the lead. Deveny’s goal, which was the eventual game-winner, was his first goal of the season, and it came in his first game back with Birmingham after being picked up off waivers from Peoria.

Next up for the Bulls is a rematch with the Bobcats on Saturday night in Danville. So far this season, both teams have struggled to find their offense, so don’t be surprised to see another low-scoring affair.