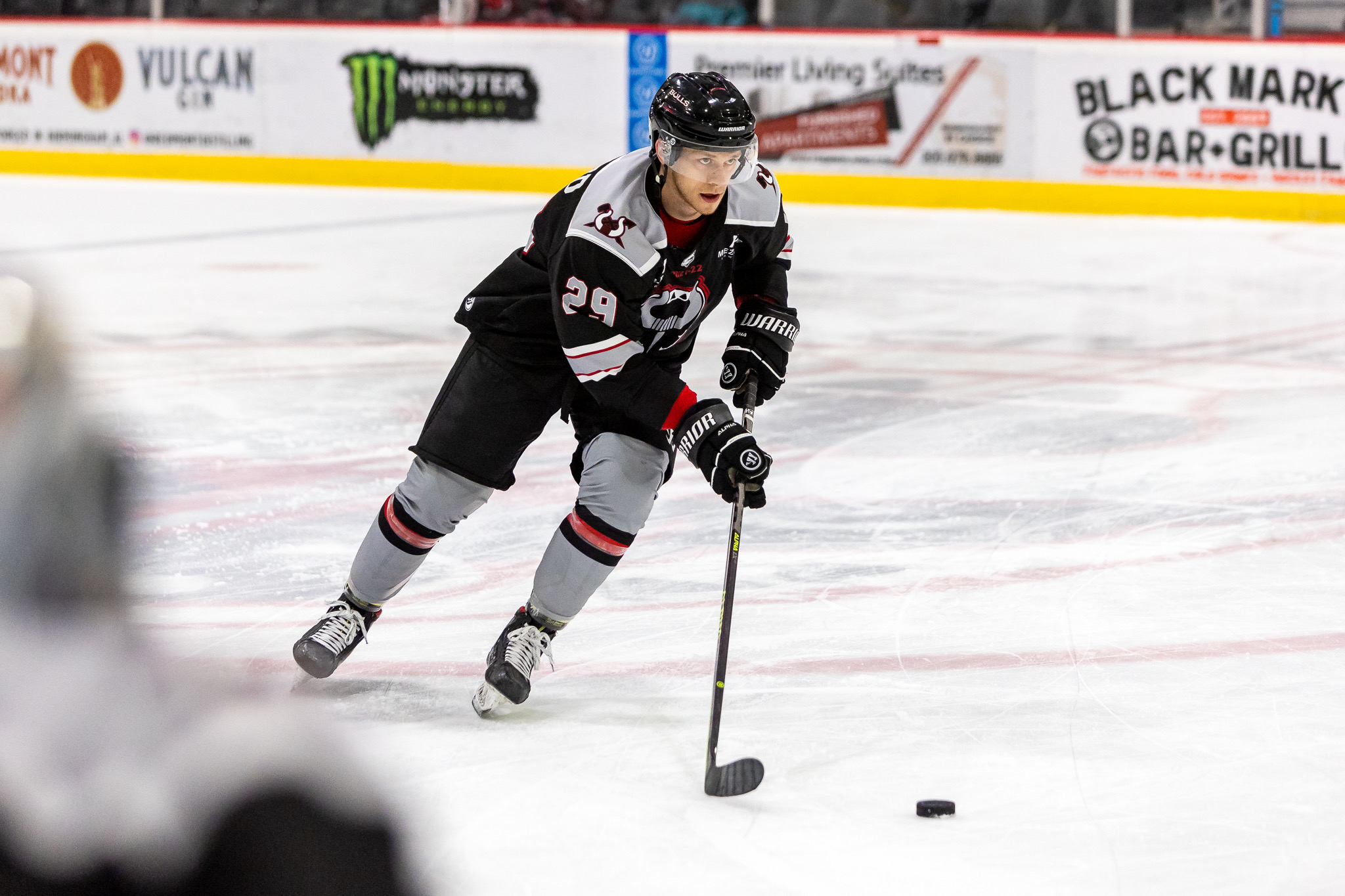 Bulls Calm the Mayhem in Come From Behind Victory

Bulls Calm the Mayhem in Come From Behind Victory

MACON, Ga. – One night after being shut out by the Huntsville Havoc, the Birmingham Bulls traveled to Central Georgia to take on the Macon Mayhem. The Mayhem would also be looking to rebound after a tough 6-2 loss one night before at the hands of the Fayetteville Marksmen. The Bulls have struggled against the Mayhem all season long, dropping three of the four games between the two. This night though, belonged to the Bulls in the form of a 5-3 victory.

The first period got rolling along, and the intensity was there instantly. Each team exchanged chances, but Austin Lotz and Greg Hussey were sharp to start the game. It wasn’t until just after the period’s halfway point that we would finally see a goal on the board. Colton Fletcher stole the puck away from the Mayhem in the Bulls offensive zone. He skated his way through three Mayhem defenders in an impressive individual effort. Then, he released a wrister that beat Hussey glove side to give Birmingham the 1-0 lead.

Macon didn’t dwell on the goal very long and exactly one minute later found the back of the net themselves. The goal came right off a faceoff to the right of Austin Lotz. Nigel Slade won the faceoff back to Devin Brink. Brink sent a slapshot zinging through traffic and past Lotz tying things up at one.

The game’s first penalty was called on the Bulls at the 14:45 mark of the period, and it was against Brody Ducan for a hook. For some reason, the Bulls didn’t get the memo that they were a man down, and 55 seconds into the penalty kill, the Bulls won a faceoff in the neutral zone back to David Nippard. Nippard passed it off to Rose, and the two turned the play into a two-on-one breakaway with a few Mayhem defenders in tow. Rose skated off into the left faceoff circle while Nippard worked his way into the blue paint. Rose sent the puck over the Nippard, and Nippard caught the puck on the backhand, flipping it past Hussey to give the Bulls back the lead. 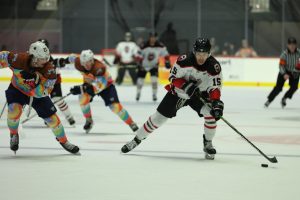 After a wide-open first period, the two teams headed into the locker room that featured a combined 25 shots on goal. However, you got a sense this wouldn’t be the end of the scoring as the Bulls led 2-1 after one.

Macon didn’t wait too long to tie things back up once the second period got rolling along. 5:46 into the period of the long change. Michael Joehnk skated in off the left-wing boards and dished the puck over to Zak Lambrecht, who saw a wide-open net. Lambrecht would not hesitate as he put the puck past Lotz, who couldn’t come across the crease in time to make the save. Once again, things were all tied up.

The two teams exchanged minor penalties for hooking in the middle of the period. Still, both teams’ penalty kill units held on strong and didn’t allow the scoreboard to change. Finally, with under four minutes to go in the period, the Mayhem broke the tie and saw their first lead of the night. He moved into the offensive zone and took a shot from the right faceoff circle that beat Lotz over the shoulder on his glove side, giving Lambrecht his second of the night. And now the game had a whole new feel to it.

Macon would have to kill off a penalty late in the period after Joehnk was called for tripping. Joehnk also received a ten-minute misconduct on the play for obscene language. The Mayhem did kill off the penalty successfully and went into the second intermission holding a one-goal lead over the Bulls.

Birmingham didn’t start the second period off on the best of notes. Colton Fletcher was called for slashing just 22 seconds in, and the Bulls penalty kill had to go to work for the third time of the evening. The penalty kill unit did their job and kept the Bulls within one goal. Just 30 seconds after the penalty expired, the Bulls found their way back onto the scoreboard. This one came when Aaron Huffnagle found Alex Cohen in the high slot. Cohen took the pass and sent a slapshot sailing past Hussey to tie things up at three.

Roughly four and a half minutes later, it was like deja-vu for the Bulls. Jake Pappalardo sent a pass from the left boards to a streaking David Nippard in the high slot, and Nippard hit the back of the net for the second time in the game. At this point to Bulls regained the lead 4-3.

With under five minutes remaining, Kyle Soper was called for tripping giving the Bulls a powerplay chance once again. Macon head coach Zac Desjardins used the TV timeout to formulate a plan, and it paid off. Macon took the puck into the Bulls’ defensive zone right of the faceoff, creating a high-quality scoring chance. Lotz stopped the shot, but the Bulls were called for a penalty because of a hook by Colton Fletcher. The teams skated 4-on-4. Birmingham killed off the short powerplay, and both teams returned to full strength.

Fresh out of the penalty box, Colton Fletcher gathered the puck at his own blueline a short time later. He moved down into the offensive zone and used some slick moves to beat Hussey for his second goal of the night. Suddenly, the Bulls had a two-goal lead. 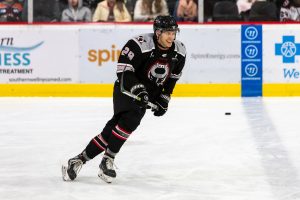 With around 1:30 remaining in the third period Macon pulled the goalie to see if they could use the extra attacker to score two quick goals. The Mayhem had a few chances but nothing to write home about. The final horn sounded, and the Bulls came out on top.

After not scoring a single goal on Friday night, the Bulls scored five against the Mayhem. Both Nippard and Fletcher scored twice in the winning effort. The Bulls have now won four of six games in February. They are looking to make it five when they travel to Huntsville to take on the Havoc Sunday evening for the second matchup between the two Alabama teams this weekend.