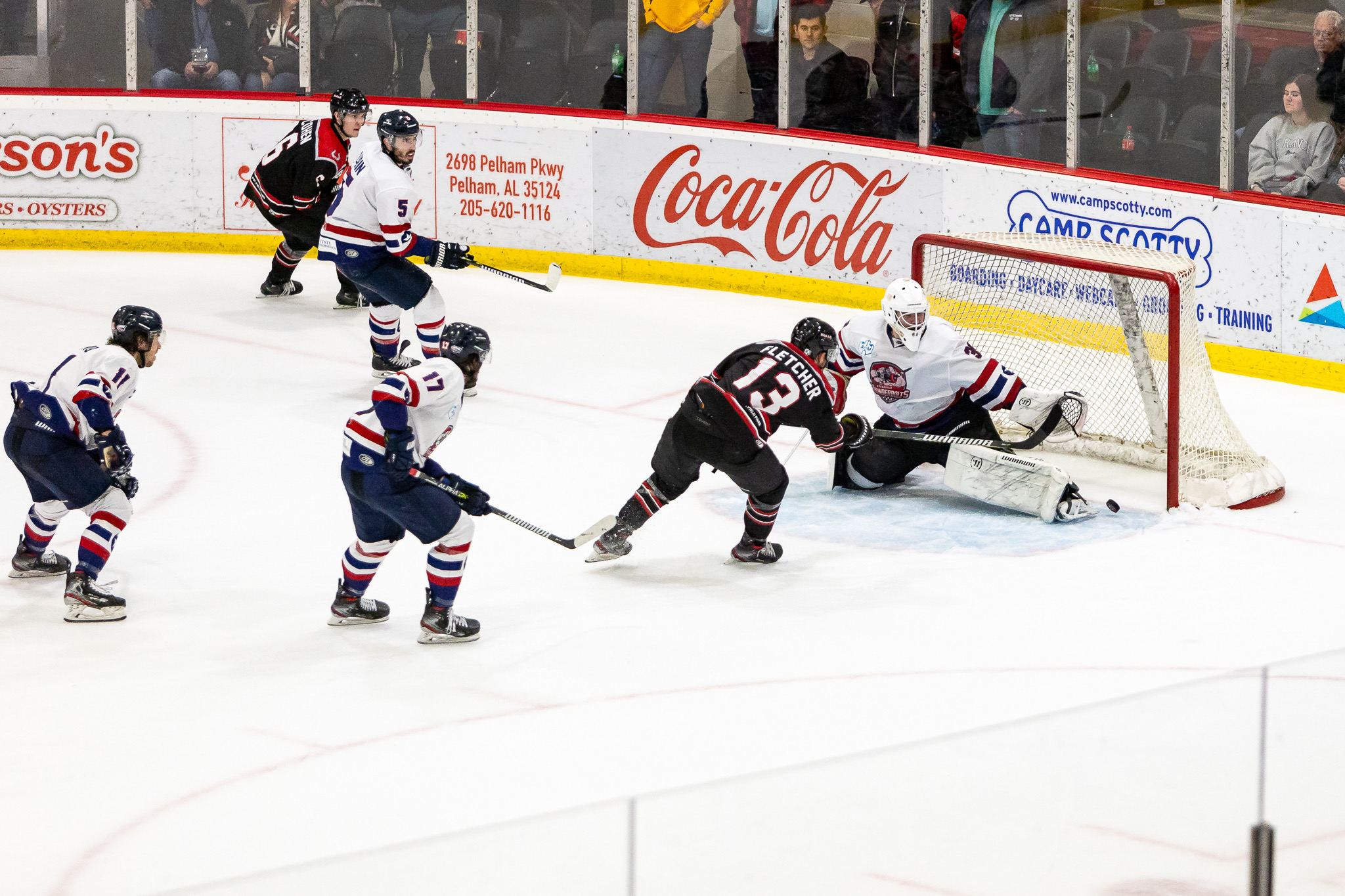 The Birmingham Bulls set out to try and close the gap on the Evansville Thunderbolts, the team they are chasing for the final playoff spot

PELHAM, Ala. – Friday night, the Birmingham Bulls set out to try and close the gap on the Evansville Thunderbolts, the team they are chasing for the eighth and final playoff spot. They came into the night trailing the Thunderbolts by 16 points in the standings and having one game in hand.

Birmingham was able to come out of the first of back-to-back games against Evansville with a victory, but it wasn’t exactly how they had planned. It took overtime to finish off the Bolts, which means Evansville also gets one point in the standings after falling 2-1 to the Bulls. Nonetheless, the Bulls came out with the all-important two points. 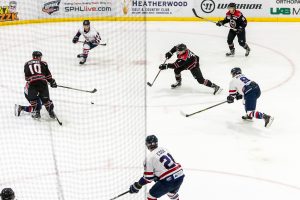 On paper, these two teams match up very well, and the first period showed us exactly that. The Bulls and the Thunderbolts came out with a lot of energy to get things going. However, we quickly found out that Evansville’s Brian Billett and Birmingham’s Hayden Stewart were more than ready to stop everything that came in their direction.

It was going to be one of those games that special teams would have to capitalize on. Birmingham was gifted the first powerplay of the night at the 9:15 mark but failed to put any points on the board. The Bulls would get another shot at the man advantage when Coy Prevost was called for a high stick five minutes later. The powerplay wouldn’t last long, though, when the Bulls got caught with too many men on the ice just over a minute into the powerplay. Neither team would score during four-on-four play. As the Thunderbolts powerplay was dwindling down, Zane Jones redirected a shot by Brandon Lubin in front of the net, and the puck snuck past Stewart, putting the Thunderbolts on the board first. Evansville would head into the locker room with a one-goal lead heading into the second. 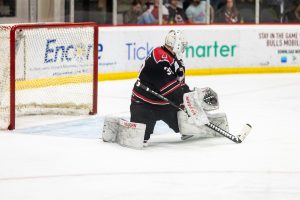 The second period was very defensive-minded play by both teams. There were only 11 shots on goal registered between both teams. After seeing ten minutes of penalty time served in the first period, the penalties were also cleaned up. The second only had one penalty, and it belonged to Evansville’s Timothy Faulkner when he was caught slashing. That was all the Bulls needed, though, to tie things up. Joeseph Deveny was able to find Scott Donahue moving across the high slot and dished the puck over to him. Donahue took advantage of the traffic in front of the net and beat Billett over the shoulder on the far side. The score was all tied up at one goal apiece, and it would stay that way for the remainder of the middle frame.

Both teams understood the importance of the next goal in the third period, which made for some exciting hockey to watch. The Bulls went on the powerplay just 38 seconds into the period when Kyle Gonzalez was sent to the penalty box for tripping. Birmingham was able to kill off the penalty despite the Thunderbolts seeing a few quality chances at the net only to be robbed by Stewart. Just over six minutes in, the Bulls once again headed on the penalty kill. Still, this one didn’t last long because Evansville’s Tanner Butler would get called for interference. While on the powerplay, Bulls captain Mike Davis found himself on a breakaway and was dragged down to the ice by Faulkner. This resulted in the Bulls’ first chance at a penalty shot all year. Davis moved in with some speed and tried to go five-hole on Billett, but the confident Thunderbolt netminder was able to close the door and keep the score tied at one. Faulkner gave the Bulls another chance to get the go-ahead goal with under five minutes remaining when he was sent to the box for tripping, but the Evansville penalty kill stood their ground and wouldn’t let anything in; they even ended up with a few scoring chances of their own. Ultimately this game would need to be decided in overtime, though. 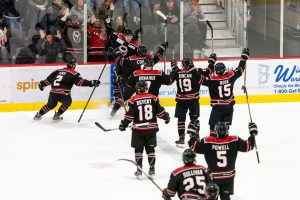 Birmingham came out buzzing in overtime and spent most of the extra period in the offensive zone. Billett was up to the task throughout most of the period, until there were 51 seconds remaining, when Colton Fletcher would finally break the tie. Fletcher came into the offensive zone on the right-wing boards and spun around defenders until he finally found an open Alex Cohen, who returned the puck right across the slot back to Fletcher. He flipped the puck up and over Billett’s pads to give the Bulls their first victory over the Thunderbolts this season.

This victory was the Bulls’ tenth of the season and brought them within 15 points in the standings of the Thunderbolts and the Pensacola Ice Flyers for that final playoff spot. Birmingham and Evansville will close out the weekend against each other once again on Saturday night at the Pelham Civic Complex.

With only 20 games left on the schedule this season and four of those being against the Thunderbolts, every point is essential if the Bulls want to make that push for the playoffs. After a tough start to the season, this team looks to finally be coming together. Now it’s just a matter of can they catch up?