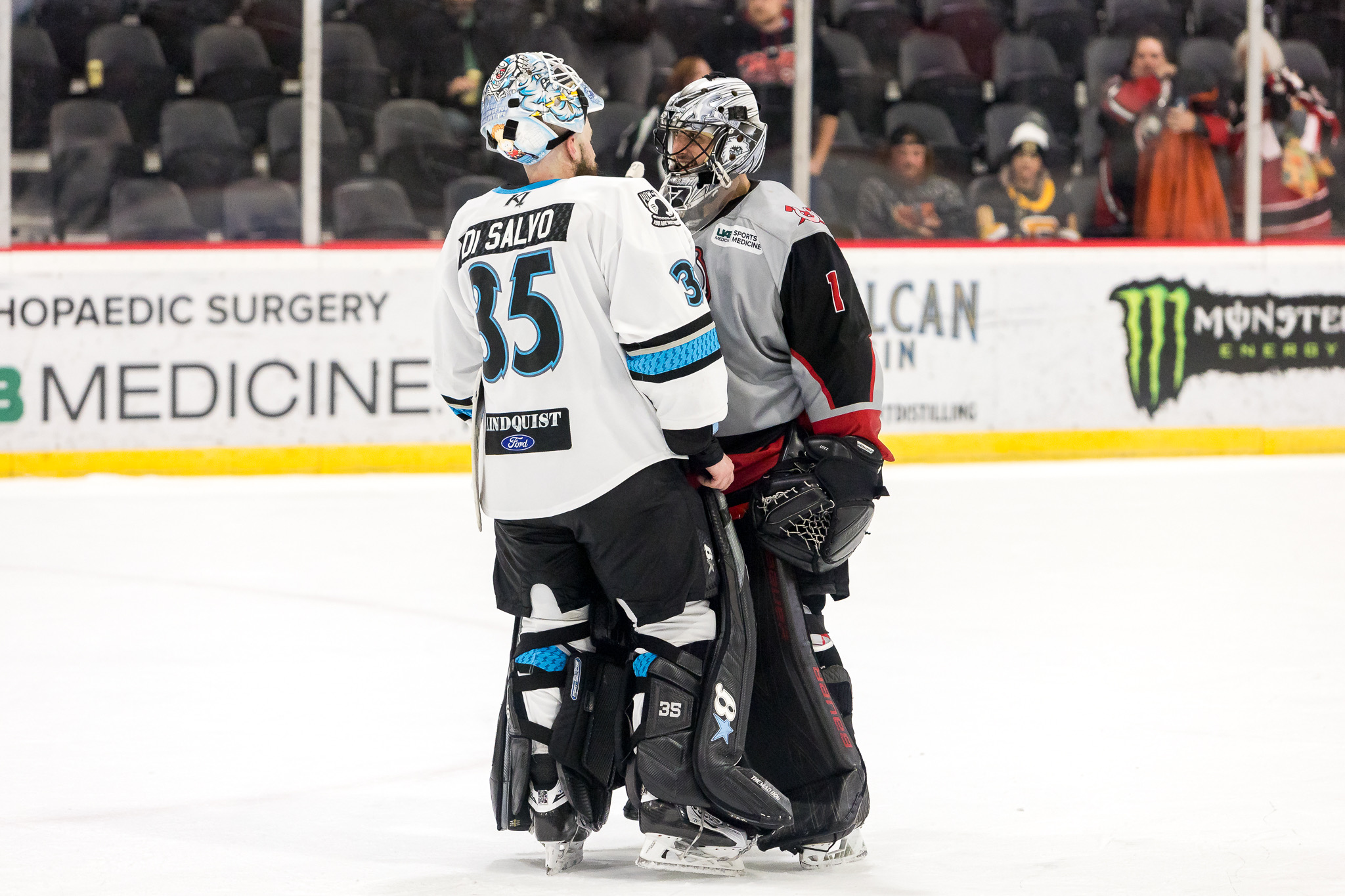 Pelham, Ala.- After dropping their only game of the weekend 5-2 against the Quad City Storm, the Birmingham Bulls have found themselves with a 2-6-4 record that puts them in ninth place in the SPHL standings. The Bulls have faced some early-season struggles, and after week six in the league, we are starting to see a clear divide in the standings that features Birmingham on the outside looking in if the playoffs were to start today.

In-state rival the Huntsville Havoc has been finding ways to win and broke the Bulls record of most wins to start the season when they defeated the Peoria Rivermen 3-2 this past Saturday night in the shootout. The Quad City Storm have taken care of business, winning ten straight before finally falling to Pensacola Saturday night. Those are the teams at the top that the Bulls are looking up at in the standings. So what is it about this Bulls team this season that is causing them to struggle early on?

To start the season, costly penalties were causing things to fall apart late in the game. It’s tough to win games when you are playing short-handed for a large chunk of the game or late in a game that you are trailing in. Head coach Craig Simchuk was able to get his team to clean up the penalties, for the most part, a few weeks into the season, and the wins are still just not coming the way he and the rest of the team want.

Even though the penalties have calmed down, there are some serious special teams issues on this squad this season. Starting with the penalty kill, which is only at 66.1%, the only team worse in the league right now is expansion team Vermillion County Bobcats at 62.5%. The Bulls have struggled to get the puck out of their defensive zone.

At times they have looked confused on the penalty kill, which leaves a man wide open in front of the net, ultimately resulting in a goal for their opponents. The powerplay is just as bad despite having guys like Mike Davis and Russell Jordan who know how to get the puck in the back of the net. The powerplay is at a 7.3% success rate, and that just isn’t going to cut it.

The team struggles to find open ice on the powerplay when trying to get set up, and because of this, they aren’t seeing quality chances. If the Bulls want to see success the rest of this season, special teams are a significant area of interest that they will need to improve on. 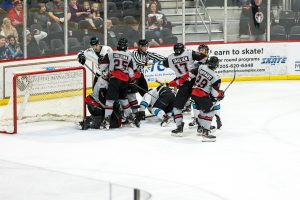 Let’s talk about the 5-on-5 play now. The Bulls are 5th in the league in goals scored with 35 goals, but why doesn’t that transfer to the win column? That would be because they are league-worst for goals against sitting at 54 goals against. It’s always easy to blame the goaltender, but that isn’t the case here. Austin Lotz and Hayden Stewart have been playing very well for the team; it’s the defense in front of them that breaks down, resulting in a majority of these goals. The defense has been playing loose in their zone, and that usually creates a lot of scoring chances for the other team. When not playing in their own zone, the Bulls have struggled to get out of the neutral zone, and it’s not very often we see a clean break into the offensive zone. Many times we see the puck come into the offensive zone; we see the old dump and chase play which can work sometimes. Still, if you’re not winning those battles in the corners, the puck won’t stay in the offensive zone very long. 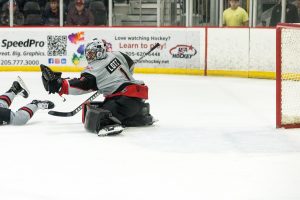 The thing I think that is killing Birmingham fans and the players themselves about all of this is the fact that the Bulls can be getting outshot 9-1, but that one shot was a goal. That is a great start, so why is it a bad thing, you ask? Well, it’s not all bad; this means they are making the best of their scoring chances. The problem here is the number of quality chances this team is getting. Teams they have faced all season have done an excellent job to keep everything to the outside, which means nobody is getting a good look at the net. This team can be very dangerous if they can figure out how to get out of the neutral zone clean and generate more quality scoring chances. We have seen when things are going well; they can put up big numbers like the eight-goal performance against Fayetteville a few weekends ago.

The Bulls need to find a way to become more consistent in all aspects of the game. We have seen them put together a good period of hockey here and there. Still, even in the 8-5 victory over the Marksmen, the team allowed four unanswered goals in the first, which meant they needed to claw their way back into that game. This team can make some noise in the league, but first, they need to get back to the fundamentals of hockey which starts with playing three periods of hockey and not committing needless penalties that result in goals against.

Adding insult to injury, Bulls goaltender Austin Lotz was just called up to the Jacksonville IceMen of the ECHL, so now everything falls on Hayden Stewart’s lap heading into this week’s games. Stewart is fully capable of handling things but playing three straight nights in a row if coach Simchuk can’t fill the void will be a difficult task to take on for the young netminder.

Next up for the Bulls is the Knoxville Ice Bears, which starts a 3-game road trip over the Thanksgiving holiday. They will face the Havoc on Thanksgiving before going back up to Knoxville to close out the weekend. Maybe a good old-fashioned road trip will be what this team needs to get things back on track but, this will not be an easy task because Huntsville is currently atop the standings and the Ice Bears are not far behind, sitting in third place.