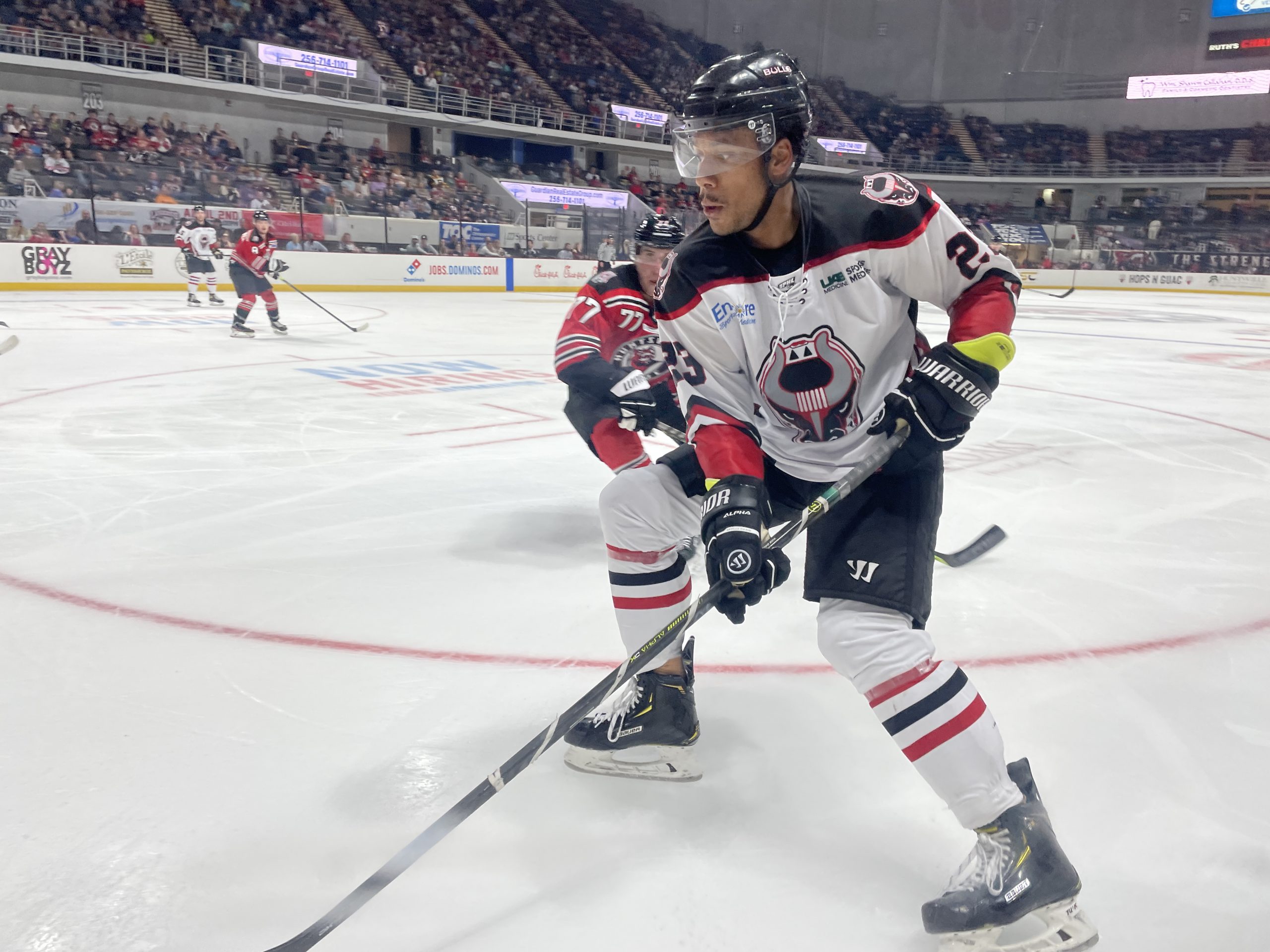 PELHAM, Ala.-  Opening weekend in the SPHL did not go as well for the Birmingham Bulls as they had planned. The Bulls lost Friday night to in-state rival Huntsville 7-4 in a very one-sided game despite the four goals scored. The Bulls looked to right the ship down in Pensacola on Saturday night against the defending SPHL champion Ice Flyers. But, unfortunately, they fell short in overtime, 3-2.

Friday night started out with former Bull Jacob Barber scoring just 1:11 into the game. Less than a minute later, though, Barber’s former line-mate and long-time Bull Mike Davis tied things up. From that point forward, however, things took a turn for the worse for the Bulls. Birmingham found themselves in a 6-2 hole heading into the third period between penalties and turnovers. The bright spot in the 3rd was the fact that rookie forward Carson Rose was able to find the back of the net twice.

Heading into Saturday night, Birmingham knew they had a few issues to address before playing in Pensacola if they wanted to leave the weekend with at least two points on opening night for the Ice Flyers, who also raised the 2020-21 Presidents Cup banner to the rafters at the Pensacola Bay Center.

The game got physical quickly after the puck dropped, but the Bulls didn’t let in a quick goal like as they did the night before. It wasn’t until the 7:39 mark that the first goal was scored with it going to Dalton Young of the Pensacola Ice Flyers. After the goal, the two teams combined for 36 penalty minutes before the next goal of the game, which was again a goal for the Ice Flyers. Birmingham did however, mount a comeback as the 2nd period came to an end.

Midway through the third period, Yianni Liarakos got the game-tying goal. Suddenly, the Bulls were in a position to win. Once again, though, penalties riddled Birmingham, with three penalties against the Bulls through the third period.  Birmingham started overtime on the penalty kill. It only took Dalton Young of the Ice Flyers 12 seconds to find the back of the net and hand the Bulls their second loss of the weekend.

“Proud of the guys battled back,” Bulls head coach Craig Simchuk said. “They showed a lot of character and fight. There was a lot of intensity and emotion in the game, but we have to find a way to not cross the line and take timely penalties.”

The Bulls now prepare for the home opener at the Pelham Civic Complex on October 22nd when they welcome in the Knoxville Ice Bears, who handled business at home this past Friday night in a 3-1 victory over the Macon Mayhem.