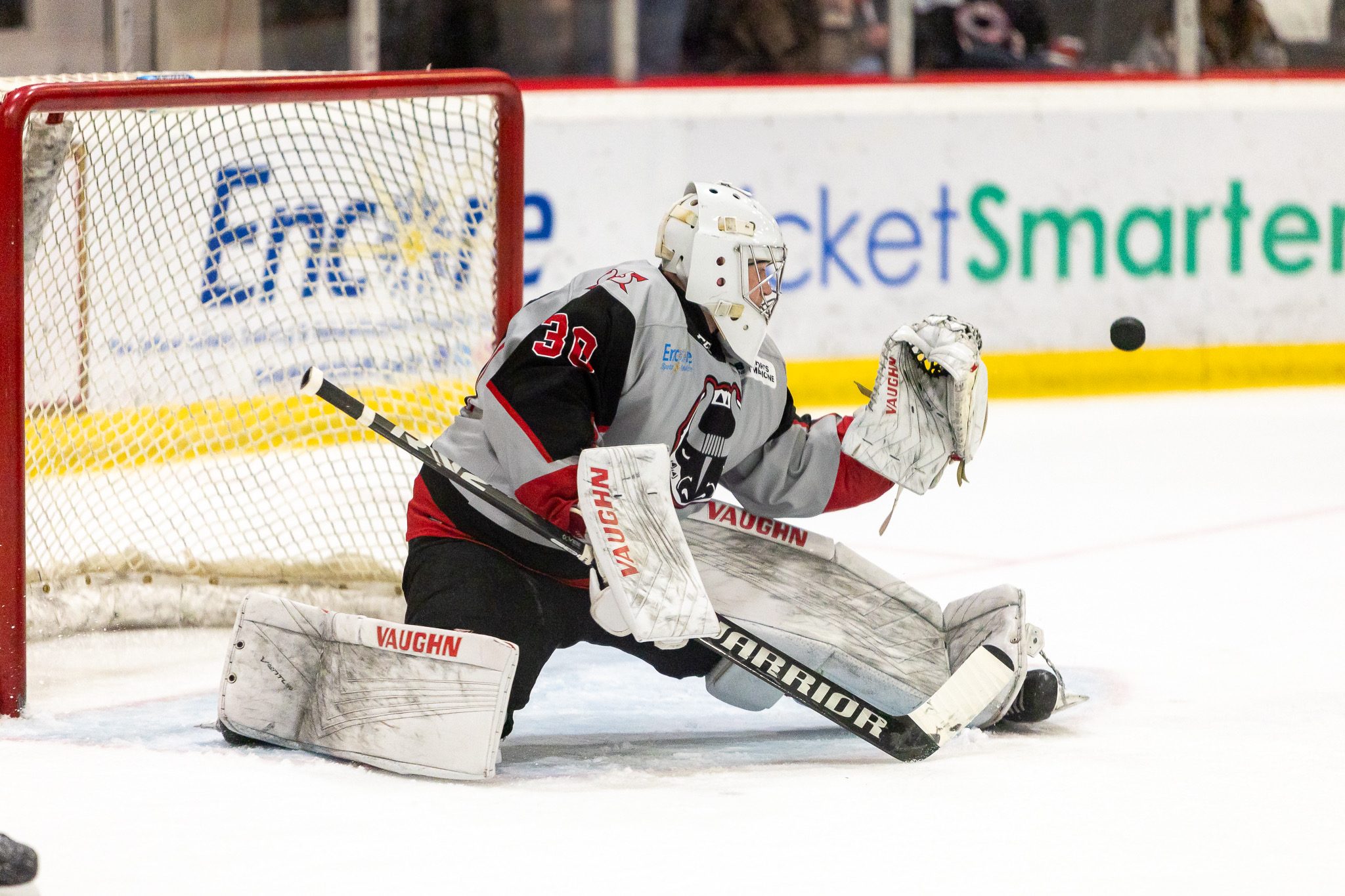 Bulls Inch Closer to The Playoffs

Bulls Inch Closer to The Playoffs

PELHAM, Ala- The Bulls went into the weekend with a possible six points they could bring home in the standings and came home with three. It was not a bad weekend considering the first game was against the team they are chasing for that final spot, the Roanoke Rail Yard Dawgs.

Before heading off on a five-game road trip, Birmingham welcomed the Rail Yard Dawgs to the Pelham Civic Complex for the final matchup between the two teams this season. The Bulls took an early 3-0 lead in the first ten minutes of the game and never looked back. They ended up besting Roanoke with a final score of 6-1. This game completed the season series sweep for the Bulls and, more importantly, brought them 2 points closer to that coveted 8th – and final – playoff spot. Mike Davis, who has missed the past couple of weekends, returned to the Ice on Thursday night, and the team felt his presence as he scored a goal and added a helper. The three newcomers to the team out of the University of Wisconsin Superior also had an excellent night. Coltyn Bates, Troy MacTavish, and Jordan Martin put up four combined points. 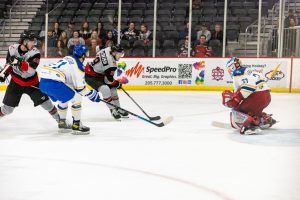 Friday, the Bulls headed up to Evansville for back-to-back games against the Thunderbolts. This weekend mini-series did not disappoint; both Friday and Saturday night’s games went into overtime and kept everyone on the edge of their seats. The Bulls lost Friday by a final of 4-3; it took twelve rounds in the shootout to decide this one. Brian Billett and Hayden Stewart put on a goaltending clinic. Stewart ended the night stopping 41/44 shots. Saturday night, the Bulls fell again in overtime. Colton Fletcher tied the game at three early in the third period, but Cory Dunn was the OT hero for the Bolts when he scored just 56 seconds into the extra frame. Not the way the Bulls wanted the road trip to start, but bringing home 2 points is not the worst.

After the weekend, Birmingham head coach Craig Simchuk had this to say about his team’s play:

“We battled every night. It’s not easy to play three games in three nights. Every guy in that run played hard. We will take the points for the weekend but our goal was six. We control our own destiny and I think we are starting to play the right way, that will get us in the playoffs.”

Earning half the weekend’s points moved the Bulls to within nine points of the Rail Yard Dawgs. Roanoke couldn’t find success over the weekend at all after dropping the Thursday night game in Pelham, and they went down to Pensacola and lost twice to the Ice Flyers. Only nine games remain on the schedule for both squads. Birmingham will travel to Fayetteville to face a Marksmen team that has won their last three straight and taken four out of five against the Bulls this season. Roanoke will also play once in Fayetteville on Thursday night before the Bulls get there and finish the weekend at home with two games against the Macon Mayhem.

Things have gotten pretty interesting in the bottom of the standings as the season winds down; only two spots remain, with one likely to be locked up by the Thunderbolts this weekend. Who will land that final spot and punch their ticket to the 2021-22 Presidents Cup Playoffs?