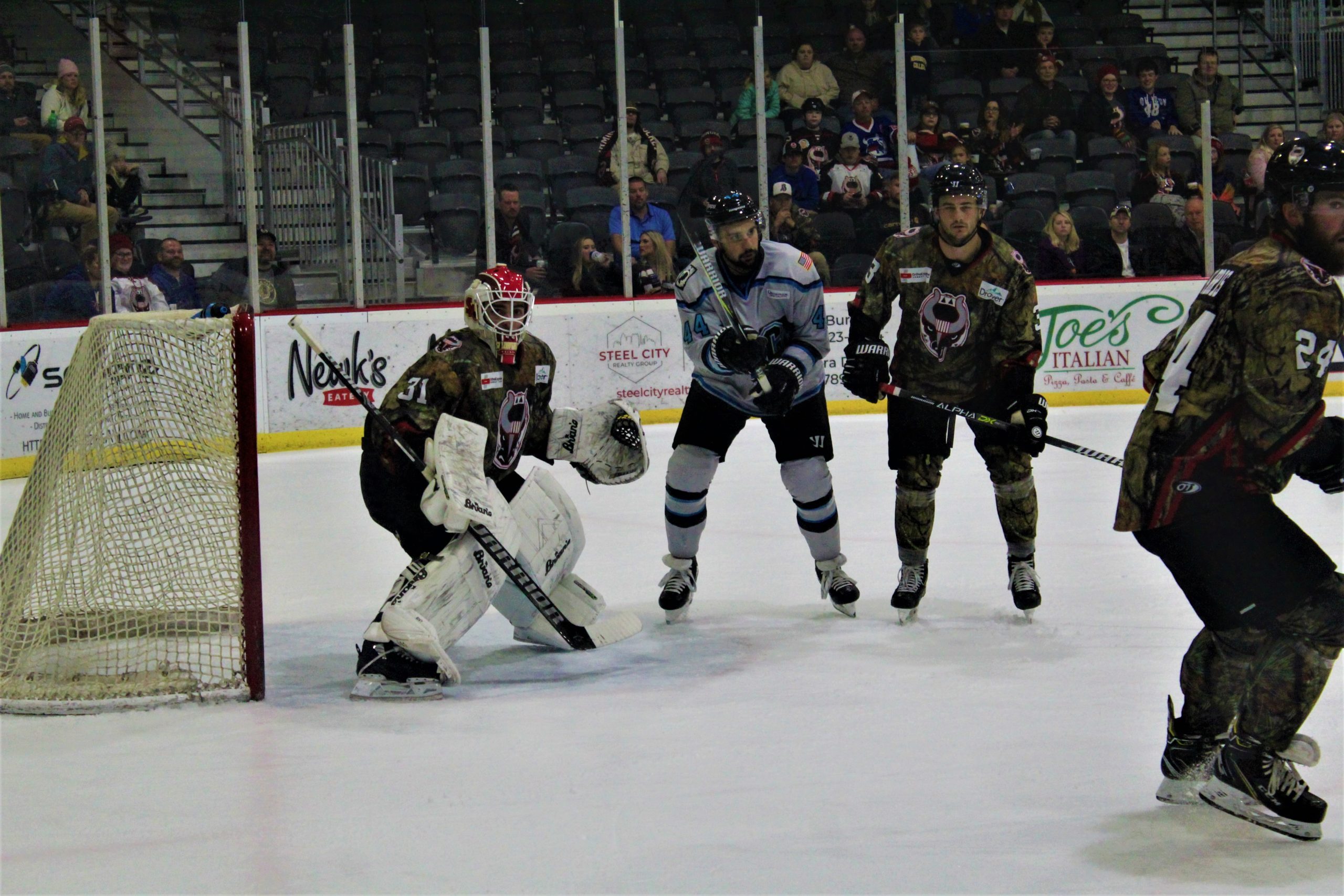 BIRMINGHAM, Ala. – After starting the 2019-20 regular season with only three games in the first two weeks of play, the Birmingham Bulls got to play a pair this past weekend against the Quad City Storm.

BIRMINGHAM, Ala. – After starting the 2019-20 regular season with only three games in the first two weeks of play, the Birmingham Bulls got to play a pair this past weekend against the Quad City Storm. Just like every time the two teams met up in 2018-19, the results this weekend were the same. Birmingham picked up the “W”.
On Friday night, behind the sharpshooting of Matt Fuller, the Bulls came from behind in the third period to defeat the Storm, 6-4. Fuller, who is now in his third season with the Bulls, picked up his first professional hat trick. A pair of goals in the first period had the fans cheering for the defenseman from London, Ontario each time he took a shot in the final two periods. With the score tied and Birmingham on their seventh power play of the game, Fuller took a pass from Josh Harris just inside the blue line and fired a rocket over blocker of Peter Di Salvo and in for his third goal of the game.
After the game, Fuller was relieved to score the way he did but made sure to give the credit to his teammates:

“Yeah, he’s playing really well. he’s really taking charge back there. you know, he’s got the big shot, and we saw that last night.”

For Fuller, the three goals on Friday matched his previous total for the Bulls in the 2018-19 season.
Birmingham also had a pair of goals in each possible way to score them. The Bulls had two power play, short-handed, and full-strength goals as they peppered Di Salvo with 37 shots on the night.
Saturday evening saw a totally different type of game. After the two teams would combine for 10 goals on Friday evening, Saturday could have easily been considered a salute to defense. Neither team could get anything past the goaltenders in the first period. Early in the second, newly acquired Bull Shaquille Merasty poked one past Quad City’s Ryan Mulder, giving Birmingham a 1-0 lead.
Thanks to the outstanding performance of Artt Brey, that would be all Birmingham would need on Saturday night. Brey, making his fourth start on the season, picked up the shutout as the Bulls would win, 3-0. Brey, who also picked up the win on Friday night, got his first career shutout in only his ninth start. Afterwards, Brey (who is now 3-1-1 in Birmingham) was glad to see his guys rally in front of him in the 80 minutes of time in between the pipes this weekend. 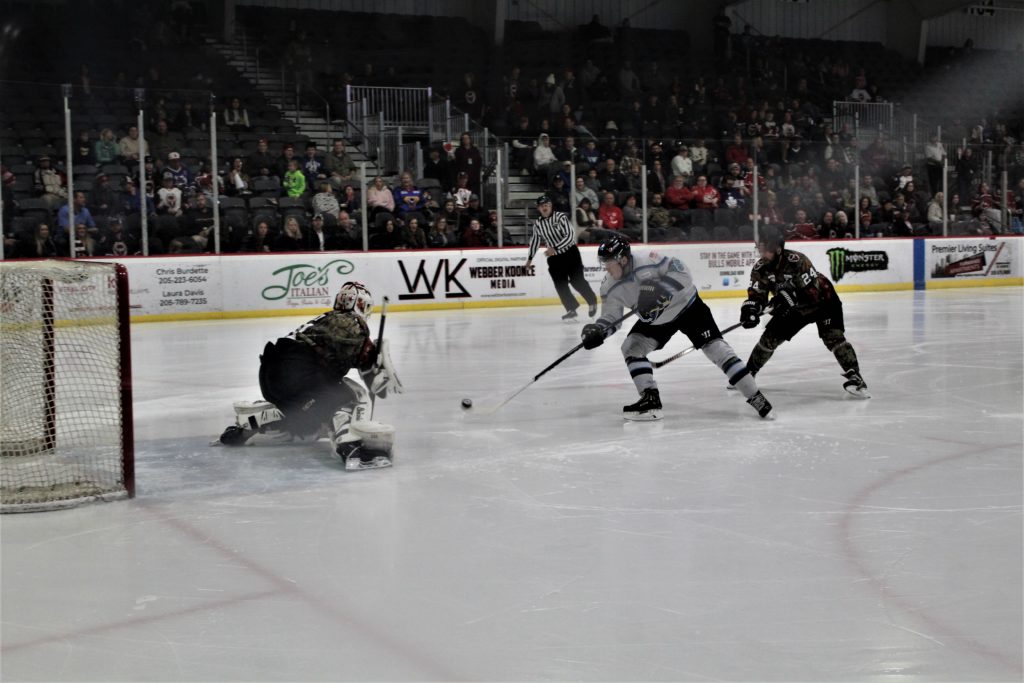 In Friday night’s game, Carson Chubak got his first start of the season for Birmingham. But, after a shaky first and second period, Brey came into the game in relief to pick up the win. I asked Coach Hicks the reasoning behind the move to start the third period:

The Bulls now have the week off before a home and home weekend set with the Pensacola Ice Flyers. The Ice Flyers come to Birmingham on Friday evening, where they defeated Birmingham 4-2 in an exhibition game on October 11. The Bulls will then make the trip to Pensacola on Saturday evening for the first time this season. Both teams will be honoring the military this weekend, so American pride will be on full display when they hit the ice this weekend.

First Star – Artt Brey. When Brey was announced as the Bulls primary goaltender to start the season against Huntsville, it became apparent that he’s the one who has to try and fill the massive hole left by Mavric Parks when he retired. 80 minutes of scoreless hockey over the weekend shows that he might just be up to that task.
Second Star – Matt Fuller. Fuller, who is now a veteran on the Bulls roster, continues to step up his game when it’s asked of him. A hat trick on Friday night and solid play on the blue line from the player dubbed “Superman” is more than enough reason for a star this weekend.
Third Star – Josh Harris. Harris has been doing what Josh Harris does, and that’s finding ways to get his team on the scoreboard. The Bulls captain picked up five assists over the weekend, including an assist on all three goals from Matt Fuller on Friday night.