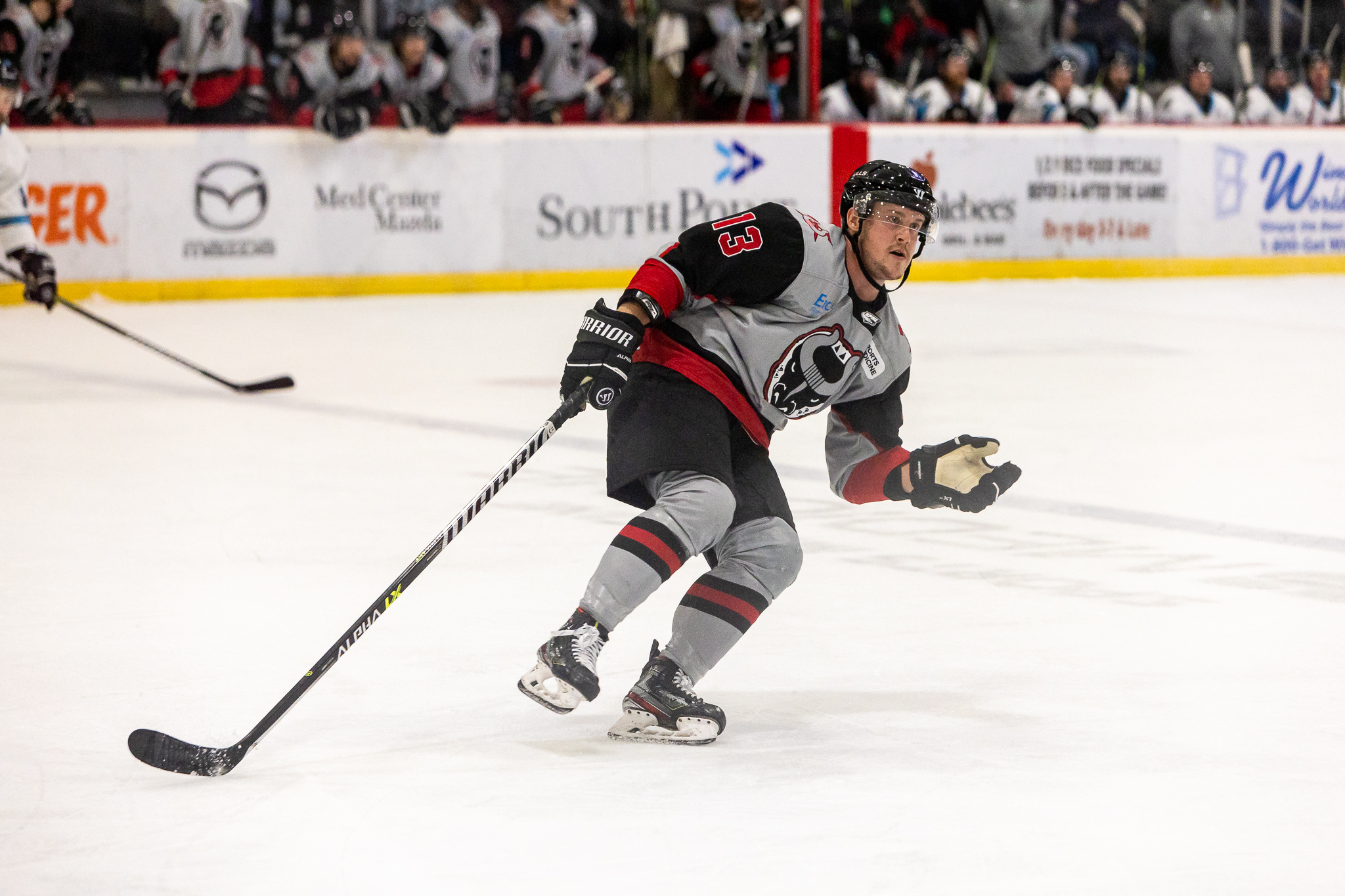 PELHAM, Ala. – The Birmingham Bulls announced a trade on Tuesday that will likely emit a strong reaction from the team’s fan base. The team traded away one of its most tenured and well-known players, forward Kasey Kulczycki to the Knoxville Ice Bears for rookie forward Colton Fletcher.

Kulczycki came to Birmingham during the 2018-19 season and has been with the team ever since aside from when he was on loan to the ECHL, including this season with the Kansas City Mavericks where he played in four games, getting one assist and six penalty minutes. With the Bulls this season, Kulczycki has played 13 games, scoring two goals and racking up 27 penalty minutes. He led the SPHL in penalty minutes last season with 114 PIMs in 40 games. His fiery personality on the ice, and charismatic personality off the ice, along with his no-fear playing style are what skyrocketed him to being regarding as a fan favorite in Birmingham. To this point in his SPHL career, he has played 153 games (all with the Bulls), racking up 47 points (21g,26a). Kulczycki is a dominant force in the face-off circle and will definitely add some depth to the Ice Bears roster.

Colton Fletcher is a 24-year-old out of Wasilla, AK. He is a 5’11” 174 lbs. right-handed shooter in his first professional season. Through 20 games with the Ice Bears, Fletcher has accumulated 11 points (3g, 8a) and 20 penalty minutes. Before coming into the SPHL Fletcher spent two years playing NCAA III hockey for the State University of New York at Oswego. Colton played in 17 games putting up six points (4g, 2a). Fletcher is a playmaker that likes to have the puck on his stick and make plays in open space and is not afraid to split the defense if he is headed into the offensive zone all alone. He has great vision and can make quality setup passes. Fletcher will join Birmingham for this weekend’s matchup against the Pensacola Ice Flyers as the Bulls look to turn things around this season after a rough start.