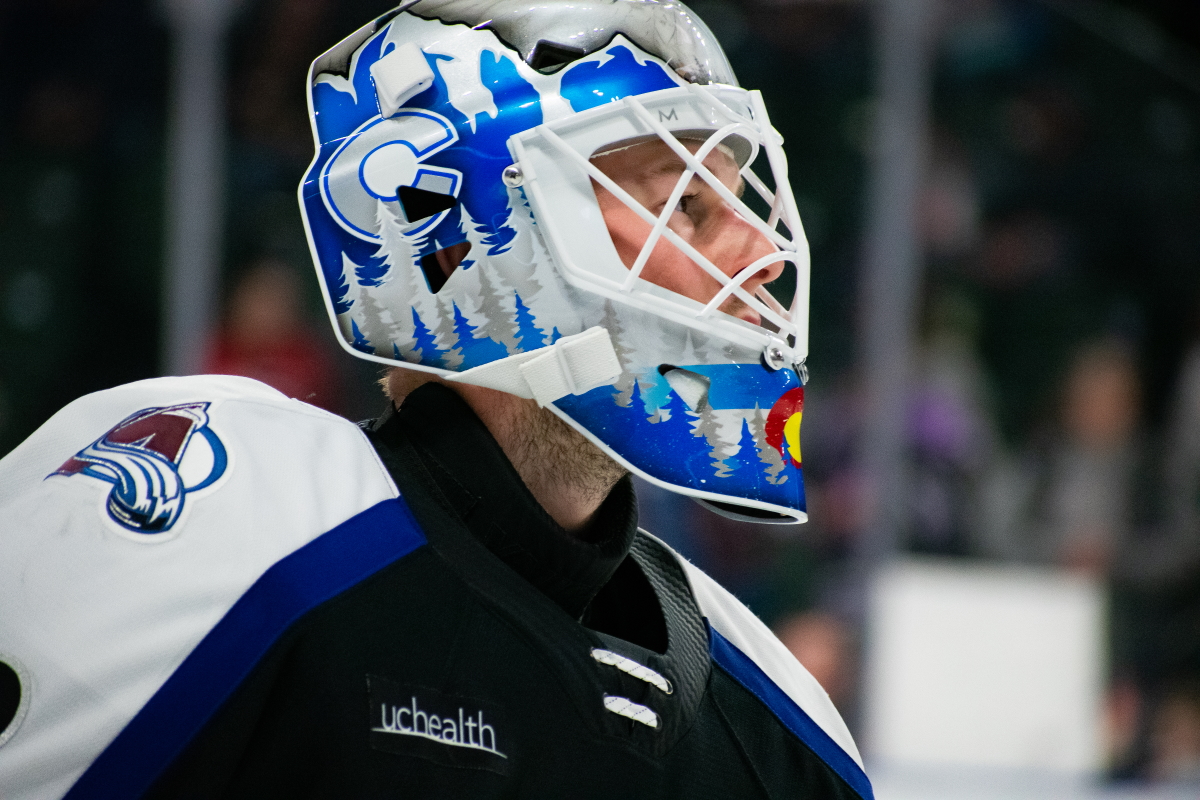 Just like in February when Grubauer was hurt during the NHL Winter Classic, the chain of events outlined above is happening yet again in Colorado’s goaltending depth chart.

Time to get ready for the Miska Emergency Plan 2.0.

After Grubauer left Game One of the NHL Western Conference Semifinals being helped to the back by trainers, Francouz came in to finish out the contest, making 18 of 20 saves as the Dallas Stars defeated the Avalanche 5-3 to take a 1-0 series lead. With Grubauer ruled out for the foreseeable future, Francouz was given the go-ahead to start Game Two . Now, with the Avs netminding corps whittled down to the aforementioned Francouz and Michael Hutchinson, it was only a matter of time until news broke of reinforcements coming to the Edmonton bubble for Colorado.

It wasn’t until Sunday afternoon when Avalanche Head Coach Jerad Bednar confirmed via Zoom call that Miska would be joining the team “(needing) to pass multiple COVID-19 tests and begin serving the mandatory quarantine before he’s able to participate in activities with the team”, per Colorado Hockey Now’s Scott MacDonald.

With the Colorado goaltending picture getting crowded, one would think this can only bode well for Miska in a contract year. And, with two of Colorado’s netminders based out of Europe (Adam Werner [Sweden] and Justus Annunen [Finland], the ongoing global pandemic may play to the favor of a North American-based goaltender like Miska to at least start the season with the Eagles (while the aforementioned Scandanavian netminders may hang back in their home countries for the time being).

Listed below are the current netminders on NHL or AHL deals for the remainder of 2019-20 and beyond (contract figures courtesy of CapFriendly):

Grubauer and Francouz are the 1-2 lock for the Avs in 2020-21 (barring any injuries, of course).  Hutchinson and Bibeau were insurance policies at the NHL and AHL level for the Avs and Eagles respectively this season, meaning those two will probably move on from the Avs organization in 2020-21.

This leaves the Eagles goaltending prospects next year as Werner, Miska (should he re-sign), Annunen, and Jones. Werner has proven he can be an AHL-caliber goaltender, so there’s no reason he shouldn’t start in Loveland next season (aside from wishing to stay away from COVID-19 in the United States and Canada). Annunen has a European Assignment Clause in his entry-level contract, meaning he could very well play in Europe next season while the Avs retain his rights. Jones is already on a two-year, one-way AHL contract, so he probably won’t see any time down in the ECHL with the Utah Grizzlies unless he agrees to such a designation.

This leaves Miska as a restricted free agent for 2020-21.  Should the Avs or Eagles let a top-ten AHL goaltender walk? If Werner and Annunen stay in Europe for 2020-21, Miska will undoubtedly get the call alongside Jones as a formidable tandem in net for the Eagles.

Time will tell if the COVID-19 pandemic will play a part in the Avalanche and Eagles bringing Miska back next year. But, should he show his worth in Edmonton (either in practice or — in emergency only — on the ice in actual gameplay), the former University of Minnesota-Duluth product should get another shake in the Centennial State.