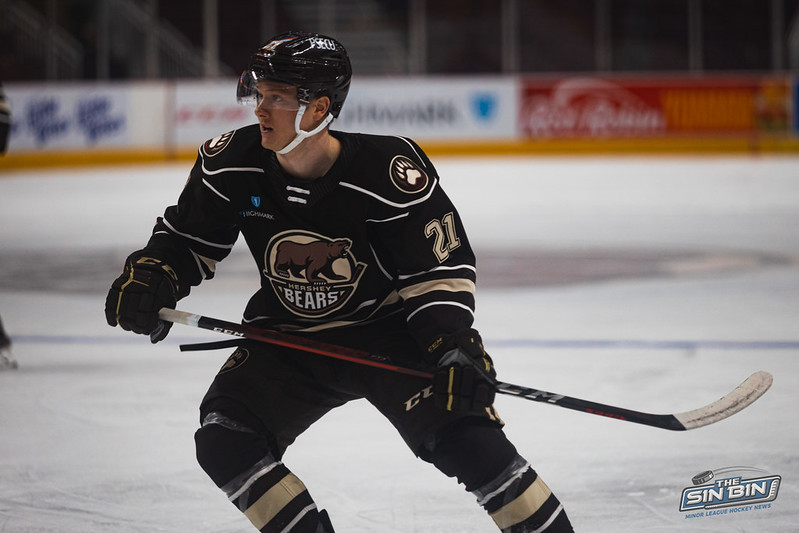 WASHINGTON, D.C.- Joe Snively, who appeared in 30 games for the Hershey Bears this past season, has been signed by the Washington Capitals to a one-year, two-way contract for the 2021-22 season, the team announced on Thursday.

The contract is worth $750,000 at the NHL level and $90,000 at the AHL level. Snively returns after recording 17 points (six goals, 11 assists) with the Hershey Bears this past season and was tied for sixth-best in points with Martin Fehervary on the team. Snively becomes the first player to be retained by the organization this off-season.

Snively played his first full season with the Bears in 2019-20 after joining the team the year prior for nine games, skating in two Calder Cup Playoff games in 2019. Snively had 24 points (12 goals, 12 assists) in 45 games in 2019-20, including a hat trick on February 25, 2020, versus the Charlotte Checkers. Snively is a Virginia native who was a participant in Washington’s Little Caps program, skating in his youth at MedStar Capitals Iceplex growing up. Snively was a free agent signing by the Capitals as a college free agent back in March of 2019.

Snively becomes the first restricted free agent from the Bears to receive a new contract. Other players in that same category are Shane Gersich, Garrett Pilon, Axel Jonsson-Fjallby, Beck Malenstyn, Bobby Nardella, and Lucas Johansen. There’s plenty of time prior to the start of free agency, as the date is a little later this season on July 28, and the Capitals have some work to do to retain a very strong Hershey group from this past season.

Great setup by Phil Maillet and a brilliant finish by Joe Snively for his sixth of the season! pic.twitter.com/lJMeIbIBvs

A product of Yale University, Snively led the school in scoring in each of his four years he attended. Memorably, Snively scored the game-winning goal in his first AHL game in an important win over the Providence Bruins on March 30, 2019 to help the Bears pass the Bruins to an eventual third-place finish in the Atlantic Division.