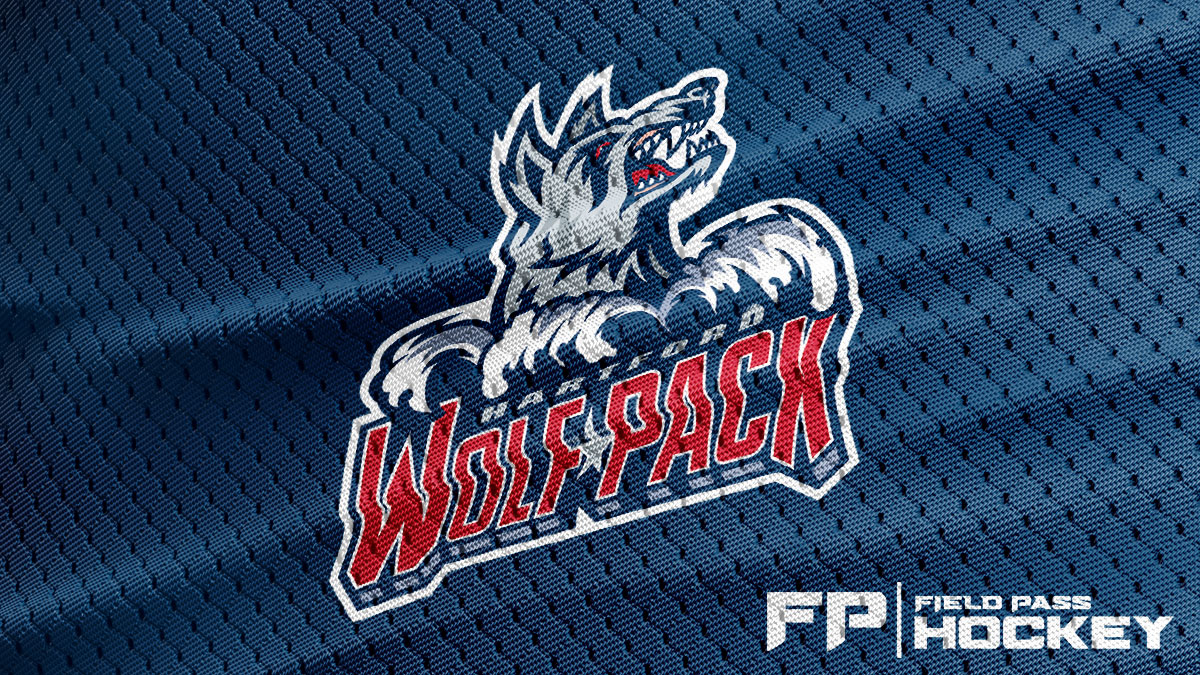 BRIDGEPORT, Ct. – It was an Atlantic Division showdown between the Hartford Wolf Pack and the Bridgeport Islanders on Tuesday in the return to play from the holiday break for both teams. Despite the disparity in the standings between the teams and with Hartford having the lowest goals-for total in the division, the recent woes of the Islanders continued as Ryan Carpenter scored a hat trick, and the Wolf Pack had an offensive outburst in a 7-3 win over the Islanders. Jakub Skarek took the loss with 32 saves while Dylan Garand took the win with 20 stops.

This game was an unusual flatline for the Islanders, who were outshot 13-4 in the first period and surrendered the game’s first two goals as Cristiano DiGiacinto tallied his second goal of the season followed by Carpenter’s first goal less than two minutes later. Carpenter joined the Wolf Pack on December 9 after playing 21 games with the New York Rangers and is heating up as of late with five goals in his last two games and eight points in eight total American Hockey League games this season. Carpenter brings 329 games of National Hockey League experience to the Rangers organization and has not played in the AHL since the 2016-17 season, making his addition an invaluable one for the Wolf Pack while he wears their jersey.

Is 5 goals in 8 games good?? Asking for a friend. pic.twitter.com/zFvjIeVKxK

Carpenter would tally his second goal of the game just under three minutes into the second period on a hectic scramble sequence that saw Skarek out and scrambling after a few good chances and strong puck possession by the Wolf Pack. Carpenter ended up deflecting a shot from along the goal line by Lauri Pajuniemi into the net to cap the sequence with a goal. Even when the Islanders got on the board with Samuel Bolduc’s fifth goal of the season on the power play, Pajuniemi struck back with an unassisted goal only six seconds later for a multi-point game right off the ensuing faceoff.

Everything Bridgeport did, Hartford could do better on this night as the same situation played out on the Islanders’ second goal. Chris Terry tallied his seventh goal of the season, but Bobby Trivigno struck back only 25 seconds later to make it 5-2 after two periods. Carpenter tallied his hat trick midway through the third period, and Andy Andreoff tallied his 16th goal of the season to have a multi-point game. Karl Henriksson scored his first AHL goal to cap off the scoring in a wild affair between the two teams.

What a beauty for your first @TheAHL goal, Karl! pic.twitter.com/akCs5gHZI8

The win helps create an interesting situation in the Atlantic Division as the Wolf Pack are out of the basement of the division courtesy of a tiebreaker. The third-place Islanders are only six points ahead of the eighth-place Springfield Thunderbirds, and courtesy of a point swing in tonight’s win, the Wolf Pack are right back in the race. Hartford matches up with Springfield on Wednesday night in a crucial Atlantic Division showdown, while Bridgeport will look to break their five-game winless skid the same day against the Lehigh Valley Phantoms.