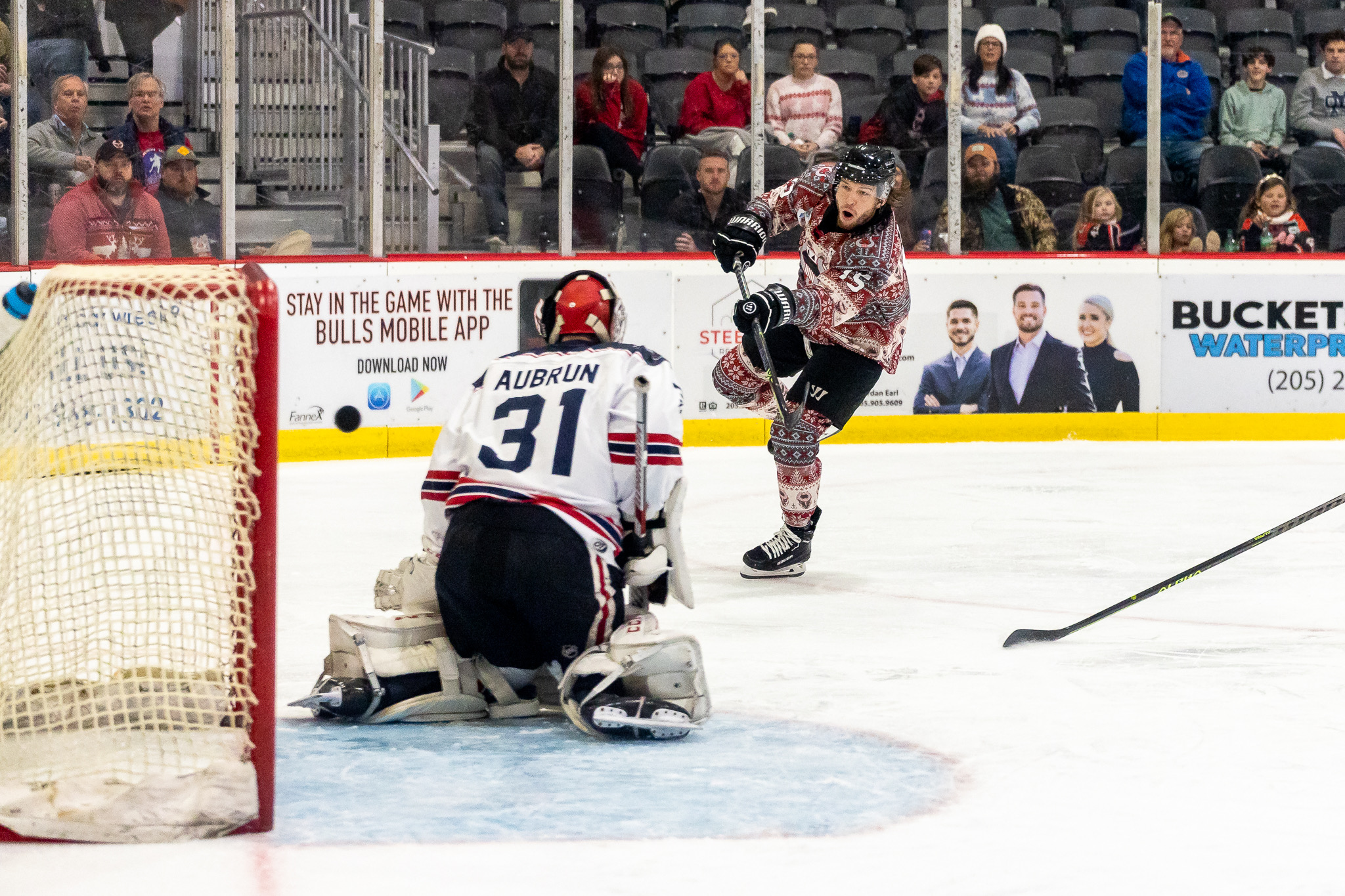 PELHAM, Ala. – The Birmingham Bulls welcomed the Macon Mayhem into town for the season’s first matchup between the two teams. A combined 13 goals and 192 penalty minutes later, the Bulls came out on top by a score of 8-5. Carson Rose scored four times for the Bulls, including the eventual game-winner in this high-scoring affair.

It didn’t take long for Rose to find the back of the net in this one. Just past the four-and-a-half-minute mark, he beat Macon netminder Tom Aubrun with a quick shot from the right face-off circle. Less than two minutes later, he did it again. Rose to a pass in the high slot and once again got the puck past Aubrun to give the Bulls an early two-goal lead. 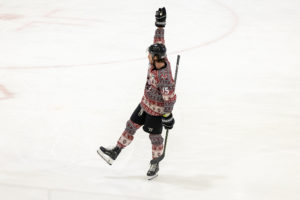 Down but not out, the Mayhem rallied back just past the midway point of the first period when Liam Blackburn found himself all alone in front of the net and cut the Bull’s lead in half. However, the Bulls had other plans, and a few minutes later, Jake Pappalardo hammered home his seventh goal of the season, giving the Bulls back that two-goal lead. Macon wasn’t done yet, though, and when they were given a powerplay late in the period, they made it count. Aaron Aragon sent a one-timer from the faceoff circle over Hayden Stewart’s shoulder, cutting the lead back to one.

The second period started out just as great as the first did for Birmingham. Within the first three minutes, the Bulls sent another one into the back of the net. This goal came off Pappalardo’s stick, giving him two goals on the night. Halfway through the middle frame, Rose scored his third goal of the night on the powerplay and then followed that one up with another goal three minutes later. 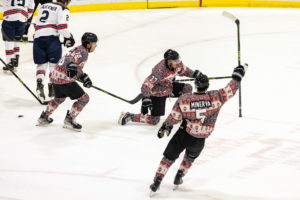 Now down by four goals, the Mayhem looked to get back into the game. As a Macon penalty expired, CJ Hayes raced out of the penalty box and won the battle to the puck. He raced in and patiently waited for reinforcements behind the Bull’s net. Two Mayhem players showed up, and it was former Bull David Nippard there to take the pass and score on his old team. However, Birmingham still held on to a three-goal lead heading into the third period.

The third period was utter chaos when tensions began to boil over between both teams. The result was 167 combined penalty minutes, 10 game misconducts, and four power-play goals. Birmingham scored the first power play goal of the period at 1:20 in when Zac Masson gathered a rebound in front of the net and flipped it over the goaltender. Kyle Soper and Timothy Faulkner both scored for the Mayhem, and Jordan Martin got his eighth goal of the season for the Bulls as well. 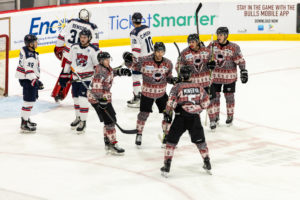 It’s safe to say that there is no love lost between these two teams, and everybody needs to mark their calendars for December 22nd when they meet again. Next up, though, for Birmingham is the Pensacola Ice Flyers. This game will be on the Road for the Bulls and the first meeting between these two teams this season.