NORFOLK, Va. – The Norfolk Admirals put the ownership rumors to bed Tuesday as the team officially announced former Admiral Patrick Cavanagh as the sole owner. Cavanagh, who owns the team’s official practice facility Chilled Ponds in nearby Chesapeake, made his first official personnel change by tapping Rod Taylor as the new head coach. Taylor will be replacing Robbie Ftorek, who coached the Admirals for parts of three seasons.
Admirals President Trent Ferguson called it a boost having Cavanagh as an owner.

“With Patrick being here, it’s a huge shot of adrenaline in the arm. At the end of the day, when we use that tag line ‘Anchored In Tradition’, it points the finger at Patrick Cavanagh.”

Ferguson said fans will notice that the team will be going back to the old days of Admirals hockey.

“A lot of what you’ll see is going back to the roots of the Admirals, which has always been a history of winning. The last five or six years, there has been a lot of complacency after coming back from the AHL. There was a lost touch of what winning actually meant. Patrick is changing the culture from top to bottom.” 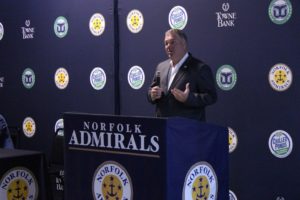 Once the ownership was announced, an eager Patrick Cavanagh took to the podium and announced a slew of changes for the organization, especially for the season ticket holders. Season ticket holders now have their own private entrance, lounge, and access to pre-game press conferences. Building on those changes, Cavanagh also laid out plans to roll out ice-level luxury suites for the upcoming season.
Following the press conference, Cavanagh told The Sin Bin how big of a day this is for him.

“This is a monumental day for me. The Admirals are a part of me. I’m thrilled, honored, and privileged to be a part of this program and assist it into the next part of its journey.”

Letting go of Robbie Ftorek was a difficult call to make for Cavanagh, but naming Rod Taylor as head coach was an easy choice.

“Rod has been with the [Hampton Roads Junior] Whalers program for five years, won three national championships, and was at the dance for the other two. He’s been at the final game every single year. He’s a winner. He carries the culture we learned from John Brophy when we came here with the Admirals. He’s the perfect person to continue the journey of the Admirals program.” 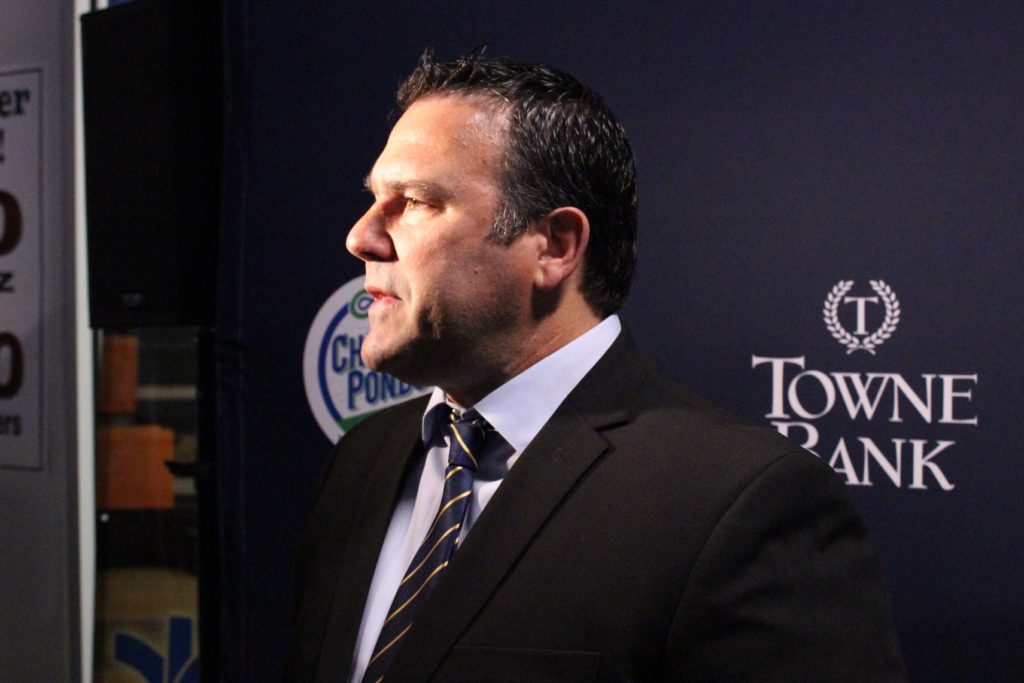 Taylor, an ECHL Hall of Famer who as aforementioned led the USPHL Premier Whalers to three championships, was overjoyed to be named the new head coach.

“There are no words that I can really say. It’s an amazing feeling; I never would’ve thought I’d be a coach for the Admirals. it’s kind of surreal. I’m waiting on this to kick in, and I’m sure it’ll kick in pretty soon.”

Taylor also mentioned that he does not have an assistant, but he made it clear that he wants someone who believes in the Admirals organization.
Fans at the ownership announcement seemed to be rejuvenated and bought into Cavanagh’s vision. Long-time season ticket holder and Booster Club President Veronica Haran was ecstatic to hear the official announcement that a former Admiral is now the sole owner.

“I’m pretty excited. I think it will be a good thing for the team and for the community, not only having local ownership, but a former Admiral as an owner. he knows what it takes to play the game and knows what it’s like to be an Admiral.”

Haran also pointed out that former Head Coach Robbie Ftorek will be missed, but Rod Taylor has a winning track record. She also likes the idea that Admirals hockey is making a comeback in the Hampton Roads community with Cavanagh as the new owner and Taylor at the helm.

“[Taylor] is a proven winner as a player and a coach. I think hockey is on its way back. It’s like the Hampton Roads Admirals 2.0. It’s hard to put into words, but all we’re missing is John Brophy and [Former owner] Blake Cullen.”

As Cavanagh and company push towards opening night on October 11, one thing is for certain: the Norfolk Admirals are ready to re-established that winning tradition.