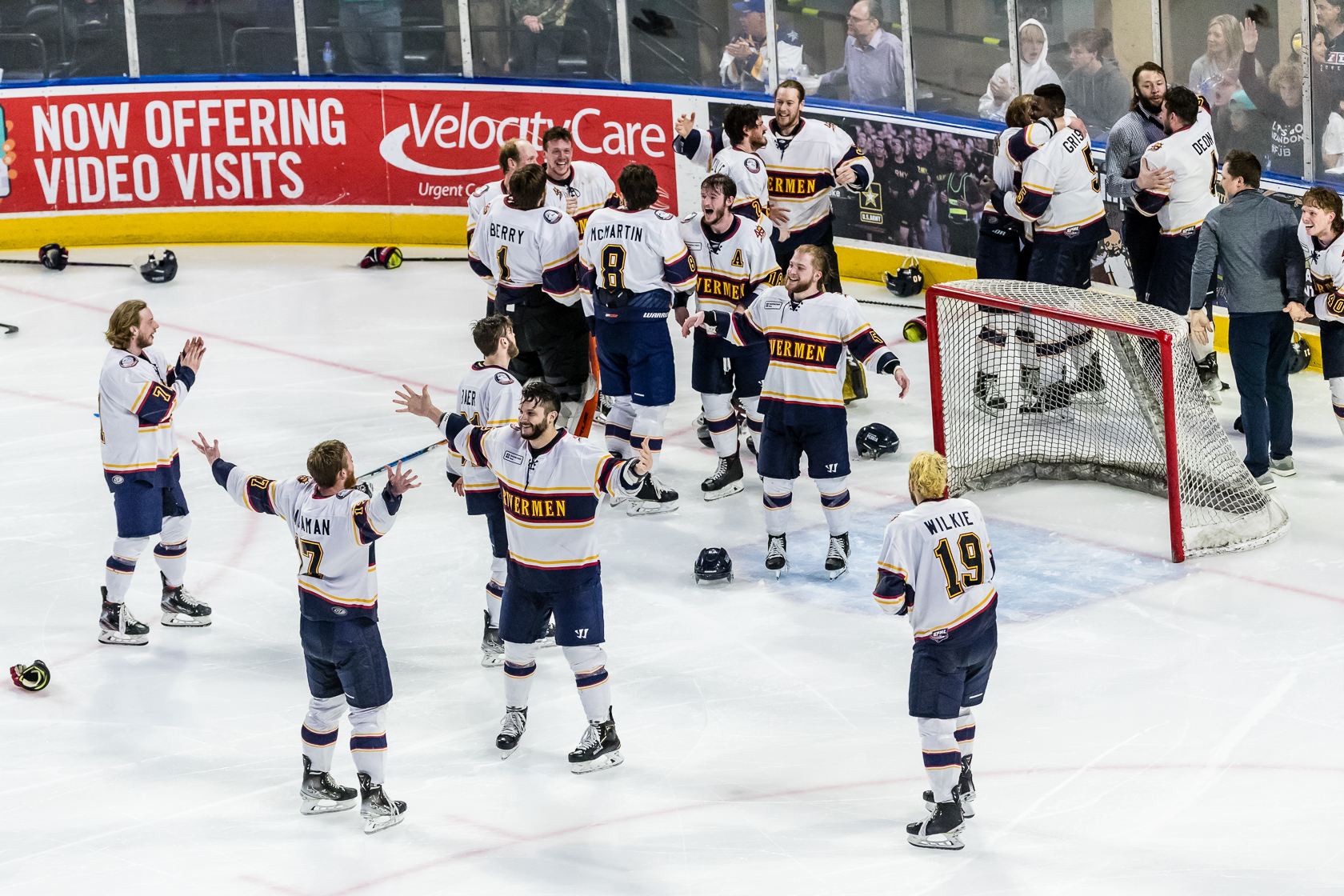 MACON, Ga – The feeling was familiar for Alec Hagaman. With an ear-to-ear grin, he took his turn hosting the President’s Cup trophy on Tuesday night inside of the Berglund Center.

This time, however, one of the current players most synonymous with the Peoria Rivermen joined his teammates in bringing the long-awaited SPHL title to Peoria following a 3-2 overtime win to take the best-of-five President’s Cup finals, three games to one.

It came a year after Hagaman, Jordan Ernst, and Nick Neville helped Pensacola capture the crown as Peoria opted out due to COVID-19.

This time? The three were in the midst of a celebration that was all about the Rivermen franchise and its capture of SPHL glory, tamping down the underdog story of Roanoke in an overtime win 66 seconds into the extra period when JM Piotrowski tipped in the loose puck in front of the net to touch off a celebration. 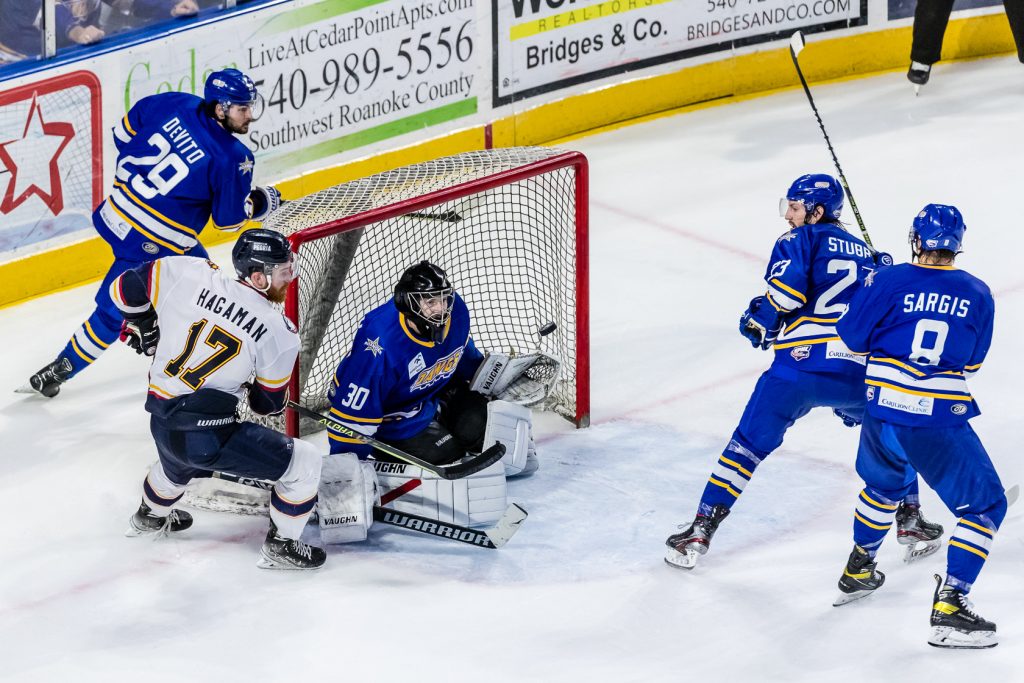 Jack Berry, who moved into the crease early on in the postseason and never relinquished the spot, was named the postseason MVP. It came a year after he spent part of last season with the eventual President’s Cup champion Pensacola prior to not being with the team for their postseason run. This time, he couldn’t have been a bigger part of his team’s playoff fortunes, posting a 2.44 postseason GAA. Tuesday was more of the same for Berry, with 31 saves on 33 shots. 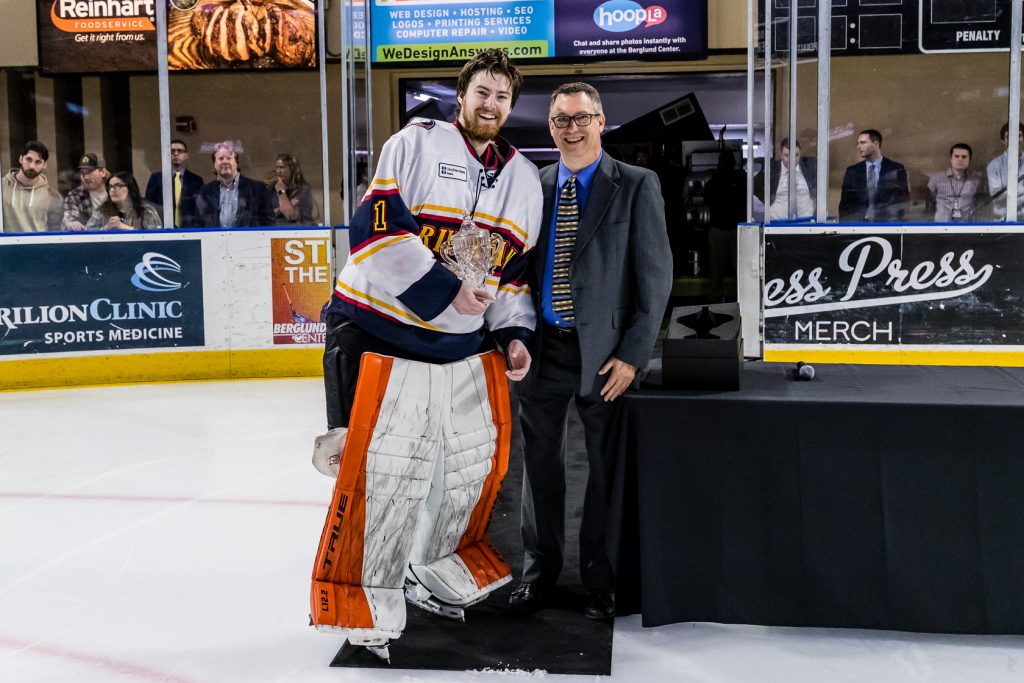 The Rivermen won two of the three games in the best-of-three series coming from a 2-0 deficit. The second of those was Tuesday, when Mike Gurtler cut the Roanoke lead in half 6:10 into the second period, putting the Rivermen down 2-1 going to the final 20 minutes of regulation.

That set the stage for high drama, with both goaltenders, Berry and Roanoke’s Sammy Bernard making save after save, whether by stopping scoring tries on odd-mak rushes, one-timers, or loose pucks in front of the net.

Simply put, Peoria needed a break of some kind to equalize the score. It came 12:08 into the third with Travis Armstrong going off for a tripping penalty. Peoria needed just 15 seconds to tie the score by way of Marcel Godbout.

It completed a rally from a Roanoke lead as the Rail Yard Dawgs took advantage of a buzzing home crowd that saw the home team go up 1-0 2:19 into the game on a goal by Mac Jansen. Less than two minutes into the second, Roanoke made it 2-0 thanks to a Travis Broughman power-play goal, a score that gave the Rail Yard Dawgs momentum that Peoria fought back to overcome.

But with the opposing team celebrating a title on their home ice, the Rail Yard Dawgs, a team that went from the No. 8 seed to upsetting top two seeds Knoxville and Huntsville, got a rousing ovation as they left the ice. 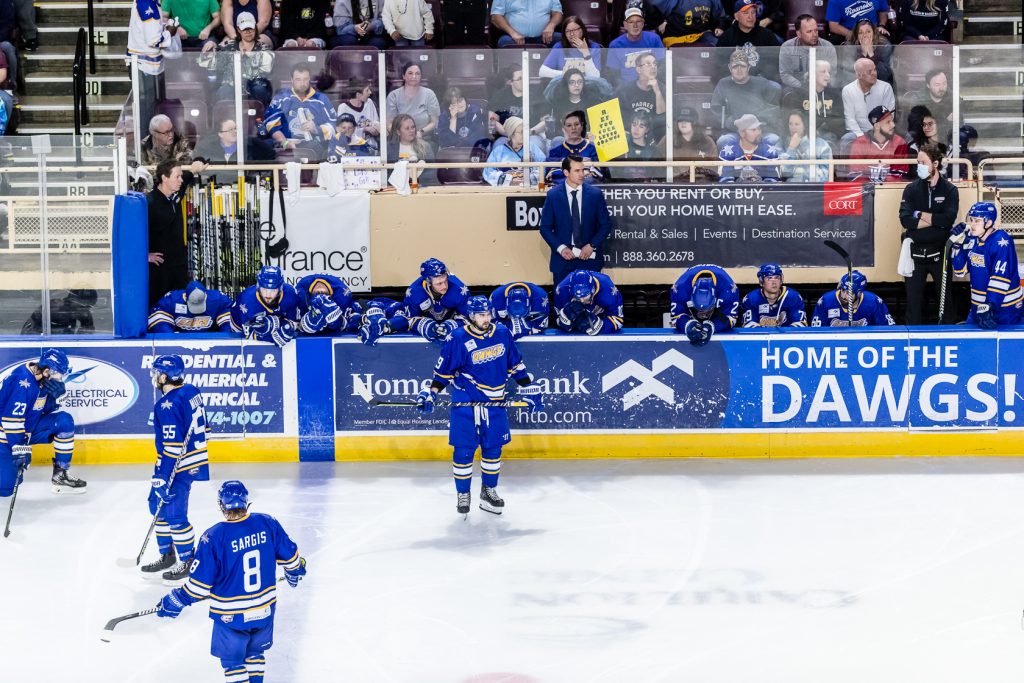