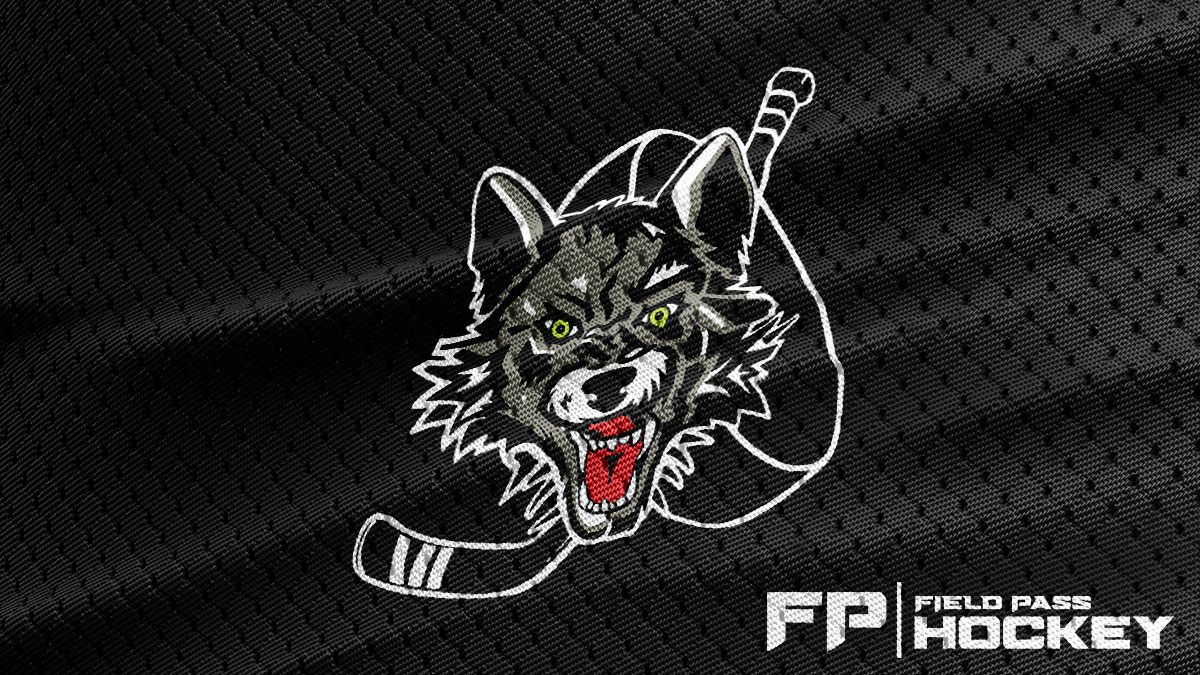 ROSEMONT, Ill. – The finale of the 2021-2022 American Hockey League season saw the Chicago Wolves’ triumphant return to the champion’s ledge on the podium. Once the confetti was done flying and the champagne had run dry, the sharks began to circle the waters of the successful franchise, looking for winning pieces to add to their own teams.

On August 12, the San Jose Sharks officially announced the hiring of former Wolves Head Coach Ryan Warsofsky as an assistant behind the bench. Compiling a record of 105-37-11-7 as a head coach of Carolina Hurricanes affiliates, Warsofsky’s departure left a huge void in the Wolves’ organization already reeling from the loss of several huge pieces from captain Andrew Poturalski to Calder Cup Playoff MVP Josh Leivo.

Ryan Warsofsky has compiled a 105-47-11-7 record as a head coach for the @Canes affiliates since 2019. He’s won two Calder Cups – the latest his first as a HC – and instills a contagious intensity in his lineups while reminding them to always remain in the moment. pic.twitter.com/9cCrnY8YxK

With their bench boss moving on to a bigger opportunity in the NHL, the Wolves needed a fresh face to fill in coach Warsfosky’s shoes. The daunting task of matching up with his passion and championship pedigree wasn’t going to be an easy one for whoever was to be offered the role. Chicago GM Wendell Young would have to look far and wide for a coach that could match the standard that Warsofsky had set.

At the end of the day, it was right down the road.

On August 23, the Wolves announced that former Chicago Steel Head Coach Brock Sheahan was hired as the next coach of their storied franchise.

Welcome to the #Canes family!

Brock Sheahan has been named the new coach of the @Chicago_Wolves 🐺

The Road to Rosemont

Sheahan, 38, continues the trend of up and coming coaches in this hockey world making their way through the Chicago organization. Following his playing career with stints through the East Coast League all the way into Germany, Sheahan turned to coaching before his 30th birthday.

“It was all timing.” Coach Sheahan said of his decision to move behind the bench. “I love the game of hockey, but my wife and I really wanted a family. She had a good job opportunity in South Bend, and all of a sudden a volunteer position opened [at Notre Dame]. It was an unbelievable experience to be back at my alma matter for that year with people that I really look up to. The timing was perfect.”

Working his way up through the ranks from volunteer assistant at Notre Dame to head coach of the USHL’s Chicago Steel, coach Sheahan established himself early on with a penchant for developing young players and winning games. With the Steel, Sheahan compiled a 106-28-15 record over parts of three seasons from 2019 to 2022. Sheahan’s 2020-2021 season was capped off with a Clark Cup as USHL champions, solidifying his resume and proving his own championship pedigree.

Sheahan is no stranger to coaching and developing elite talents; his Steel rosters have boasted talents including 2020 first-round pick Brendan Brisson and 2021 #1 overall pick Owen Power. Moving on with the chance to coaching some of the talent in the Carolina organization was a no brainer for Sheahan.

“When you’re dealing with an organization like Carolina and Chicago, the opportunity to work with NHL players and prospects, I felt like it was a great opportunity that I couldn’t pass up.”

For the Wolves, the numbers were there. The experience with talent was there. Warsofsky was a giant in the locker room and on the bench, and matching up with that presence would be no easy task. Sheahan was lucky enough to speak with the former Wolves coach on his way out to San Jose.

“I talked to Ryan multiple times.” Sheahan said. “He’s very helpful, seemed like a great person which to me is the most important thing in this business. You want to be surrounded by great people, and it’s obvious why Chicago has been successful. I’m direct with the players, honest, I think I do a good job of communicating my expectations. I’m passionate and guys get a feel for that but I can also be even keel. I’ll have a lot of learning to do at the American League level but I’m surrounded by people who have a lot of experience.”

With the blessing of the organization and now of the former coach, Sheahan has wasted no time getting to work. This September he’s in Carolina working with the Hurricanes staff during rookie camps. The Hurricanes have always put an emphasis on having a seamless transition of their young prospects moving from the AHL right to the big club in Raleigh. Sheahan believes that emphasis was part of the reason why he was brought in.

“If I was running an NHL organization, I would want my AHL players to learn the style of play so when they’re up there, they’re able to contribute as much as possible. I think one of the reasons they were interested in me was the development of high-end players which we’ve done with the Steel and the high-end style of play we had.”

A core principal of Sheahan’s philosophy, mirroring both Warsofsky’s and the Carolina organization as a whole, is the emphasis that the proper development of players leads to wins on the ice. It’s a standard that Chicago looks to keep with their new head coach.

“You want to be in an organization with high expectations and high standards.” Sheahan said. “Obviously in the American League, development is a huge piece of the equation. It’s our job as a staff to develop the players in the Carolina Hurricanes system at the highest rate possible, and if you focus on that as an individual and as a team, you’ll win as a result of that process. That’s the experience I had with the USHL. Our focus wasn’t necessarily on winning, it was on developing players with the thought that if we do that right we’ll win a lot of hockey games.”

The man behind the bench isn’t the only void being filled this off-season. Poturalski, Leivo, and veteran goaltender Alex Lyon are all headed to the NHL following their championship run. Leading goal scorer Stefan Noesen, on a fresh two-year deal with the Hurricanes, will be fighting to make the roster in Carolina, along with huge impact players like Jack Drury and Jalen Chatfield. Nearly the entire blue line from last year’s championship team will be new regulars in 2022-2023.

For Coach Sheahan, the roster turnover is nothing new.

“The roster is obviously very different. I’m used to dealing with that in the USHL. To me, it’s about getting the guys accustomed to the style of play, the pace of play, the work off the puck. Most importantly, our job is to get these players better. Our goal is to get the players better every day, and if we can do that we’ll get better as a team and the results will come.”

Despite the new faces in new places, the Chicago Wolves are a team that retools and reloads. The expectations are welcomed by players, coaching staff, and throughout all levels of the organization. With a core of young players including Vasili Ponomarev and Noel Gunler that will be returning with that championship experience along with a coach that knows what it takes to win and develop that high-end talent, the new-look Wolves in 2022-2023 are still a force to be reckoned with heading into October.

1-1 after one period of play at Invisalign Arena.

The #Canes got on the board first after a nasty toe drag by Vasily Ponomarev allowed him to walk right through a Florida defender and put one on the tape of Noel Gunler for a slam dunk. 🏀 pic.twitter.com/CVj34C8Atk