On February 24, most of us turned on our TVs or our social media platforms to the story that has dominated ever since – the Russian invasion of Ukraine 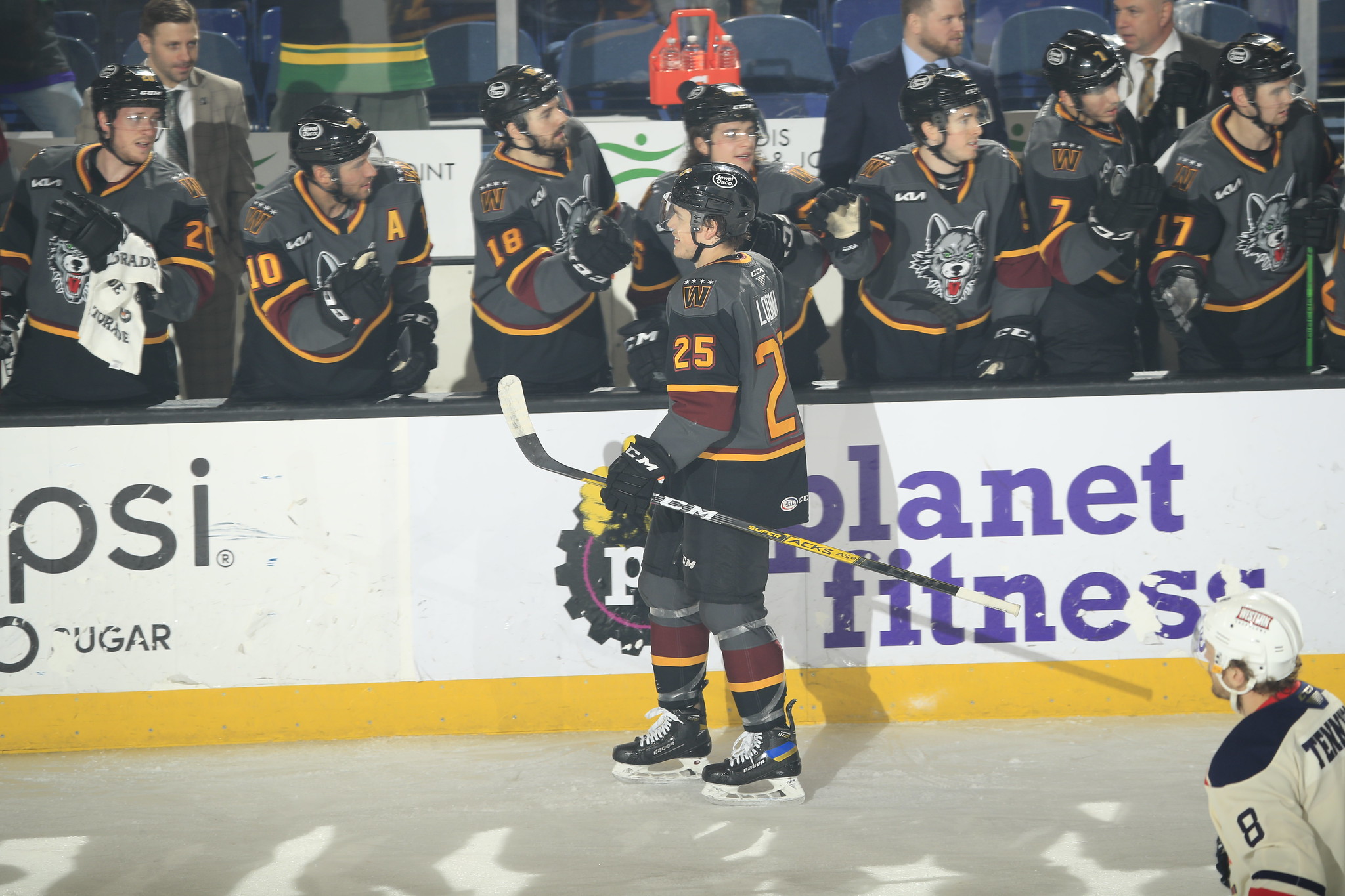 ROSEMONT, Ill. – On February 24, most of us turned on our TVs or our social media platforms to the story that has dominated the news feeds ever since – the Russian invasion of Ukraine. The mere thought of it all was jarring – two nations on the European continent engaged in all-out warfare for the first time since World War II. Before we could fully process what was going on, our feed was flooded with real-time videos of civilians fleeing their homes, tanks rolling over the border, and air raid sirens wailing over burning city blocks. Even with news channels rolling in footage on a 24-hour schedule, for most of us at home, this conflict raged over 5,000 miles away.

For Chicago Wolves forward Ivan Lodnia, the war hit much closer to home.

Lodnia, 22, was born in California to Ukrainian parents that immigrated to the United States just before his birth. As a first-generation American, Lodnia holds his heritage close to his heart and his identity.

“It’s all I’ve known my whole life.” Lodnia said. “I love it and it’s who I am. I wouldn’t change anything about it.”

On that fateful day in February, Lodnia was preparing for a road trip to Winnipeg to take on the Manitoba Moose when the news came down. Whenever he wasn’t on the ice, Lodnia was watching the news, seeing the events unfolding back in his parents’ homeland. These exhausting hours filled with worry in those early hours of the invasion took their toll on the young forward as he fought to stay focused on his game.

“Mentally, it was draining me a little bit. Recently it’s been better but the last couple of weeks, it’s one of those things where you wake up and you just have the news already playing. You don’t really know what’s true and what’s not true in the media. It’s kind of hard to be happy, I guess. There are times where you’re just going through the motions. There’s nothing wrong with your life, but for some reason you’re sad.”

It wasn’t just Lodnia’s countrymen in the line of fire – one of his uncles joined the Ukrainian army the day of the invasion, while another found his way to safety in Poland amid throngs of refugees fleeing the chaos. Lodnia himself hasn’t had direct contact with his family that remains in country, but did say that his parents were on the phone every day to talk with his uncles.

“Everything is fine and that’s all that matters right now.”

There was even chatter between Lodnia and his father – a rather quick conversation – to return home and join the fight. His father lived through the birth of Ukraine as a nation from the ashes of the old Soviet Union, and brought up his desire to defend that nation.

“I said if you go, then I go. He said I think you should stay here, and I said it looks like no one’s going. It was a pretty quick conversation.”

So, there went that idea. Lodnia was here to stay, but of course, it was difficult to stay focused with emotions and uncertainty at an all-time high. Lodnia would find his escape on the ice.

“It’s hard getting back on the ice, but I still kept my personal life away from the rink. When I come to the rink, it helps a lot. You kind of get your mind off things. Right when I step on the ice, you forget about everything. I think that’s been the biggest thing.”

With the support of his teammates and his coaches at his back, Lodnia is able to – at least for a few hours – find relief from the crisis that continues to unfold. With their support on and off the ice, Lodnia’s able to find an easier transition where he can stick to his game. He’s been brandishing the Ukrainian flag on his skates, and with a rash of injuries recently to the Wolves’ forward core, has seen an increase in playing time that saw him score a huge goal – his second of the season – against the Milwaukee Admirals on Wednesday night.

But what lies ahead? What’s the next step? It’s a question many of us watching from home have asked aloud to one another, and one that Lodnia and his family themselves are unsure of.

“It’s not like I can go in there and change everything myself. Us as a family, we’re just trying to make sure that people that we love are safe. Back home, we’ve been having a lot of people donate boxes of clothes for people who had to run away. We started a foundation [in California] where people can donate whatever they want, and we ship it over to Ukraine.”

Lodnia, from his personal social media accounts, has implored those who wish to donate and help those in their most desperate hour to use the resources provided by Nova Ukraine – a nonprofit dedicated to providing humanitarian aid. Lodnia’s also shared links to a special account opened by the National Bank of Ukraine for donators to raise funds for the armed forces in-country.

Lodnia’s expressed his gratitude for the support of Wolves (and all hockey) fans that stand behind him and his family during this uneasy time. Along with those well wishes, we all hope that this conflict can come to a quick end, that hate and division can be broken, and that peace can be achieved for the people of Ukraine.