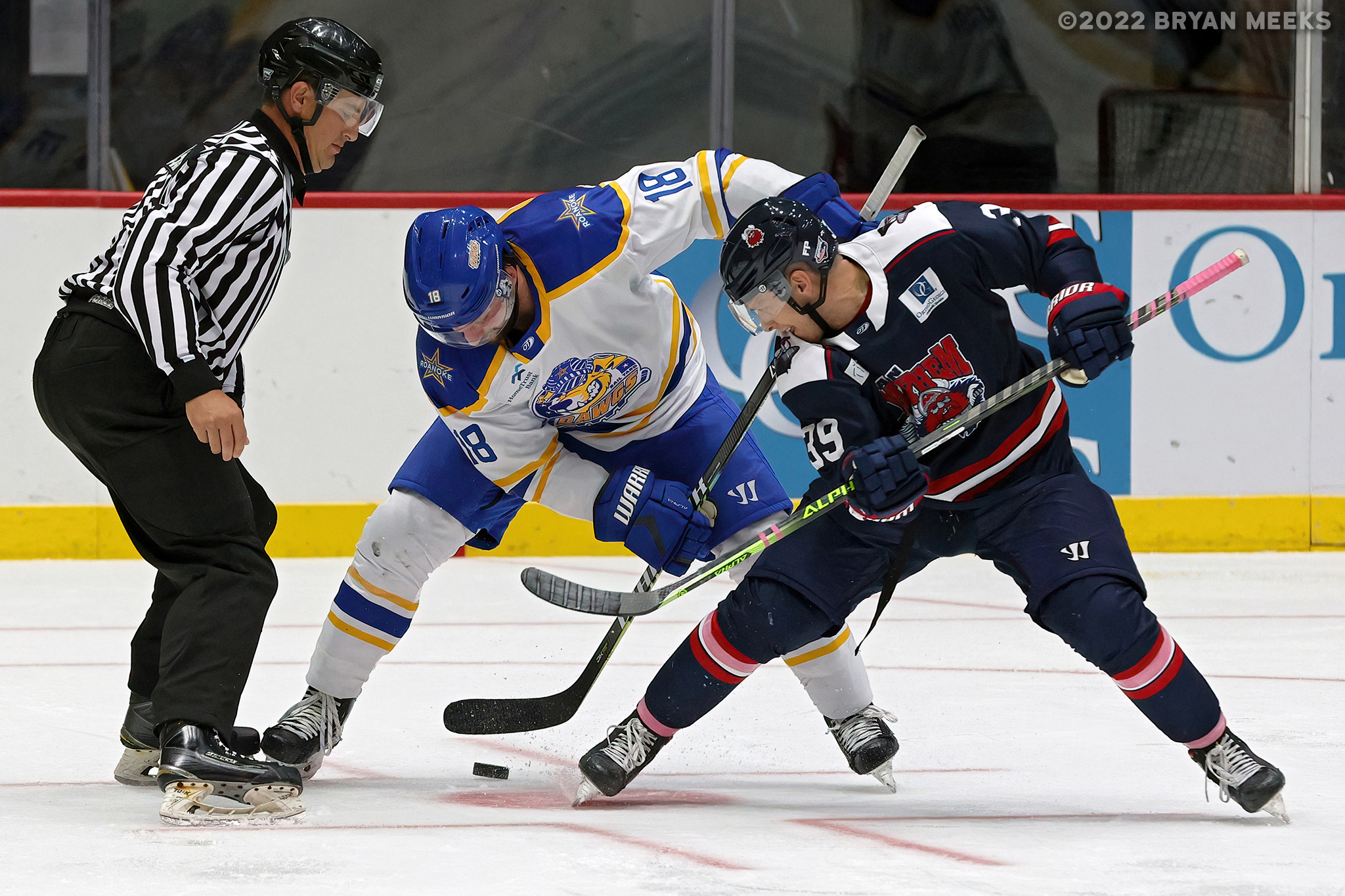 MACON, Ga. – One definition of insanity is to do the same thing over and over again and to expect different results.

It’s not something that the Macon Mayhem’s current coaching regime believes in, and that tactic has paid immediate dividends.

The Mayhem head to Roanoke on Friday to face the Railyard Dawgs, and it was a pair of losses to the Roanoke two weekends ago that prompted head coach Nick Niedert to shake the roster up.

“The weekend against Roanoke was unacceptable,” Niedert said. “We had to show that our organization is not going to stand for it. We made changes, and it worked out for the better.”

A trade early last week brought a bundle of new arrivals to the Mayhem. In a three-team trade between Fayetteville and Evansville, forward Rhett Kingston and Liam Blackburn arrived along with defenseman Timothy Faulker. They were also joined by center Joey Sofo and Colton Fletcher who also came in separate transactions.

“We made a lot of transactions, all the new players were able to come and practice Wednesday and Thursday of last week. We were on the road in Columbus practicing, and it was good we were able to do that because the guys got to spend a lot more time together,” Niedert said. “It’s a fun trip, you can handle it the right way or the wrong way, and the guys handled it the right way. They got to know each other a little bit. The first practice was much more intense than we had before and it carried over.”

It didn’t take Macon long to show strides. Even in last Friday’s 3-2 loss to Knoxville, the Mayhem showed marked improvement, matching the Ice Bears through two periods before Knoxville pulled ahead with a single goal – a far cry from losing by a combined score of 10-3 the previous weekend against Roanoke. It came as Tom Aubrun stopped 26-of-29 Icebears shots.

That all led into Saturday night in Fayetteville, a team that Macon didn’t get a single win against all of last season. This time, the Mayhem gained the upper hand from the opening puck drop in a 3-0 win, grabbing an astounding 19-6 shots on goal edge.

“The biggest thing we preached all week was that this is the group we want to go forward with,” Niedert said. “This group was 0-0. The organization may have been 0-4, but this group was 0-0, we have a clean slate.”

But Saturday’s start was more than just peppering the net with shots. It was about taking advantage of those opportunities, too. And take advantage, Macon did, three first-period goals, two from new arrivals in Sofo and Blackburn with CJ Hayes having the other. Plus, Kingston had two assists, giving him three assists in two games.

“The new guys fell into their spots and have really taken off,” Niedert said. “All the new guys started buying in and pulling the rope the same way, it’s been great.”

It helped make Macon goalie Josh Benson’s job easy as he posted Macon’s first shutout since March 25 of last year, one of two shutouts last season for the Mayhem.

But don’t expect to see Benson in the crease every night, says Niedert. Now with every team on Macon’s schedule being at least a few hours away, at minimum. For that season, fans should expect a steady rotation of Aubrun and Benson.

Macon returns home next week, hosting Birmingham on Thursday, Pensacola on Friday, and Knoxville on Saturday.