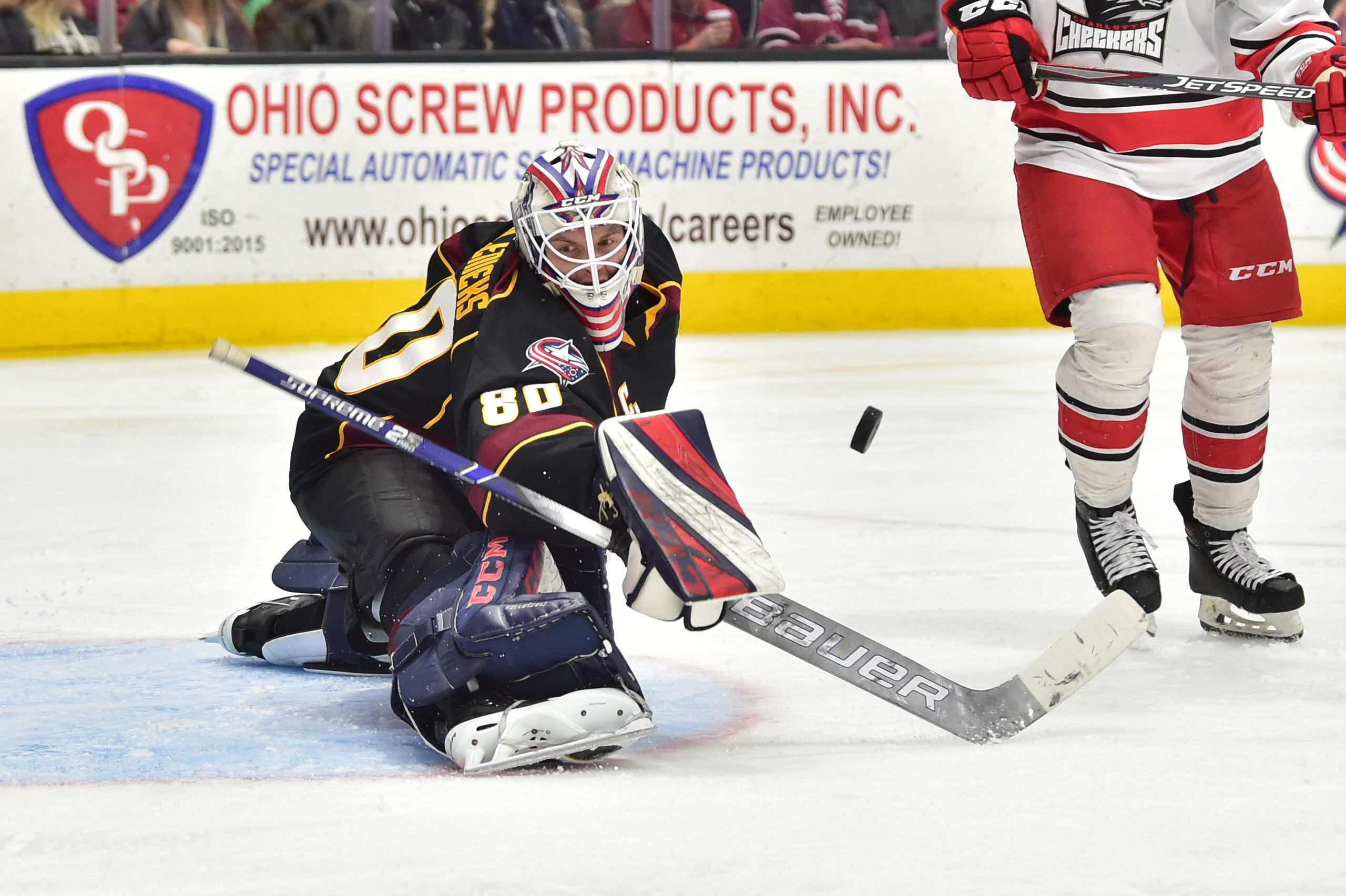 MONDAY AFTERNOON UPDATE: Officials in Oakland County, Michigan say Kivlenieks’ death was caused by chest trauma, according to an autopsy:

But Kivlenieks’ cause of death, as listed on autopsy, is “fireworks mortar blast, chest trauma,” not a head injury as first suspected.

CLEVELAND – Earlier today, the Columbus Blue Jackets, NHL affiliate of the Cleveland Monsters announced that goaltender Matiss Kivlenieks passed away last night at the age of 24 as the result of a tragic accident. Per the Blue Jackets’ statement, “The Riga, Latvia native suffered an apparent head injury in a fall. Medical personnel were called immediately, but he succumbed a short time later.”

Throughout the morning, details have started to come in surrounding the accident. As of the time of publishing, the Associated Press is reporting that a mortar-style firework tilted slightly and started to fire toward people nearby. Kivlenieks fled a hot tub, along with others, but slipped and hit his head on concrete. This information is per Lt. Jason Meier of the Novi Police Department.

The fire department and EMTs arrived at the private residence around 10:13 PM Eastern Time on Sunday night and rushed him to a local hospital, where he was pronounced dead, Meier said.

“At the moment, we’re pretty certain this was a tragic accident,” Meier said.

Tributes for Kivelenieks poured in from teammates and those closest to the Blue Jackets and Monsters organization.

Blue Jackets President of Hockey Operations, John Davidson shared his thought in the initial statement by the team.

“We are shocked and saddened by the loss of Matiss Kivlenieks, and we extend our deepest sympathies to his mother, Astrida, his family and friends during this devastating time. Kivi was an outstanding young man who greeted every day and everyone with a smile and the impact he had during his four years with our organization will not be forgotten.”

Meanwhile, Monsters General Manager Chris Clark also made a statement through the team:

“We are devastated by the loss of Matiss Kivlenieks, and send our condolences to his family, teammates, and friends at this time. Matiss approached the game and every day with joy and positivity and his presence will be missed by all. The impact Matiss made on the Cleveland Monsters organization and each of us individually will not be forgotten.”

Heartbreaking. Kivi was an amazing person with an infectious personality and zest for life. He was universally loved and respected in the dressing room. I’m grateful to have shared the ice with him https://t.co/no3vGZtAmu

Seeing all the beautiful tributes to Matiss only further cements what kind of person he was! What a tragic loss for all of us who knew him and I am thinking and praying for his family. Heaven gained a darn good goalie and better person… Just, way too soon.
RIP Kivi! ??❤️ https://t.co/k2XWVXmfYE

Words are hard to find right now, but the day we put the same jersey on meant that we would be family forever. When my kids play Kivi “the kid” in goal it will have a greater meaning!! RIP kid, love you brother ? #cbj #familyforever pic.twitter.com/J2te4QuAB9

Heartbroken for his family and all those who knew a special person and a great goaltender, Matiss Kivlenieks. pic.twitter.com/ogWSJnmmxx

For me, personally, it was always such a joy to cover Kivlenieks. While he was a consummate professional and took his craft seriously, his joy for life and his job always came through. Quick with a smile, he instantly became one of my favorite people to interview. As I got to know him a little better in the 2019-20 season, he would open up a little more and, at times, try to get me to smile. I will say I appreciated it, especially during a heavy post-game presser.

It doesn't have to be pretty, as long as it is effective.

He was the kind of guy you just wanted to succeed. As Tony Brown said, he was just so easy to root for. While, as a reporter, I must remain impartial, I could not help but root for him behind the scenes. Watching his callups into the NHL were highlights for me and I am so thankful that Kivenleieks, his family, and friends got to experience that.

I will miss him around the Rocket Mortgage FieldHouse. His light was so bright and he impacted so many lives.

With the Monsters, he posted a 33-35-9 mark, 3.31 GAA, .896 save percentage, and three shutouts spanning 85 career games from 2017-21. He represented Latvia at several international tournaments including the 2021 IIHF World Championships this spring, where he went 1-2 with a 2.18 GAA, .922 save percentage, and one shutout in four games.

We here at Field Pass Hockey extend our condolences to the Kivlenieks family, his family, friends, and all of those in Latvia Hockey, the Columbus Blue Jackets, and Cleveland Monsters.