PORTLAND, Maine – On September 11, it was announced that New York native Johnny Coughlin agreed to re-sign with the Maine Mariners for the 2019-20 season. 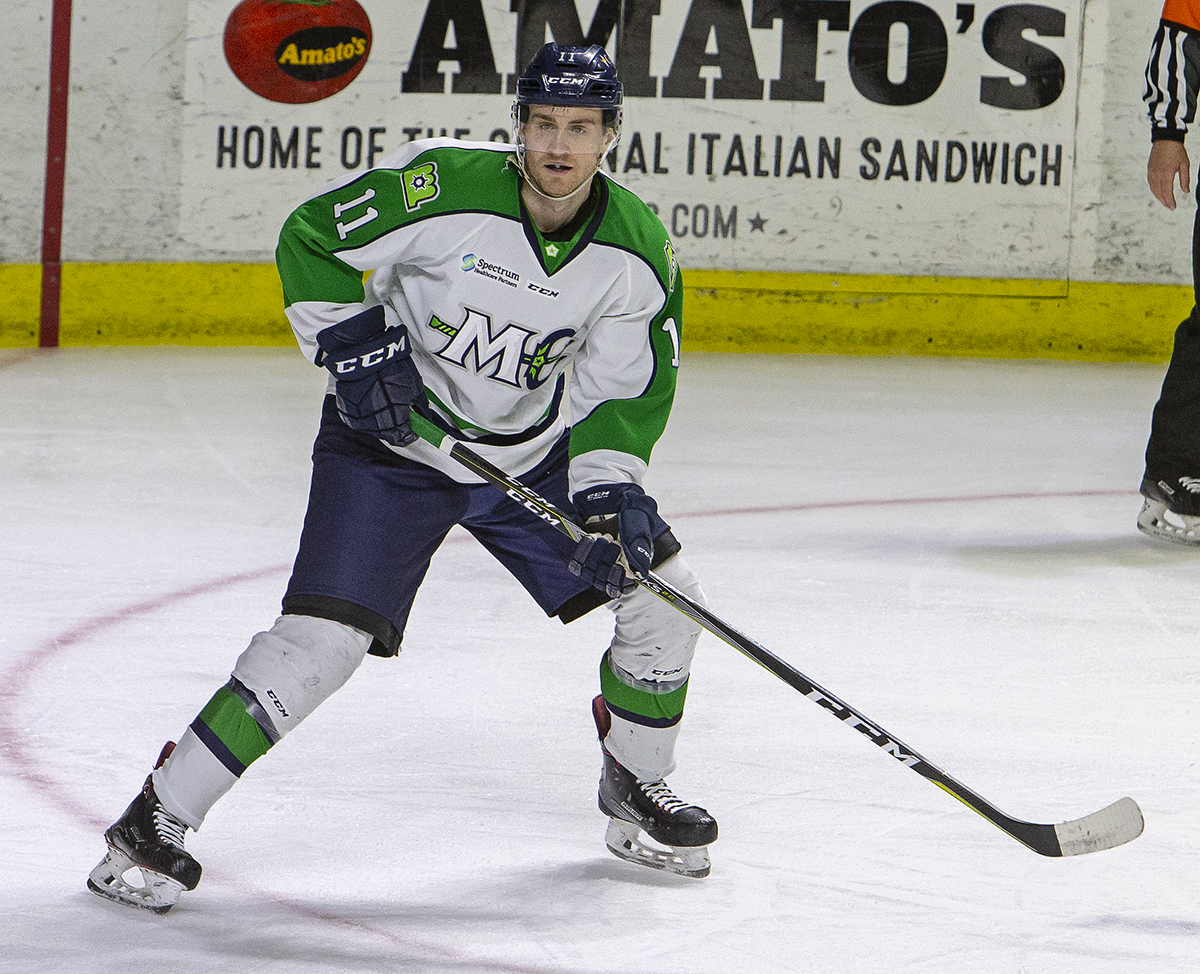 PORTLAND, Maine – On September 11, it was announced that New York native Johnny Coughlin agreed to re-sign with the Maine Mariners for the 2019-20 season. Coughlin first signed an SPC with the Mariners on March 15 of last season following his senior year at Holy Cross. In 10 games played last year, he accrued four assists, with three coming in the last four games of the regular season.
According to the Mariners’ press release, Coughlin’s time in Maine after college last year readied him for his first full season this year.

“Having the opportunity to join the Mariners last season was crucial to my development heading into my rookie season.”

Originally from Fairport, NY. Coughlin played at Trinity Pawling Prep School where he served as team captain during the 2013-14 season. He also played a season of juniors with the BCHL’s Vernon Vipers before beginning his college career with Holy Cross in 2015-16.

During Coughlin’s college career at Holy Cross, he played at least 35 games in each of his four seasons. Not only was Coughlin the leading scoring defenseman last season with 21 points, he was second overall on the team. Coughlin put up double-figure point numbers each year, and is remembered for his game-winning goal in overtime against defending NCAA champion Providence in 2016. He will rejoin with his former college teammate and Mariners re-signee, Ryan Ferrill, in Portland next season.

“I am excited to be back in Portland for another season and build on what we started last year,” Coughlin said.

The Maine Mariners made their ECHL debut in the North division during the 2018-19 season under head coach Riley Armstrong and finished with a 37-32-2 record.
The Maine Mariners kick off their second season at home against the Adirondack Thunder October 11 at the Cross Insurance Arena. Opening faceoff is at 7:15 p.m. ET.