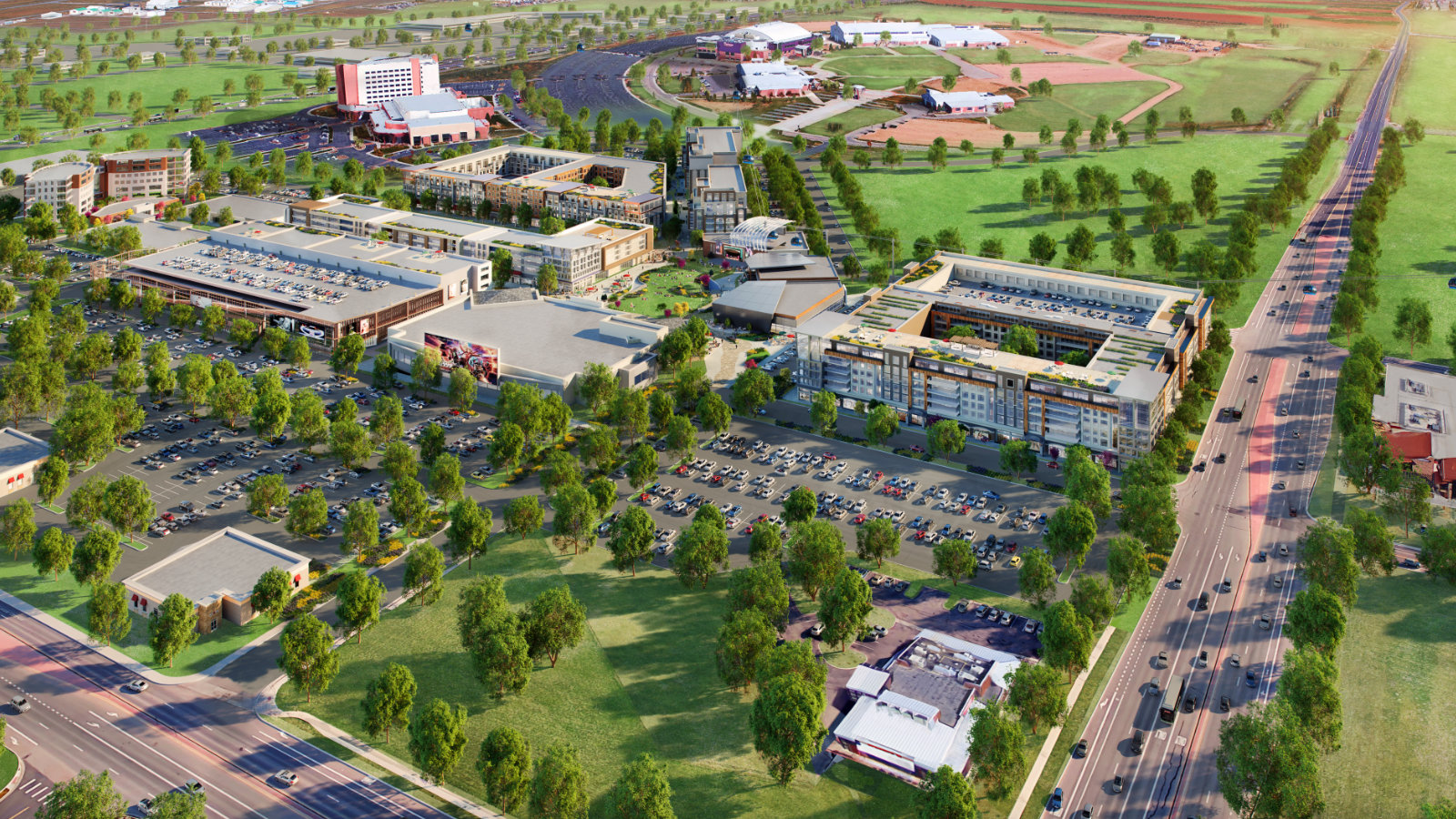 LOVELAND, Colo. – On August 28, Colorado Eagles owner Martin Lind granted an audience with The Sin Bin for a half-hour phone interview. News had broke a couple weeks before about Lind’s collaborative efforts with Larimer County to continue building and expanding the grounds of The Ranch, the county’s property that hosts the Budweiser Events Center (the Eagles’ current home) and agricultural/rodeo event venues.
The most notable tidbit out of the original Denver Post article, published August 18, was that Lind was already in the beginning stages of planning a brand new, 10,000-seat arena for the Eagles to play in come 2021-22. The BEC, built in 2003, has the fourth-lowest attendance capacity in the AHL at 5,829. Even so, they still averaged a better per-game average (5,140) than 12 other AHL clubs last season. So, with upgrades and renovations made in the 2018 offseason to accommodate American League standards, why did Lind decide to pull the trigger on a new stadium when the Events Center is only 16 years old?

“When we asked for a sales tax increase for The Ranch back in 2017, we didn’t ask voters about a new arena. We basically received $50 million to add 300 seats and amenities. More revenue comes with increased capacity, and since we jumped to the AHL in 2018, we had to go back and ask the county, ‘Please don’t do that!’ It’s not a good value of taxpayer dollars, and we don’t want to waste it. I don’t like government waste.”

After Lind approached Larimer County regarding the possibility of a new arena, the county began fielding ideas for its fulfillment. Larimer County has completed a Request for Information (RFI), and are now approaching the Request for Proposal (RFP) phase to see who will possibly build a new home for the Colorado Eagles. Yaeger Architecture, a firm based out of Lenexa, Kansas, announced in December 2018 that they were working alongside Legends Project Management, Convention Sport & Leisure (CS&L), and Populous to “develop a master plan for improvements to The Ranch.” The southernmost portion of the property is also planned to have a practice rink for the Eagles, as Lind proclaimed to the Loveland Reporter-Herald back in May.

With future growth planned for the south side of The Ranch, one rendering shows a possible hotel/arena location (upper right) along with three practice/community rinks situated southwest of the main arena. Photo Credit: Yaeger Architecture

The Budweiser Events Center wasn’t initially built for an American Hockey League team, let alone an ECHL one, when it was constructed between August 2002 and September 2003 for $28 million ($38.1 million with adjusted inflation). The Eagles were part of the Central Hockey League then, and with jumps to the ECHL and AHL in subsequent years, Lind says the lifespan of the BEC hosting the Eagles has run its course.

“The Events Center was built on a very, very low budget. Look at (former Avalanche home) McNichols Arena. It was only 24 years old when it closed, but it needed to be replaced due to the roof leaking and the foundation crumbling. The BEC wasn’t even part of the original Ranch plan, let alone this much success. So, there is validity in building a new arena. Like that famous Wayne Gretzky quote, we have to go where the puck is going to be, not to where it’s been or is currently.” 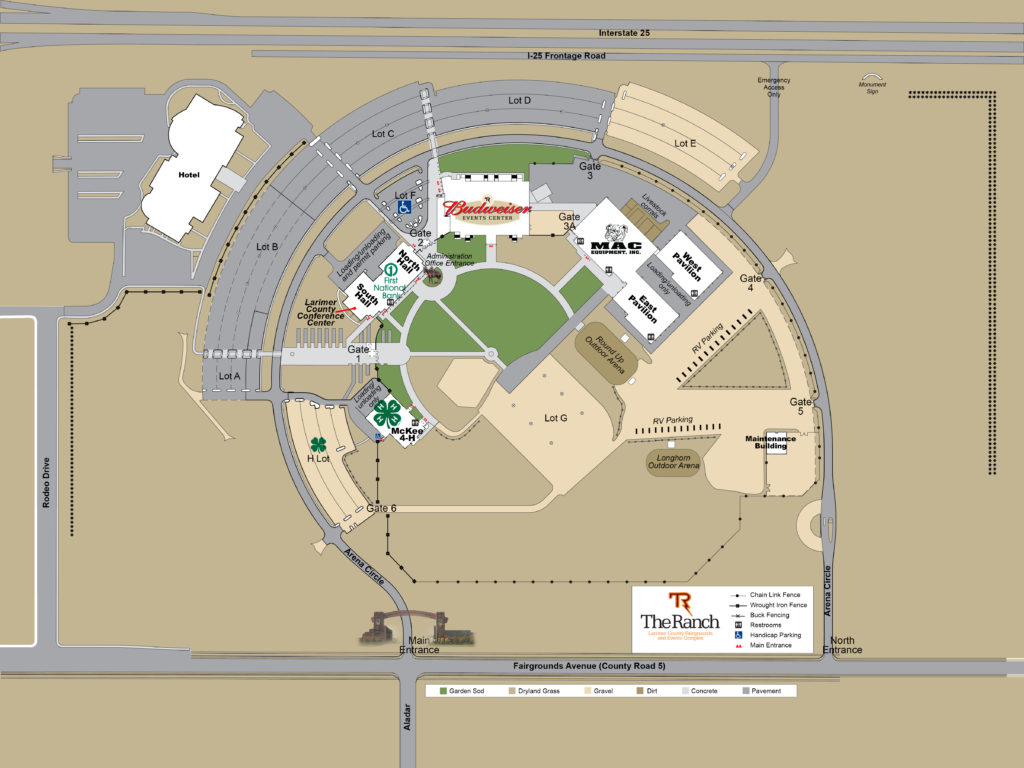 The current site map for The Ranch includes a large, empty portion in the lower left-hand (southeast) corner. In a number of renderings, this is the location of the proposed arena. Photo Credit: The Ranch / Larimer County

As you can see on the map above, there is significant space on The Ranch for a new arena. But, the original Master Plan, with information compiled from June 2016 to August 2017, didn’t take into account the Eagles’ ascent to the AHL. So, with a good working relationship between Lind and the county well established, a pivot had to occur regarding plans for the future.

“The county published a new Master Plan in December of 2018. There’s a plan for youth hockey, a new hotel, and the new arena in the southeast corner of The Ranch itself. We want it to be the downtown area of Northern Colorado, having a place for all the happenings…to be THE place in NoCo, the LoDo [Denver’s Lower Downtown neighborhood] of NoCo.”

This image was culled from the Larimer County website from a deleted May 2019 presentation. Could this be the Eagles new home in 2021? Photo Credit: Larimer County

Lind told me that, if I dug around on the county website, I would be able to find the updated Master Plan. My initial searches on the Larimer County site, however, yielded nothing but a few small images from a presentation in May 2019. Included in the images were the new layout of The Ranch (complete with new arena and livestock pavilions) and a rendering of what the new Eagles arena could possibly look like.
As for the inner workings of said new venue, Lind is in tune with the experience that modern-day fans crave, and is looking forward to providing that to the Eagles faithful.

“Sports venues have changed. Look at the bar in the outfield at Coors Field; when the stadium opened in 1995, that wasn’t even in the minds of the developers. The new arena and surrounding area will provide atmosphere, from the nearby retailers to the music in the plaza. It will be a flexible building, creating more revenue through more hours used. There’s going to be a hotel hooked into it. There will be new opportunities for groups by using space and not seats. Fan experience will increase, with bigger concourses and better bathrooms playing a part in that. You have to grow; if you’re not growing, you’re dying.”

As optimistic as Lind is about a new arena housing the Colorado Eagles in 2021, nothing is set in stone as of yet. The Ranch’s Campus Director Chris Ashby states that all this talk of a new hockey facility needs to slow down until the county is finished conducting its research.

“We have not fully decided (about the arena),” said Ashby. “It is still very much in the implementation stage, and we expect to be in the RFP stage this fall. The county is doing its due diligence and vetting the best way to use taxpayers’ money.”

Follow C.C. Hawkley on Twitter (@SinBinEagles) for the latest on Colorado Eagles hockey! Don’t forget to follow The Sin Bin (@SinBinNews) for all your minor league hockey news and insight!