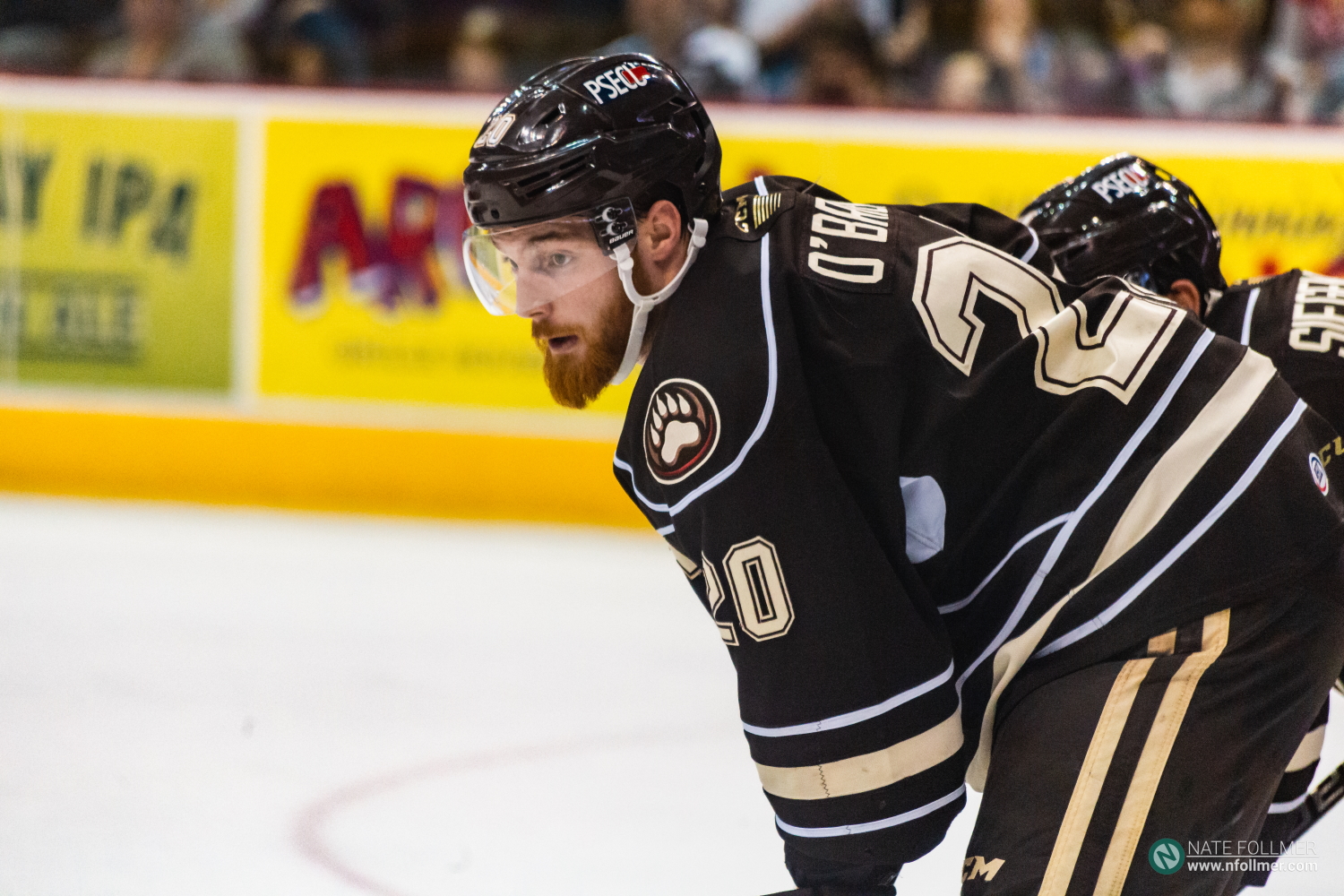 LOVELAND, Colo. – While the United States was celebrating the Thanksgiving holiday this past Thursday, the Colorado Eagles were preparing to serve up some “Big Tuna”.

On Friday, the Eagles gave word that the team had signed long-time Hershey Bears forward Liam O’Brien to a one-year AHL contract. The 26-year-old has played 370 AHL games over six seasons with Hershey, tallying 63 goals and 74 assists with 639 penalty minutes accrued. O’Brien has also earned time with the NHL’s Washington Capitals, netting one goal and one assist in 13 games played. 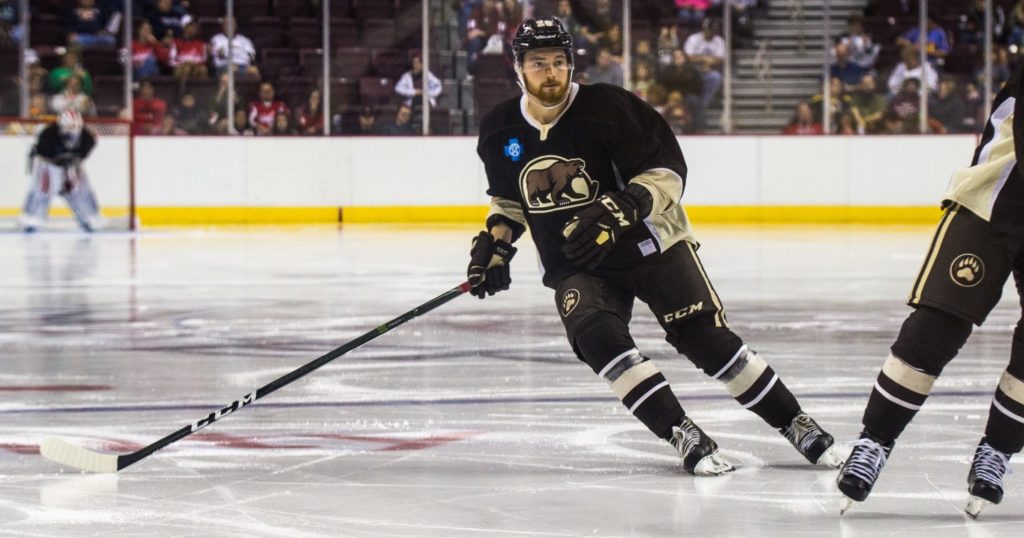 In his Bears free agent series this offseason, The Sin Bin’s Corey Swartz detailed O’Brien’s unrestricted free agency after the expiration of his one-year, two-way contract with Washington. Swartz proclaimed the Bears’ alternate captain as a “hardworking, reliable winger at all positions” and whose “leadership qualities and workmanship are a massive asset”.

“He’s the kind of player a team loves to have in the locker room, and his willingness to step up to the plate and deliver a big moment or performance is a constant. Whether it was a big fight with Tom Sestito off the draw in Game Five of the 2016 East Division Finals, or scoring a huge goal in Game Three of last spring’s first round series against the Bridgeport Sound Tigers, it’s easy to see O’Brien makes his presence known every night and even more so in the biggest moments during his time in Hershey.” 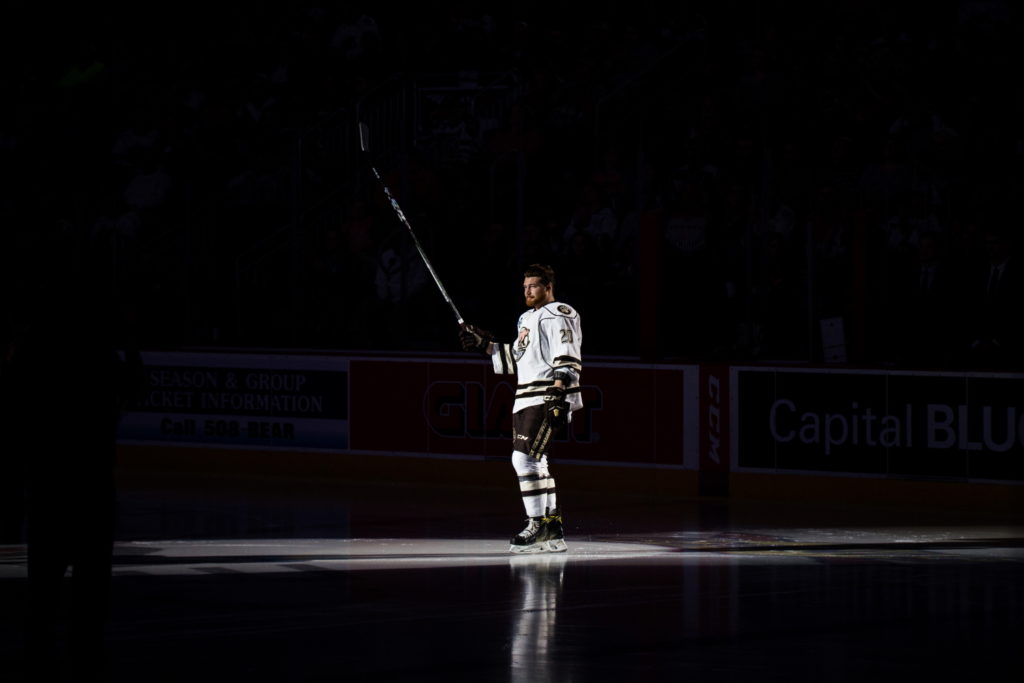 Praised for his toughness, locker room presence, and fan interaction off the ice, O’Brien’s departure is already being lamented by the Hershey faithful. The Bears’ loss seems very much Colorado’s gain, however, as the Eagles fill the need for more grit with a younger yet seasoned veteran joining the club.

Colorado has done well in re-upping on leadership this offseason. With the additional of the aforementioned O’Brien and his alternate captaincy with Hershey, the Avalanche also traded for the rights of former AHL Bridgeport captain Kyle Burroughs on October 11 and signed him to a new deal on October 30.

Below is an updated list (as of November 28) of new arrivals, re-signings, departures, and unknowns regarding Colorado’s roster for the 2020-21 regular season.