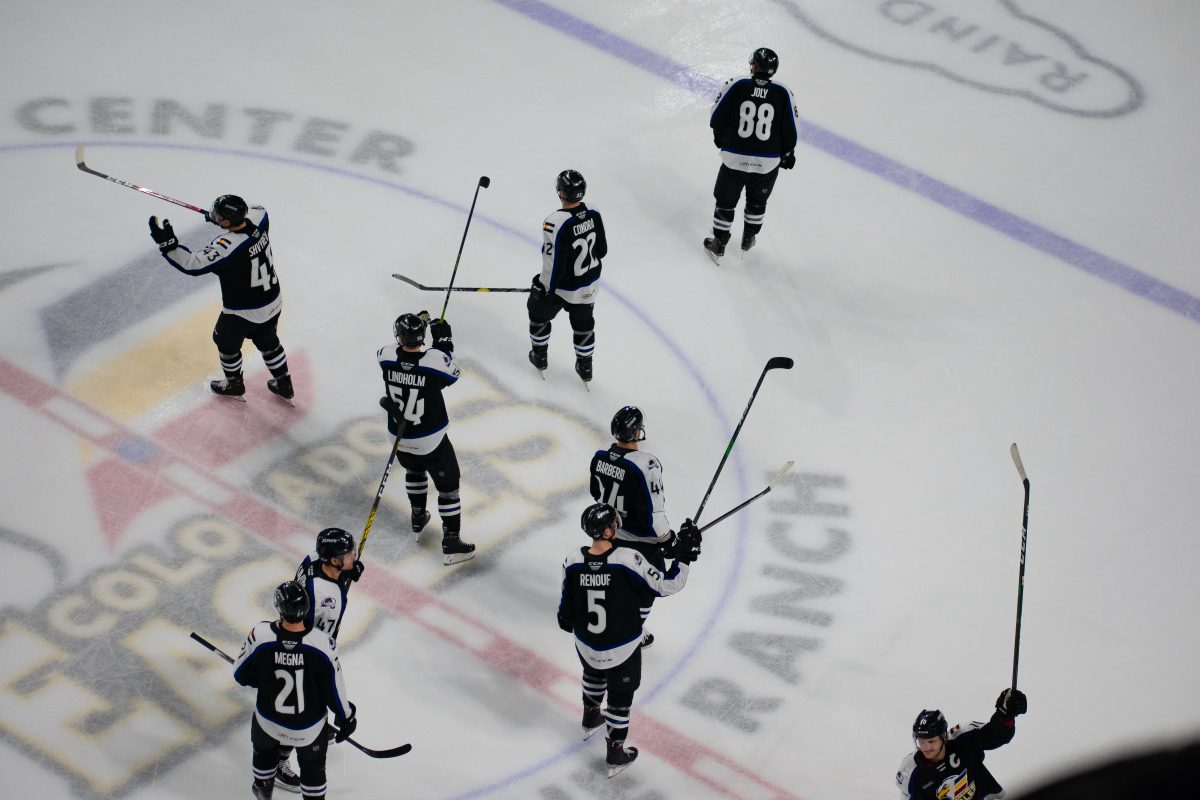 Eagles Mount Up with Grizzlies Call-Ups

Eagles Mount Up with Grizzlies Call-Ups

DENVER – The trickle-down effect concerning injuries in hockey happens every year. It’s a well-chronicled aspect of the Colorado Avalanche affiliation tree this season. With a handful of players going down near the beginning of the 2019-20 campaign and in the month of February, the Avs have had to pull skaters from the AHL, and the Colorado Eagles have had to utilize call-ups from their ECHL affiliate, the Utah Grizzlies.
As of March 12 (when the AHL suspended league play due to COVID-19 concerns), the Eagles had seven skaters on their active roster who played the majority of their 2019-20 regular season with the Grizzlies. When Avalanche members Matt Calvert, Philipp Grubauer, and Mikko Rantenan went on injured reserve between February 15 & 17, the Utah call-ups began for the Colorado Eagles.
From February 15 to March 11, the Eagles went 7-3-0 on the backs of their called-up Grizzlies depth.
Here’s a look at the seven skaters and how they contributed to the Eagles during their time in the AHL this season.

Wagner has split his time almost evenly between Utah and Colorado this year (23 games with the Grizzlies, 24 games with the Eagles). On March 1, in a 3-1 Colorado victory against league-leading Milwaukee, he scored two goals (one of which was the game winner) to help the Eagles split the weekend against the Admirals. From Feb. 22 to March 11, Wagner tallied four goals and one assist in seven games.
His March 1 postgame assessment of the ECHL cavalry in Loveland was short and sweet.

“We’re just a hard-working team. Some nights we may not have all the skill, but we’re going to work hard.”

Molino joined the Eagles from the Grizzlies just a day prior to Wagner (February 21). Even though his impact on the scoresheet isn’t very impressive upon first glance, his placement on the same forward line with veteran Erik Condra and team points leader T.J. Tynan no doubt gave credence to his ability.

On March 1, he also spoke postgame with The Sin Bin about the abundance of former Grizzlies with the Eagles at the time and resulting success they had been a part of.

“I’M RELATIVELY NEW, BUT STILL KIND OF FEEL LIKE THE GROUP IS COALESCING AT THE RIGHT TIME. IT SPEAKS A LOT ABOUT A TEAM WHEN YOU GET NEW GUYS IN THE LOCKER ROOM AND STILL FIND A WAY TO GET A WIN.”