ESTERO, Fla. – The road to the Kelly Cup will roll through southwest Florida after the Florida Everblades won the Brabham Cup on Saturday night. The ‘Blades enter the 2021 Playoffs pushing against league history, as only five league regular season champions have gone on to win the Riley/Kelly Cup in the league’s 33-year history.

Their first challenge is to play one of the hottest teams in the league, the South Carolina Stingrays, who have won eight of their last ten games, including six straight.

After spending the middle portion of the season mired outside of the playoff field, the South Carolina Stingrays got healthy and key contributors back from Hershey, to blaze a trail to their 27th playoff berth in their 28-year history.

The Everblades were 10-1-1-1 against the Stingrays this season and earned a 7-1-1-1 mark at home against South Carolina. Captain John McCarron led Florida with 18 points (5G, 13A) in the 13 games against South Carolina this season. Forward Alex Kile notched a team-high nine goals against the Stingrays in those 13 games as well.

For the Stingrays, Brett Supinski led the group with 12 points, including seven assists. Three other Stingrays each had five goals. 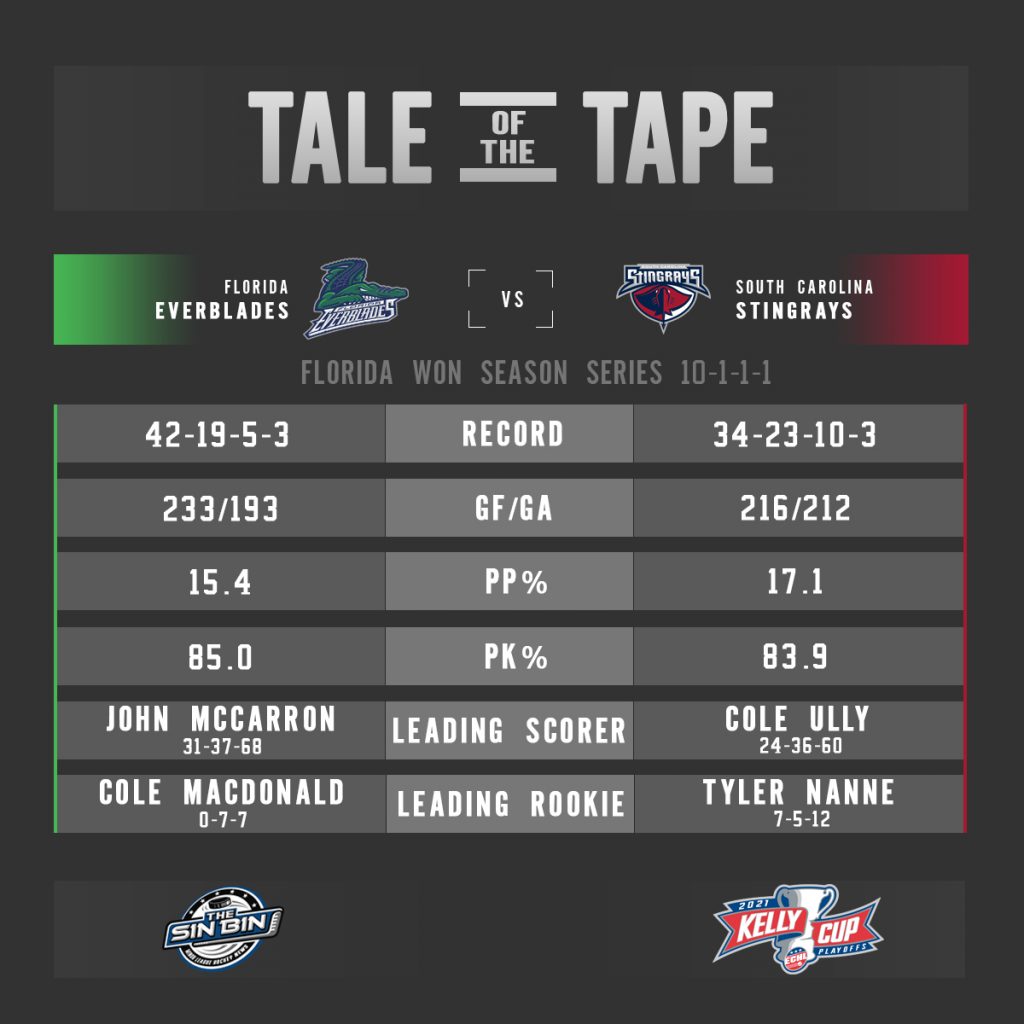 The Stingrays will be keying on players like McCarron and Alex Kile, which creates an opportunity for the Everblades’ depth to step up. If the depth shows up, it doesn’t matter what kind of game Florida plays, they’ll have a good chance of winning the series.

The Stingrays will also need to keep the Everblades power play off the board. They did a good job of doing that in the regular season series, however, Cameron Hebig and several others who had been on AHL call-ups during the season have returned, and the power-play is showing signs of life.

But most importantly, if the Stingrays want to pull the upset, they have to win both games on home-ice. During the season series, the Stingrays went 0-3-0-0 in Estero.