WICHITA, Kan. – The ECHL Trade Deadline came and went, largely without a peep, last week, and now the push to the Kelly Cup Playoffs is on. In this edition of ECHL Headlines, we look at the winners and losers (such that they are) from the deadline, as well as what the recent rash of COVID postponements and ice snafus could mean for the Kelly Cup Playoffs, a standings check, and of course, the weekly “hardware.”

From the “if you blinked, you missed it” department, the ECHL Trade Deadline came and went with nary a noise last Thursday. Sure there were two trades, but they were nothing earth-shattering…simply moves to enhance depth. The big move of the deadline came last Monday when the Wheeling Nailers shipped two-time Kelly Cup Champion Michael Joly to the Orlando Solar Bears for future considerations.

Orlando – Since the trade, Joly has scored twice and has three points in three games. Safe to say the initial returns have been good. Joly is capable of taking over a playoff series with his offense and makes Orlando very deep up front. However, I still have concerns with their team defense, allowing 3.13 goals per game (second-highest among current playoff teams) as I don’t think they’re deep enough to contend with Florida, Greenville or Indy.

In a year where the AHL & trade market price dictated a lot of the action, it’s hard to pinpoint a particular team as a loser. Some years, the market is just too expensive. Especially this year, where the probability of teams getting some help from AHL clubs down the line is good, teams kept assets more closely to the vest than they might have other years.

Of Ice and COVID…

I’ll level with you, when the league announced they had intentions on playing a full 72-game season, I thought there was no way this was going to work. As the season started, we saw the case numbers climb both nationally and within the league as the third wave of Coronavirus gripped the country.

Now with the vaccines available to everyone 16 or older, things have started to open up again and mask mandates are beginning to go away. It’s probably not a coincidence that as things are happening at a national level, there has also been an impact on the ECHL. In the last 10 days, we’ve seen six games postponed due to “healthy and safety protocols” and the numbers on the COVID list climbing.

To make matters worse, ice issues have plagued Indy and Wheeling, where games have been postponed or canceled in the last three weeks.

With the league trying to perform the ultimate high-wire act — having a full season in the face of a pandemic — and playing as late as they ever have, it has to be an open question on whether contingency plans are in place for COVID protocol and ice issues in the playoffs.

We reached out to the ECHL for a comment on this, but as of Friday morning, had not heard back. If we get a response, it will be in next week’s article.

In a playoff that is interesting in and of itself, the prospect of these two issues will be hanging around in the back like a bad smell. Hopefully, we don’t see them come to the surface and the playoffs can be played to completion.

As we enter the weekend, spots 2-5 in the East are completely up for grabs, thanks to Indy’s slow down in the last few games. Florida has scuffled, too, going 2-7-1-0 in their last 10. If it weren’t for their great start to the season, the Everblades would be in the same fight as the other teams. COVID is heavily impacting this division currently, with Florida on the shelf this weekend; Indy and Orlando also have players in the COVID protocol. 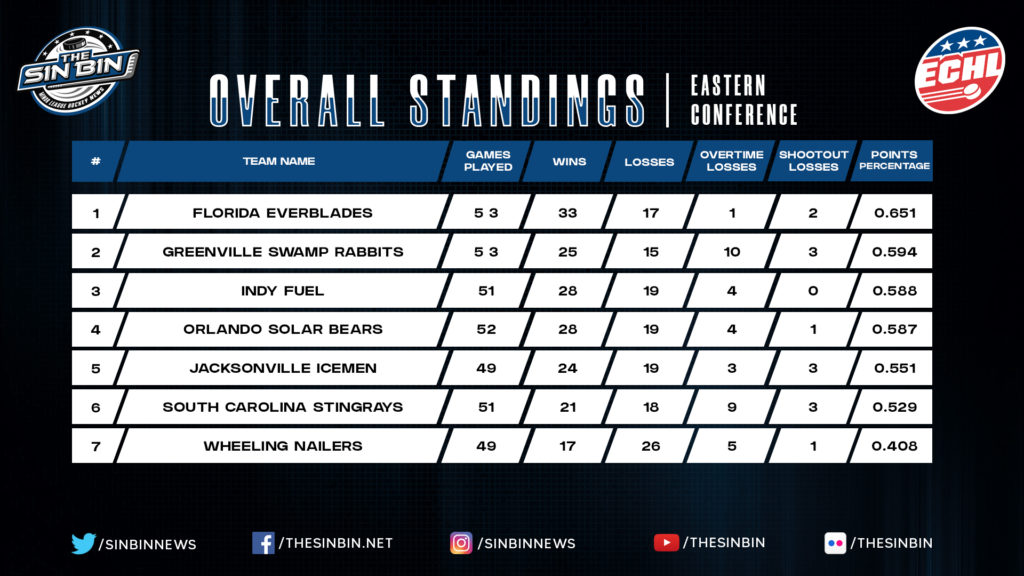 Out west, Wichita has moved into first place outright with a win over Utah on Wednesday night. The Utah loss moved Rapid City into the fourth playoff spot as they enter the weekend playing three against the Kansas City Mavericks. Still feels like every team is in the playoff hunt, but Tulsa is hanging on by a thread. 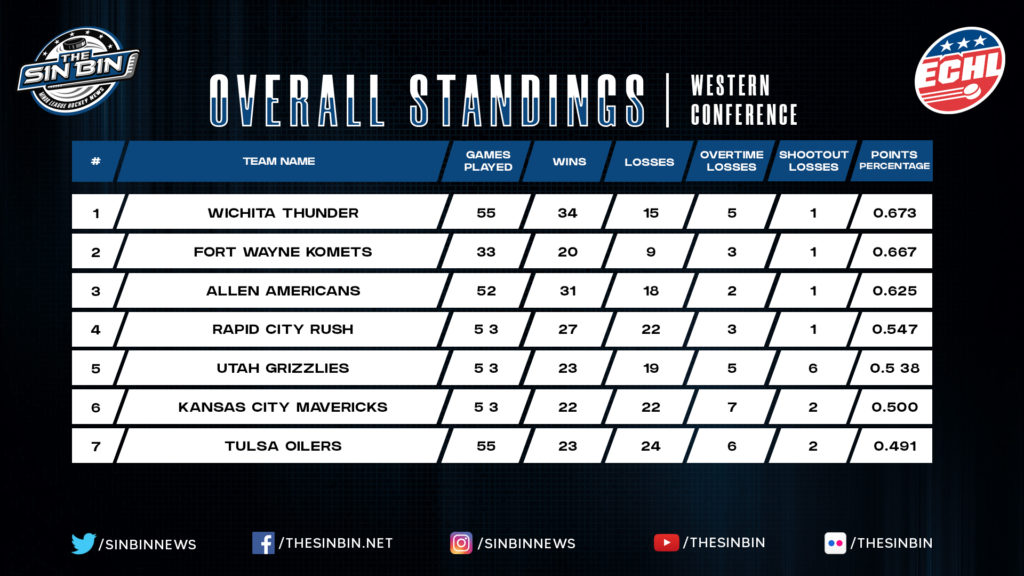 Matteo Gennaro (Wichita): In four games last week, the second-year forward posted six points (3G, 3A), including the game-winning goal last Friday night as the Thunder completed their second four-goal comeback of the season. Entering this weekend, Gennaro sits 10th in league scoring with 43 points (19G, 24A) in 49 games played. 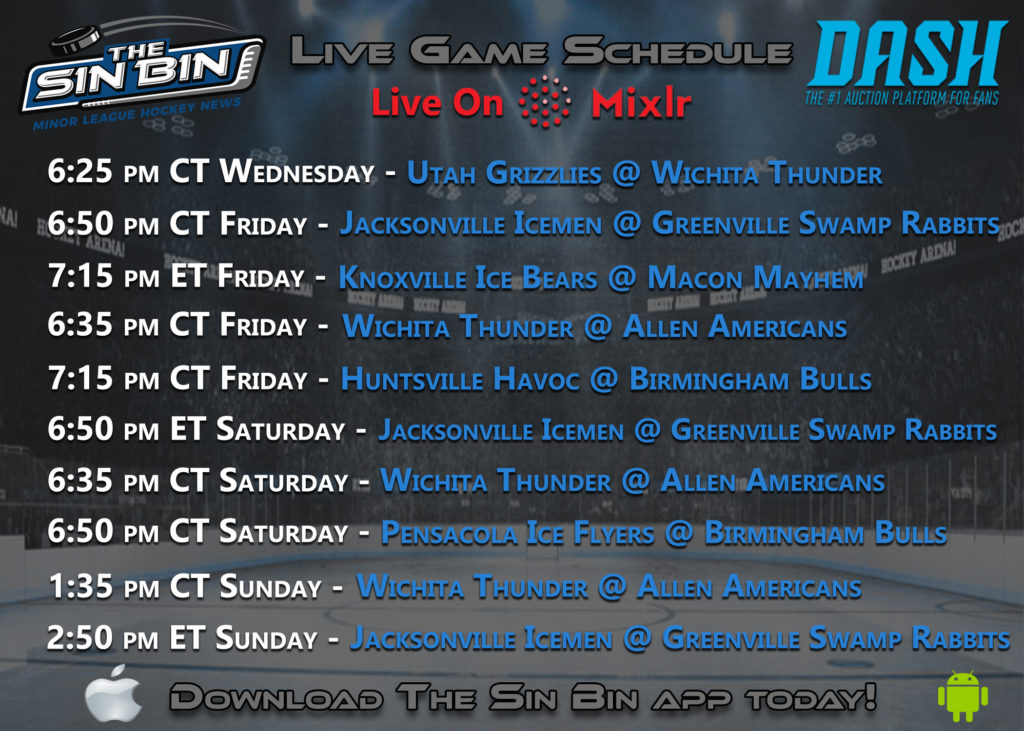