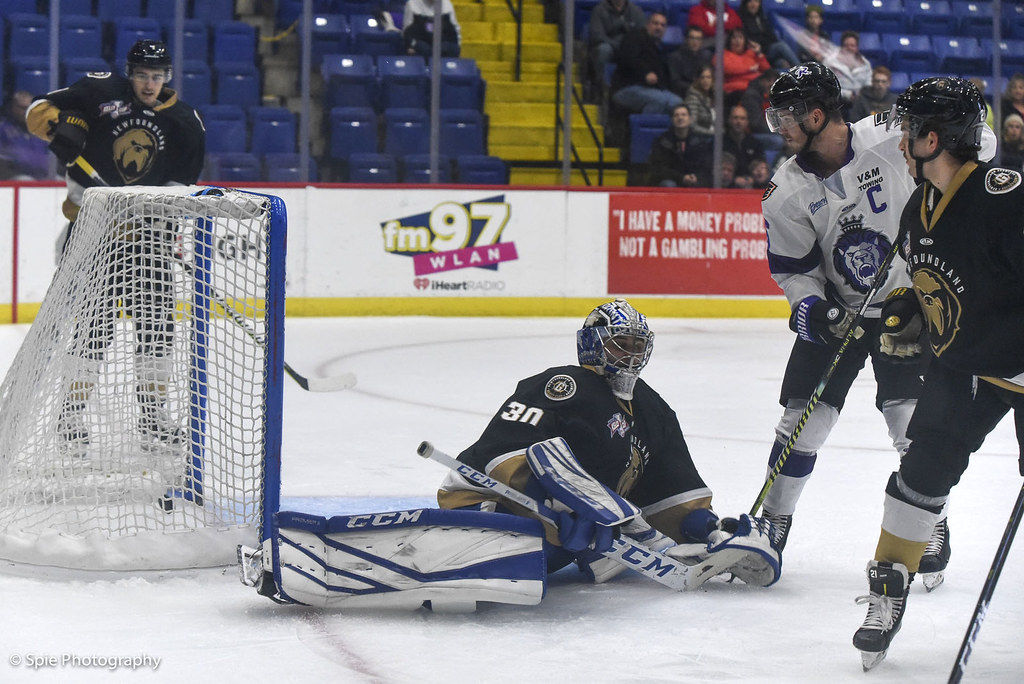 Evaluating Who Stands in the Toronto Crease

TORONTO – It’s about that time of the year where everybody looks at the performance of players.

Evaluating Who Stands in the Toronto Crease

TORONTO – It’s about that time of the year where everybody looks at the performance of players. This article isn’t cliche, and I’m not going to give anyone a “report card”. So nobody is going to get a grade; that’s not how hockey works. I’m going to lay out all the facts, and I’ll lay out where the Maple Leafs organization stands goalie-wise (Toronto has more than a few combos available).

Performing sub-average this year, Andersen is pulling a 0.910 SVS% this season. In January alone, he earned a 0.893 SVS%, which is part of a slow decline since November. Although he will stay as the starter for Toronto, it’s fascinating that just a short time ago, Garret Sparks was crucified for running a 0.902, not far from Andersen. The Maple Leafs have fallen off the train since November and have fallen out of the playoffs.

Stopping 88% of the shots the season, Hutchinson has been under fire by the media and Maple Leafs fans alike. Only a step down from his career 0.906, Hutchinson hasn’t been able to find his way as part of the Maple Leafs goaltending tandem. For the most part, he’s found his place in small numbers, which is an odd theory behind many goalies. The less Hutchinson plays, the better he’s performed. His short stint in the AHL this year proved that his skill level is almost too good for the American League, but not good enough for the NHL.

If #Leafs assign G Michael Hutchinson to the minors, the trade will result in the same amount of cap hit coming in as going out.

Ladies and gentlemen, boys and girls, Twitter was a wasteland on Thursday. Angry Leafs fans have rejoiced with the acquisition of netminder Jack Campbell from the Los Angeles Kings.
Here’s what you need to know:
Jack played this season as the backup for the Kings, posting an even 0.900 SVS%, but has an 8-10-2 record. Though it may look shaky, his track record is better than the starter Jonathan Quick (.894 SVS%, 11-21-3). Last season, Campbell played in 31 games for the Kings and published a 0.928 SVS%.
With a decent team in front of him, this could be the solution to the Leafs’ goaltending problems.
EDITOR’S NOTE: Campbell picked up his first victory in a Maple Leafs uniform on Friday, February 7, defeating the Anaheim Ducks by a final score of 5-4. His 26 saves on 30 shots was good for a .867 SVS%.

Sure, Kaskisuo has slipped a bit recently, but that’s a part of the Leafs/Marlies recent trend. One thing that has stayed consistent for Kasimir, which is the ability to give his team a chance to win a hockey game. Kaskisuo is currently running a 0.912 SVS% in the AHL, and is probably where he needs to be right now. Trial by fire is always a fun yet anxiety-inducing option; Kaskisuo should take at least another season in the AHL to continue to develop.
If I was Toronto, I wouldn’t give up on him either. The possibility of him even backing up the Leafs next season or thereafter is pretty high. He has high potential, albeit he’s got some of the best defencemen in the AHL in front of him in Rasmus Sandin and Timothy Liljegren.

Joseph Woll is a good prospect but hasn’t found his way recently. Woll hasn’t posted +0.900 SVS% since January 12, but played a good game against Belleville on Tuesday. To my surprise, I thought the injury of Andersen would be the end of Woll. With Parker Gahagen being called up recently, I was expecting Gahagen to get a shot in the series against Belleville. With the Marlies getting an up close look at him, I was anticipating Gahagen to take over as backup for the Marlies.

I just finished giving him props above, but it’s essential to know exactly how good he is. Backstopping his team against recent win against Brampton, Gahagen only gave up one goal in the two-game series and was named ECHL Goalie of the Week for Jan. 27 to Feb. 2. With Newfoundland, he’s posted a slick 0.947 SVS% (miles better than anyone on this list).
Despite all this, Parker began the season in the SPHL, and still had a positive record. I’m not implying that he should be in the AHL over some of the other names on this list (above or below), but they called up Hutchinson when he had similar stats in the league below, why not give him a chance?

For months, I played hide and seek looking for this guy. Scott is a guy who could potentially contend with Woll for a Marlies position. His timeline for return is training camp next year, but if the camp was anything like it was last year (and previous years for that matter), he’ll have a lot to contend with.

Posting a 10-8-1 record, Zhukov hasn’t been able to gain footing in the ECHL this season. Having Gahagen with the club has almost given him the opportunity to take a step back and figure things out. With a 0.860 SVS% this season, Zhukov has never had a pretty record among any league he’s been in.

Currently under an Anaheim Ducks contract, Redmond has a clean 0.916 SVS% with the Newfoundland Growlers this season. And the kicker? He hasn’t lost a game with Newfoundland this season, getting a win in all 11 of his starts. Unfortunately, costing the Ducks almost $900,000, what he could want in the future salary-wise could be a bit too much for what the Maple Leafs organization can offer.

Hitting the ice as Leafs for the first time. #LeafsForever pic.twitter.com/2Y0zArq1dR