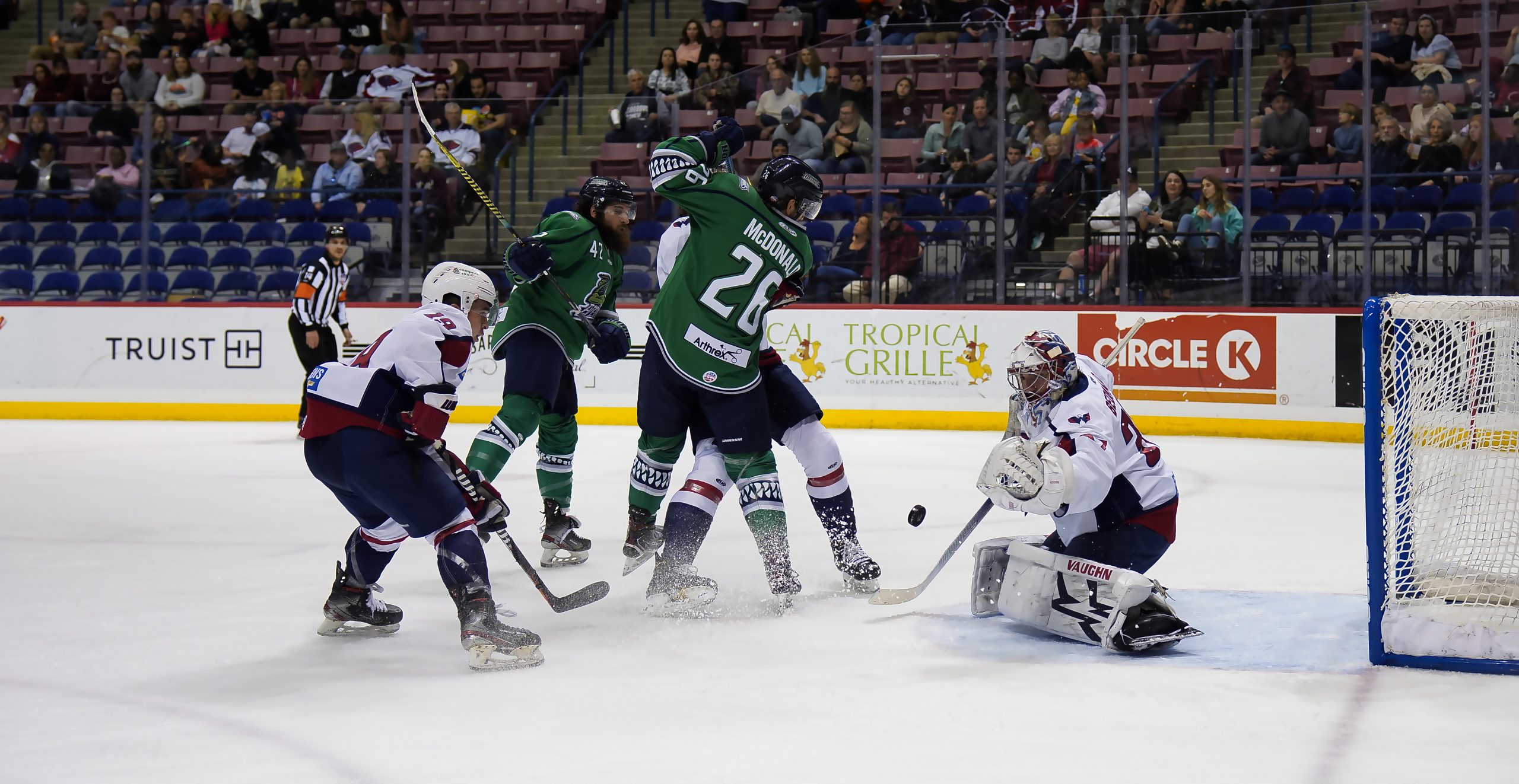 NORTH CHARLESTON, SC – For anyone that’s ever been associated with the South Carolina Stingrays franchise, this weekend is a special one, as the team will celebrate its history on Saturday when Alumni Weekend festivities include the newest members of the Stingrays Hall of Fame – Patrick Gaul and Jeff Jakaitis being inducted during Saturday’s game that’ll be preceded earlier in the day by a Stingrays Alumni Meet & Greet.

“The Stingrays are a storied franchise. There have been some great players that have come through here,” Stingrays interim head coach Brenden Kotyk said. “I’m a big believer in that I don’t really care what anybody outside of our locker room says about the team. But at the same time, when it comes down to alumni, they are the ones that paved the way and have Kelly Cups that we are trying to achieve as a team. It’s a special night and a night that you’re excited to go to war for.”

In the midst of this weekend’s festivities, there’s some on-ice business to attend to for South Carolina, which entered Friday’s game against Florida having won five straight.

But the Everblades, coming off a big win of their own earlier in the week at Atlanta, showed why they are closing in on a division title, overpowering the Stingrays to break an early stalemate in a 5-1 win. With the win, Florida (40-19-10, 90 points, .652 winning percentage) continued to close in on claiming first place in the division, as Friday’s win combined with Atlanta’s 4-1 loss to Jacksonville put the Everblades two points in front of Atlanta.

“Initially, it was pretty tough. I feel like I’ve settled in pretty well,” Kotyk said. “I’ve had a lot of support and help from Ryan Bourque, he’s been a great asset to me, the team, and the organization. I’m very fortunate for the opportunity, I get to do what I love every day.”

Florida set the tone early, getting a scoring chance straight off the face-off that Stingrays goalie Ryan Bednard turned away.

It’d be a foreboding of things to come at the North Charleston Coliseum, with the Everblades firing 35 shots on goal at the South Carolina net.

Just past the four-minute mark of the first period, Blake Winiecki cashed in, getting the puck past Bednard for a 1-0 lead.

But the Stingrays showed the type of grit that had spurred them to a five-game winning streak entering Friday night.

At 11:30 of the first, Justin Florek centered a pass from the wing to tie it up with an assist from Seamus Donohue and Jade Miller. After a stalemate sat in, with each team having offensive surges turned away by Bednard his counterpart, Florida’s Tomas Vomacka.

The Everblades would break through, as a one-timer by Zach Solow off a Dylan Vander Esch pass barely beat Bednard’s try to block it 13:52 into the third with Matteo Gennaro also getting an assist. The Everblades extended the advantage by one more goal for a two-goal lead late in the second, going ahead 3-1 18:26 into the second period as a shot from inside the attacking zone by Lukas Kaelbe with an assist from Vander Esch and Jordan Sambrook.

“Obviously, it’s a bright spot, the guys have been playing really well,” Kotyk said. “We approach every day as a new day. We lost (Friday), obviously, and it ends our streak, but our guys have been resilient and playing well the last couple of games, so we’re excited to see the response (Saturday).”

“They’re a good hockey team. They’re experienced, they’re heavy, they’re hard and they play the right way,” Kotyk said of the Everblades. “They’re No. 1 in our division for a reason. I don’t think our guys got scared, we were right there for 20-30 minutes of the game.”