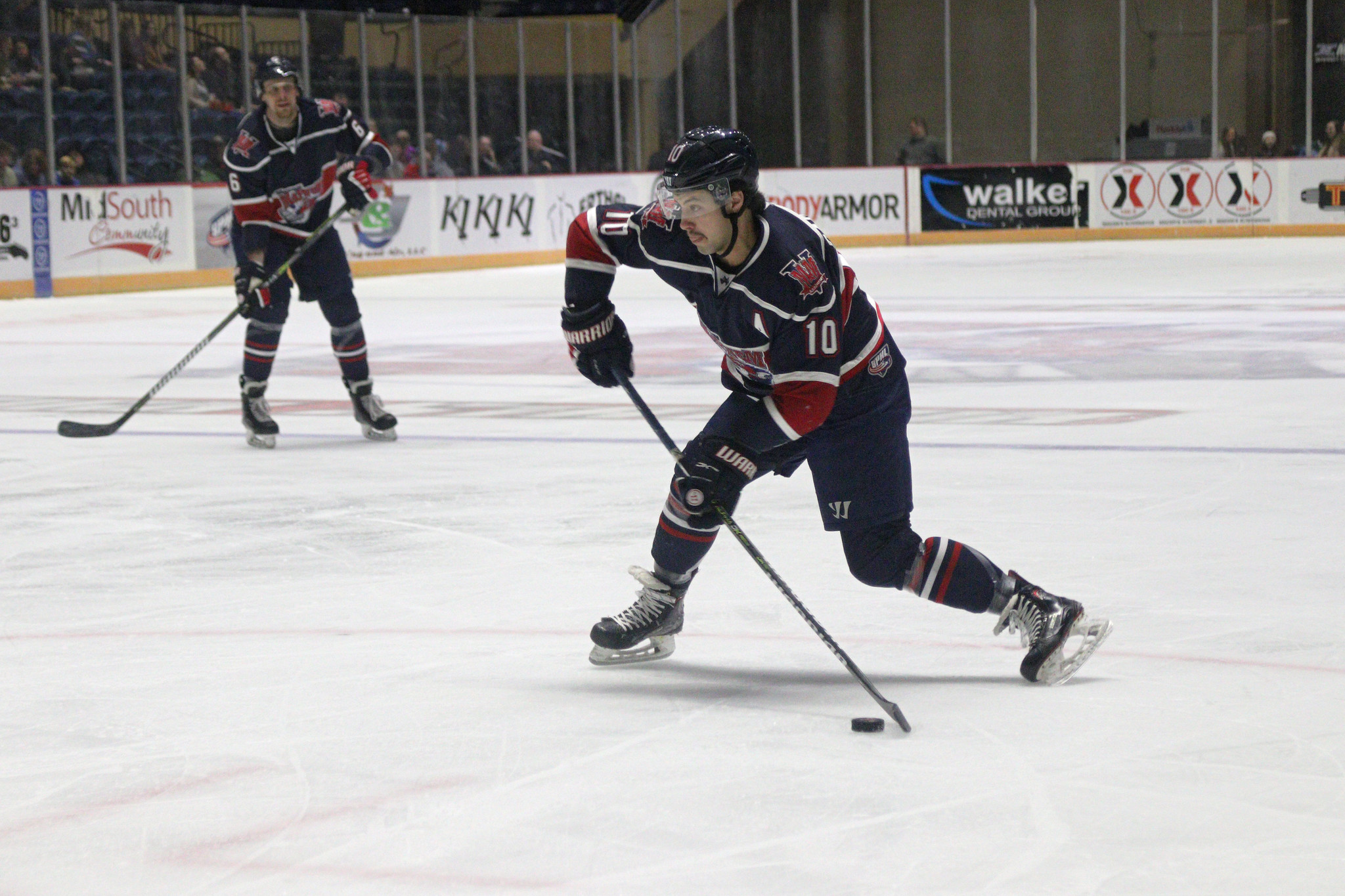 MACON, Ga – One thing that the Macon Mayhem roster was lacking as the season began was experience. Aside from Joseph Drapluk, Macon’s locker room was one void of extensive ice time in the SPHL.

That changed on Monday afternoon, as the team announced the return of a player who brings experience and is a familiar face to Macon fans – Caleb Cameron.

Cameron’s signing was officially announced late Monday, and he’ll be in the lineup for the Mayhem for Friday’s home opener against Fayetteville as Macon, 0-3 on the year, is coming off of 6-0 and 3-2 losses at Peoria last weekend.

For a team filled with players whose pro hockey experience is mostly limited to the FPHL, Cameron’s experience on and off the ice should pay huge dividends as the next most experienced player is Drapluk with 54 SPHL games played in his career. When you have so many young players, having someone who can help guide young players as they go through a season at a higher level of play is invaluable, and Cameron’s addition provides just that for Macon, in addition to giving its fan base a familiar face to cheer for after all of last year’s roster departed to either the ECHL or retired from playing the sport after last season.