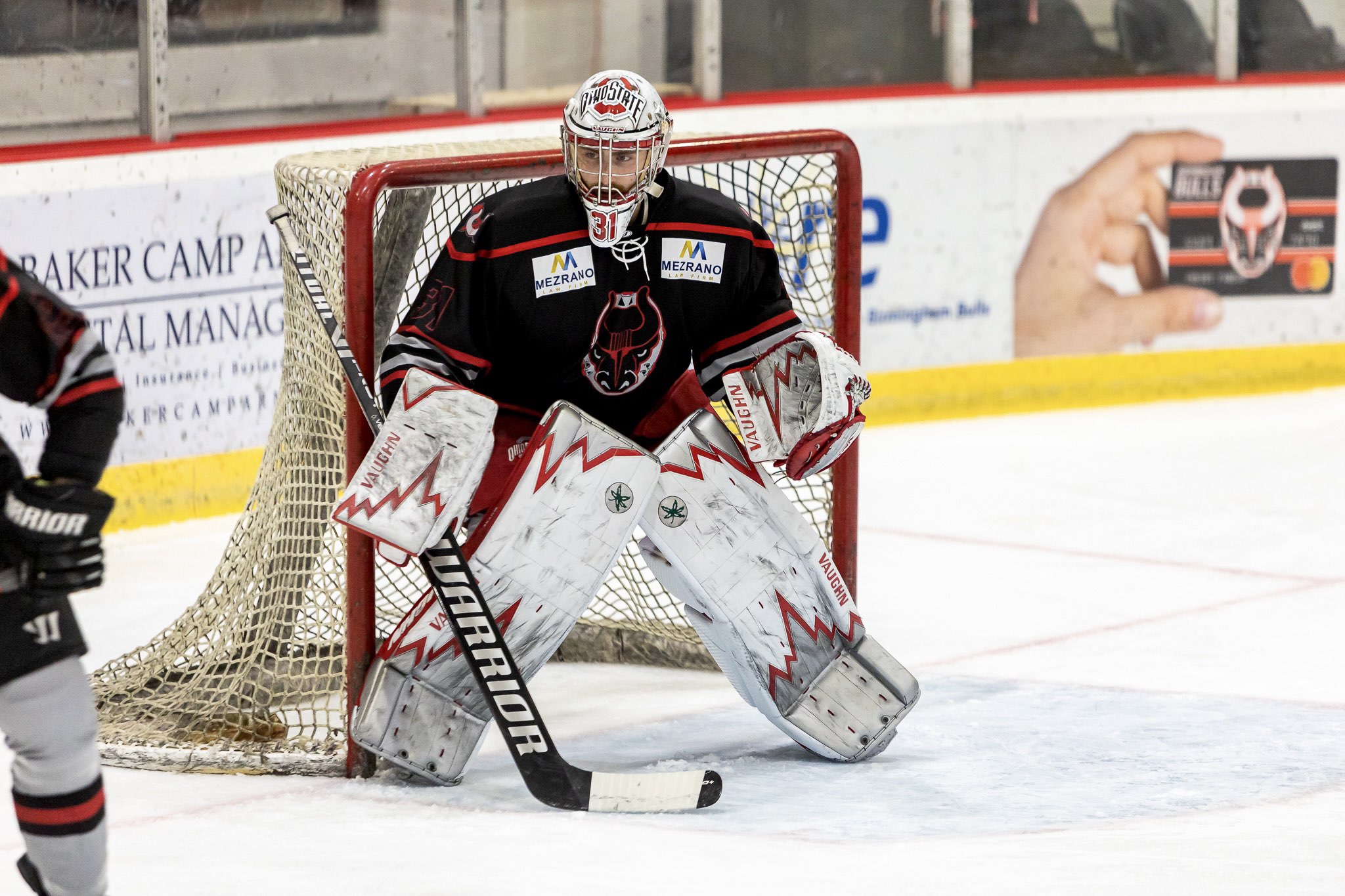 After his season  – and his career – ended at Ohio State University last year, netminder Evan Moyse looked far and wide to start his pro hockey career

In a typical year of hockey, you wouldn’t find a kid with this level of talent playing down in the SPHL, but this season was different because many ECHL teams were not playing, and roster spots all over minor league hockey were tough to come by. Still, Birmingham Bulls’ head coach Craig Simchuk welcomed Moyse into town after the Bulls found themselves struggling to fill the net due to injuries and suspensions.

Moyse didn’t stick around long in Birmingham, though. After just five games, he took a call-up to play with the ECHL’s Jacksonville Icemen, where he found some success, just as he had done in Birmingham. He played in two games and had a 2.07 goals-against average and a .915 save percentage.

To start this season, he will likely play once again in the ECHL, signing a deal with the Kansas City Mavericks. Something changed, though, and Moyse set his eyes on something more significant. 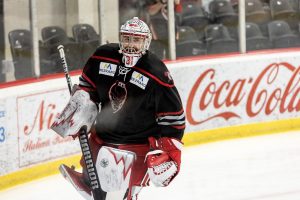 Last week, it was announced that the Ohio native Evan Moyse would attend NHL training camp with the Columbus Blue Jackets.

We asked Evan what it feels like to be on the training camp roster for your home state NHL team?

“It’s pretty special, especially obviously playing the last four years at Ohio State and playing with Carson (Meyer) and everything like that,” Moyse said. “To be here and to have this experience with guys I’ve watched growing up and the team I’ve watched growing up, and obviously playing with one of my best friends in hockey it’s really special, and I am really thankful for the opportunity and everything that’s happened this week.”

When asked what the journey has been like since leaving college, Moyse said:

“It’s been pretty crazy, obviously. At college, on paper, I don’t look like someone that really belongs here,” the netminder said. “With being in Birmingham and Jacksonville, it was kind of nice to get the opportunity there to plays some games and prove that I am a little bit more than what it looks like I was in college. Just to come here and be able to get the opportunity to show that I’m not really just another goalie, that’s pretty special. It’s an amazing opportunity that I’m really thankful for, and I’m just blown away by the fact that I got that call to come here.”

Be on the lookout for this young netminder to turn some heads this season, whether it be in Columbus, Cleveland, or Kansas City.