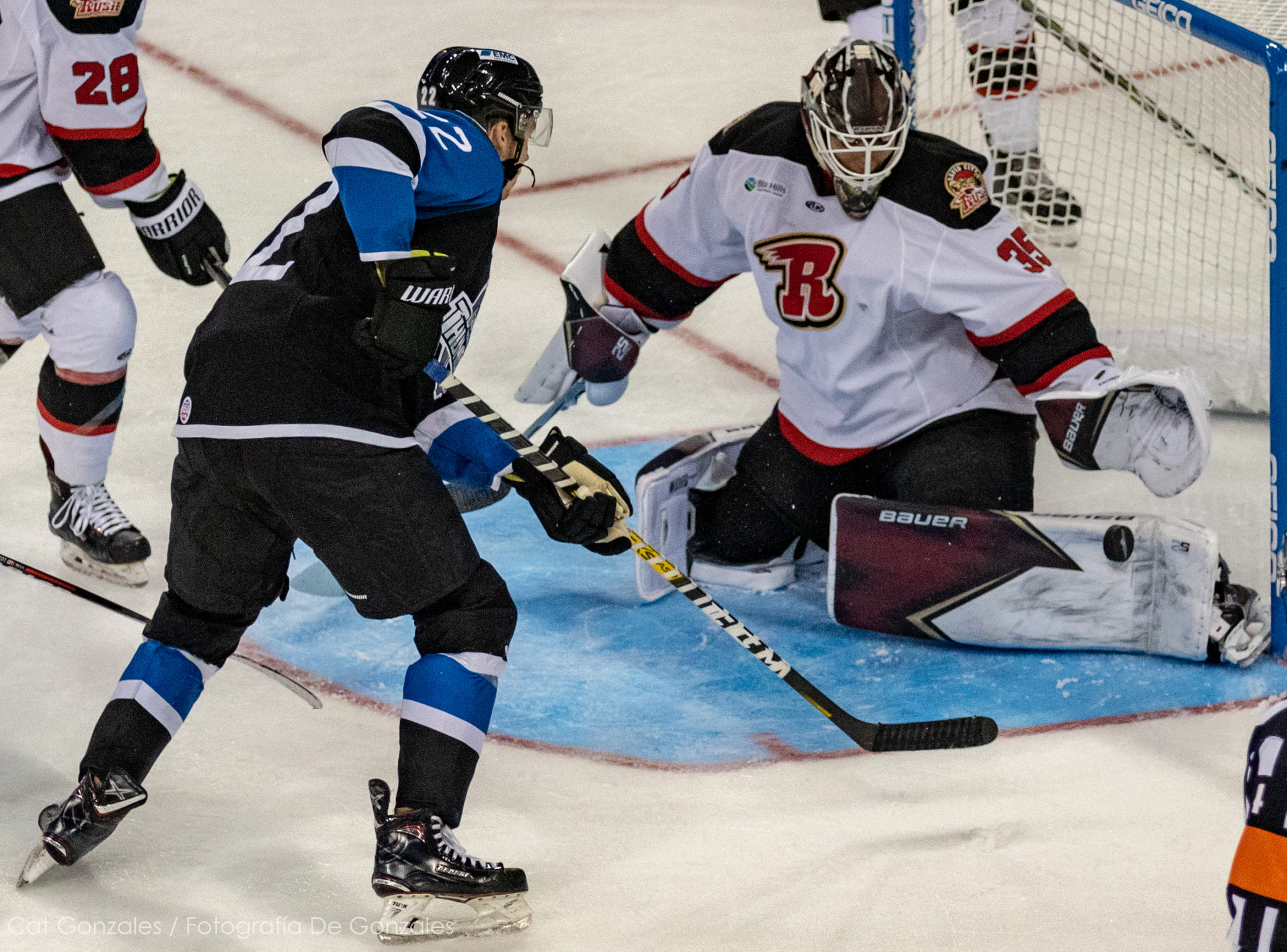 WICHITA, Kan. – After fighting for a point Friday night in the season opener, notching a win was the priority for the Wichita Thunder on Saturday night. The Thunder defeated the Rapid City Rush, 4-3 to earn three of the possible four points on opening weekend.

WICHITA, Kan. – After fighting for a point Friday night in the season opener, notching a win was the priority for the Wichita Thunder on Saturday night. The Thunder defeated the Rapid City Rush, 4-3 to earn three of the possible four points on opening weekend.
The Thunder got things started early as Stefan Fournier scored his second of the season, a gritty rebound stuff on a slapshot by Brendan Smith.

Wichita controlled the remainder of the first period, putting a total of 19 shots on goal, a season-high.

“As a coach, when you have that many opportunities and you come out of there with only a 1-0 lead, you get a little worried,” Thunder Head Coach Bruce Ramsay said.

Wichita started the second period where the first left off: on the gas pedal. Following coincidental-minors on Jordan Sims and Jalen Smereck, the Thunder scored during the 4-on-4 time, a slapshot that found the net after a ricochet off of Steven Iacobellis‘s chest. The result in the play was the first video replay in INTRUST Bank Arena’s history. Following deliberation over a potential ‘hand pass into the net,’ the goal was awarded.

While still 4-on-4, Rapid City found the scoreboard themselves as Trey Phillips flushed a beautiful cross-ice feed from Myles McGurty past Mitch Gillum, narrowing Wichita’s lead to 2-1.
The game saw a standstill of action for the next ten minutes before Rapid City’s floodgates opened. At 14:50 of the second, Giovanni Fiore scored an equalizing goal during a powerplay on a well-drawn up play directly after winning an offensive zone faceoff.

The Thunder had their biggest opportunity of the young 2019-20 season approach following a too many men penalty on Rapid while already under a delayed penalty for tripping.
Just over one minute into the 5-on-3 powerplay, Chris Crane buried a cross-crease feed from Iacobellis, tying the game at 3-3.
37 seconds later, the Thunder scored their second powerplay goal of the night as Fournier scored on a 2-on-1 breakaway that deflected off Erik Kallgren‘s side. The goal was Fournier’s second of the night.

Video of the first @Wichita_Thunder PPG of the season. Helpers to @Iacobellis08 and Garrett Schmitz #RCvsWIC
Clipped with @SporfieMoments pic.twitter.com/RJmog4Da0v

Wichita sat back for the next few minutes, struggling to get the puck out of their defensive zone. Finally, the Thunder finished the final five minutes with a consistent forecheck and selfless plays on the defensive side to end the game.

The 4-3 win was Ramsay’s first as the Wichita Thunder head coach. Wichita finished 2-for-5 on the powerplay while the penalty kill allowed one goal on three penalties faced.

“I like the way they’ve dug in and battled back a couple times now,” Ramsay said. “That is all you can ask for, especially on home ice.”