The season opener was a busy one for Indy Fuel head coach Doug Christiansen as he appeared in his first ever game with the Fuel. On the other bench, Bruce Ramsay was getting his feet wet in his first game as the head coach of the Wichita Thunder, as well. 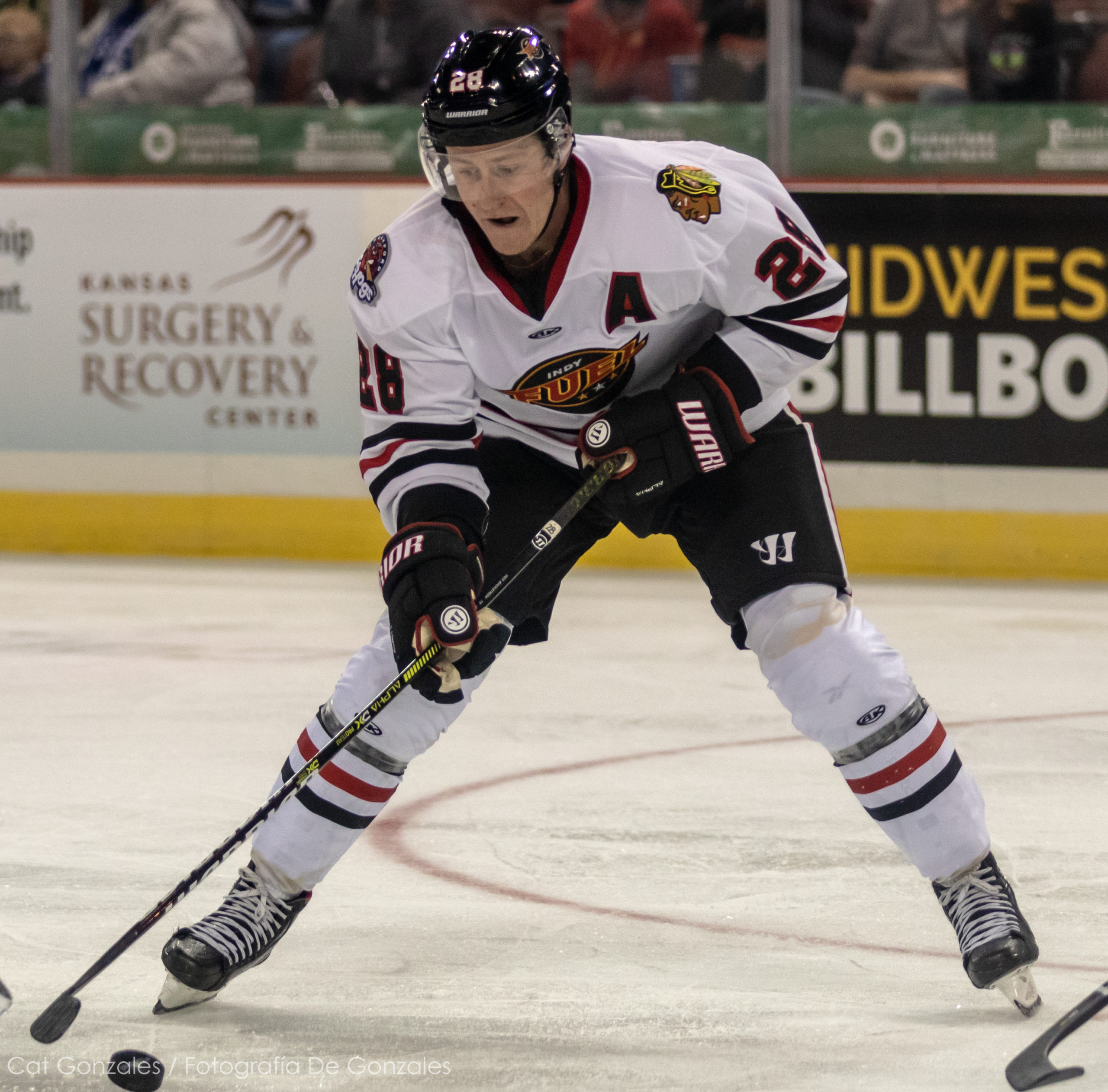 INDIANAPOLIS – The season opener was a busy one for Indy Fuel head coach Doug Christiansen as he appeared in his first ever game with the Fuel. On the other bench, Bruce Ramsay was getting his feet wet in his first game as the head coach of the Wichita Thunder, as well.
Indy got out to a blazing offensive start with the first goal of the season coming just two and a half minutes into the opening frame from Spencer Watson. The goal was off a beautiful feed from Bobby MacIntyre.

The Fuel’s next two goals came just 20 seconds apart. The first of the two goals came from returning forward Mathew Thompson and the second was a laser shot from Watson from the top of the circles that beat Thunder goaltender Dylan Wells over the shoulder.

“[Indy] is a pretty skilled team,” Ramsay said. “They are older. THey have some highly skilled forwards and they made us look bad early.”

There was some scuffling that happened with no penalizing throughout the opening frame. Most of the roughing came from Fuel forward Michael Doherty, who was making his presence known as the Indy tough guy throughout the game.
Wichita came out with a vengeance that may have been sparked by a late first period power-play. The Thunder got their first goal of the season 25 seconds into the middle frame thanks to Chris Crane.
Later in the period, the goal column began to explode, starting with Thompson tallying his second goal of the game for Indy to re-take a three-goal lead at 4-1.

The Thunder came back with two unanswered tallies in the final three minutes of the second period, including one with seven seconds left by Wichita defenseman Brendan Smith, to cut the Fuel lead to one goal.
Wichita clawed their way back in the game in the third period after Beau Starrett sniped a shot short side on Fuel goaltender Charles Williams with just under five minutes to go in regulation.
The game would head into the first ever seven-minute overtime period in ECHL history, but Derian Plouffe ended it for Indy before the extra two minutes was needed. Plouffe’s follow-up attempt would win it for the Fuel 5-4 at 4:34 of the OT period. 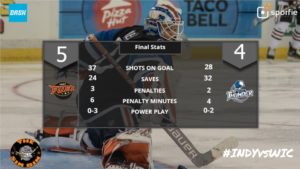 Up Next
The Fuel head to Silverstein Eye Centers Arena to take on the Kansas City Mavericks in their home opener on October 12 at 8:05 PM ET.