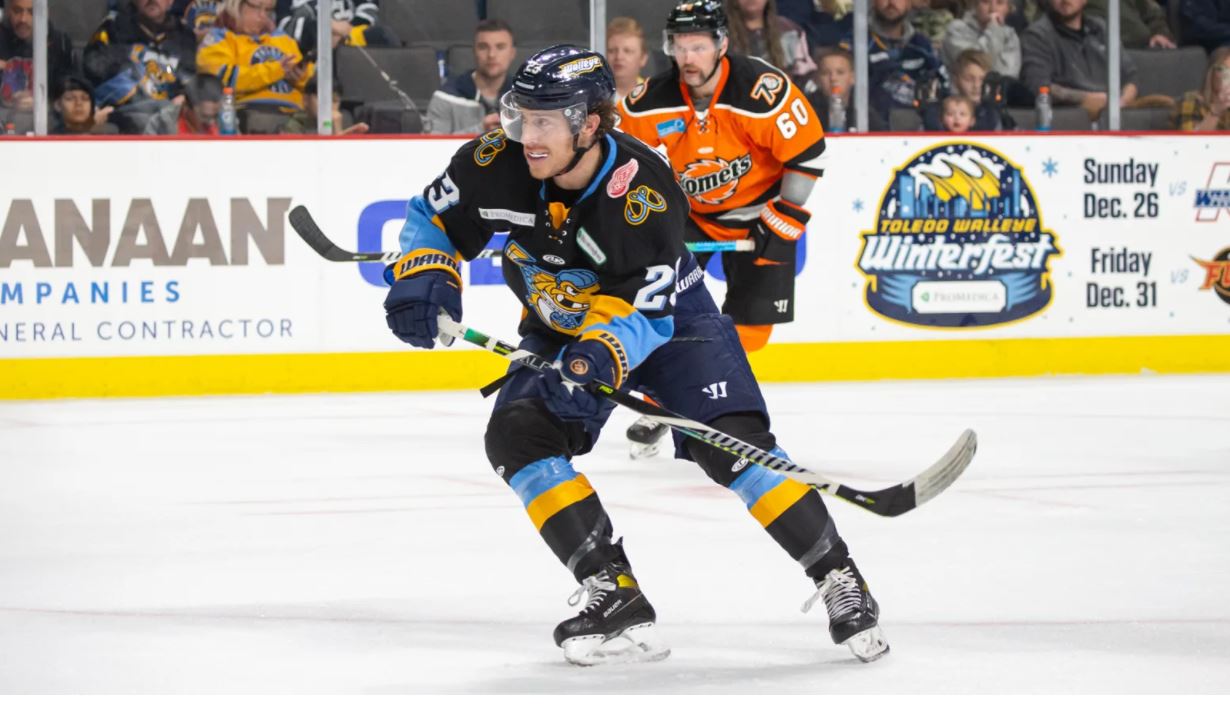 CORALVILLE, Iowa – The Toledo Walleye continued their early-season domination of the Iowa Heartlanders on Wednesday evening. Kaden Fulcher stopped all 19 shots to lead the Walleye to a 4-0 victory over the Heartlanders.

Toledo dominated the first period, outshooting Iowa, 13-3. That helped the team take a 1-0 lead 12:16 into the contest when John Albert scored his ninth goal of the season. Albert gained control of the puck inside his own end, feeding it across the ice to Josh Dickinson, who moved through the neutral zone, stopping just inside the Heartlanders blueline. He waited for Albert to get past the Iowa defenseman, then lofted a puck toward the net that Albert redirected past Iowa netminder Trevin Kozlowski.

The Walleye continued to dominate into the second frame, outshooting Iowa 13-7. That helped them extend their lead to two when Vela scored his 12th goal of the season. A great forecheck by Albert created a turnover inside the Heartlanders’ own zone. Albert moved up the boards before passing it off to Butrus Ghafari, who slid across the blueline before lifting a wrist shot on net that Kozlowski knocked down. However, the rebound came right to Vela, who tucked it inside the right post to give Toledo a 2-0 lead.

The Walleye did not let up despite holding the two-goal advantage, extending their lead to four by outshooting the Heartlanders 14-9 in the third period. That gave them a 40-19 advantage for the contest.

The first goal of the third came at 9:34. Brett Boeing gained control of the puck behind the net and slid out in front before firing a wrist shot that beat Kozlowski to the short side. That was the second goal of the season for Boeing.

Conlan Keenan added an empty-net tally with 48 seconds left in the contest to finish off the 4-0 victory. It was the third goal of the season for Canaan.

Both Vela and Albert finished with a goal and an assist for Toledo. Randy Gazzola had two assists. Fulcher was rarely tested on this evening but ensured that he kept the Iowa scoresheet clean.

With the victory, Toledo moves to 5-0-0 against Iowa this season, outscoring the Heartlanders 30-5.

Iowa will have their chance to get a little revenge on Friday as these teams continue their three-game series. The puck drops at 7:00.