Future Checkers in the 2020 NHL Draft

Future Checkers in the 2020 NHL Draft

CHARLOTTE, N.C. – While the other NHL team from Florida is celebrating their franchise’s second Stanley Cup, the Florida Panthers are looking to regroup and reload their roster for the season ahead. The first step in preparing for the future took place virtually last week during the NHL Entry Draft.

For this year’s draft, the Panthers had no shortage of picks, selecting nine players altogether. Out of these nine talented players, Charlotte Checkers fans are sure to see a few of these names on the ice in the seasons to come.

Finnish native Anton Lundell is an exceptional two-way player who won a gold medal with Finland in the 2019 IIHF World Juniors Championships and another gold  in the 2018 IIHF U18 Championships.  In 44 games with HIFK last season, Lundell registered 10 goals and 18 assists for a total of 28 points as a teenager in Finland’s top professional hockey league.

Bill Zito, General Manager of the Florida Panthers, had this to say about Lundell.

“Playing in Finland’s top professional league for parts of three seasons as a teenager, Anton has continued to develop into a highly-talented two-way forward. He is a responsible, cerebral player who possesses great hockey sense and compete. We are thrilled to have selected Anton and are excited for his future.” 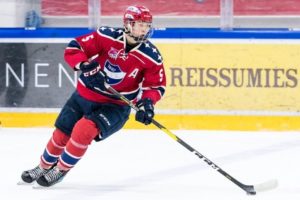 Third-round pick Ty Smilanic, a native of Denver, Colorado has been on the U.S. National Developmental Team the last two years. In November 2019, Smilanic committed to Quinnipiac for his collegiate hockey career. Though it may take a few years, Checkers fans may see him in Charlotte before making the jump to Florida. 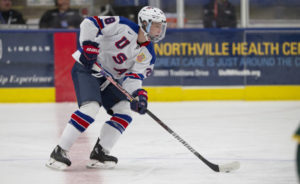 As the start of the NHL and AHL seasons are still uncertain, one certainty is the Panthers’ prospect pool is deep with talent, which will only benefit the Charlotte Checkers for years to come.