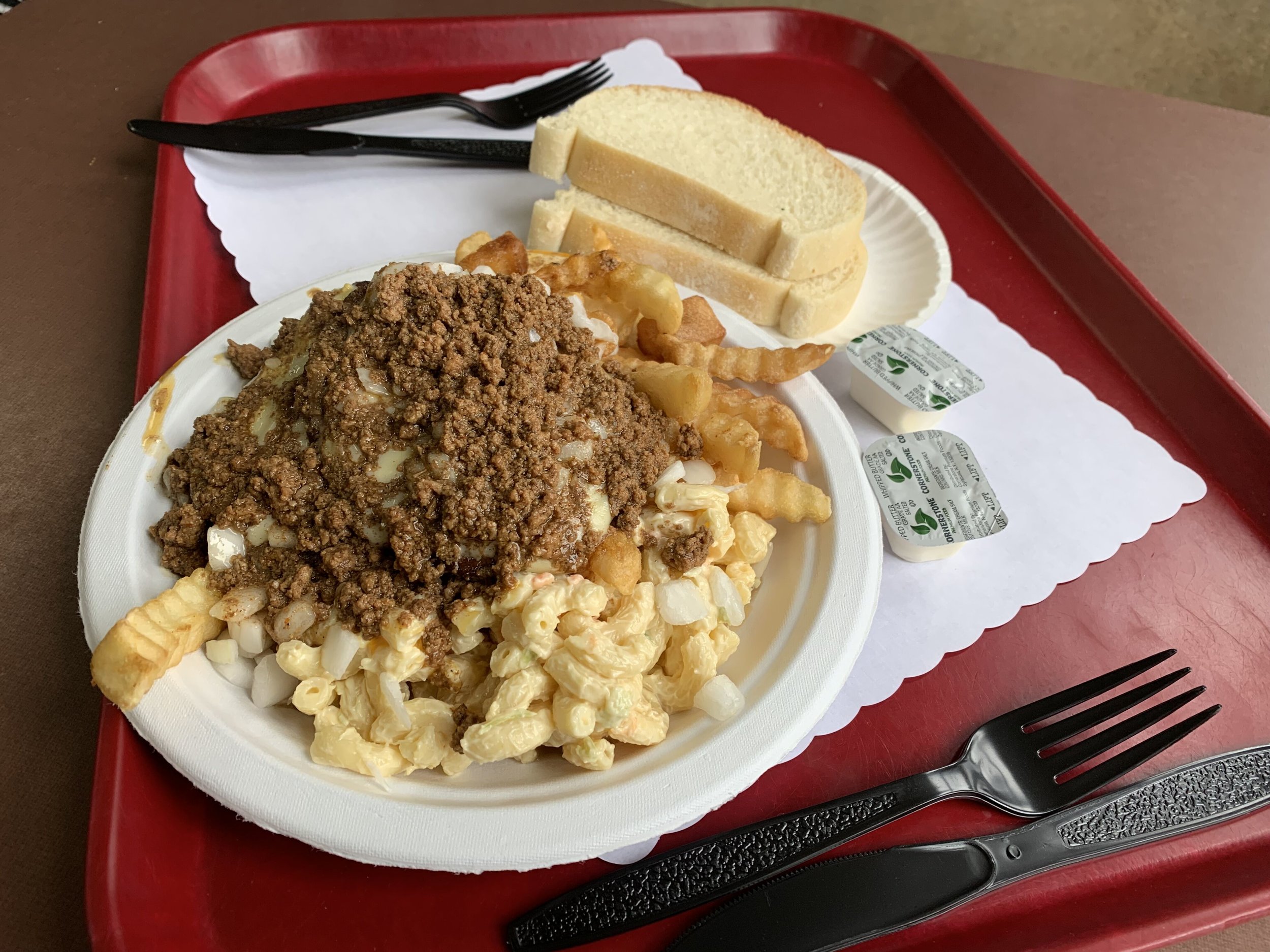 “Let me get a plate with all that garbage on it”

Amerks fans are undoubtedly familiar with the Nick Tahou Hots’ delicacy. For those unfamiliar, the Garbage Plate™ is a Rochester, NY staple, and you can only get a true Garbage Plate™ at Nick Tahou Hots. Starting with the base, customers choose two of the four sides offered at the establishment: home fries, macaroni salad, french fries, and beans. Then you choose your protein: red hots, white hots, cheeseburgers, chicken, fried fish, you name it. Finally, all Garbage Plates™ are topped with Rochester Hot Sauce, mustard, onions – ketchup and hot sauce are optional.

I’m going to be honest. I have never eaten a Garbage Plate™ – something that I am sure will change when the Amerks start their season in October. However, as I began to learn more about this delicacy, it was hard not to equate the ingredients of the Garbage Plate™ to the makeup of a hockey team – more specifically, the hometown Amerks.

Of course, there are many ways to build the perfect Garbage Plate™, or in this case, AHL roster, and that all starts at the foundation. Admittedly, I’m a bit of a traditionalist, and as much as I love the speed and skill associated with today’s style of hockey, I still believe that the foundation of a good hockey team comes down to solid goaltending and a strong blue line.

For that reason, it’s hard not to compare the home fries and macaroni salad of a Garbage Plate™ to Amerks players such as G Michael Houser or D Casey Fitzgerald. Like a hockey team, without a strong foundation, a Garbage Plate™ turns into a hot dog without a bun and falls apart accordingly. With that being said, the Amerks found themselves at the bottom of the AHL last season, allowing 4.00 goals per game. Perhaps the saving grace for the Amerks going into the 2021-2022 season is Houser. Although he only appeared in four games last season, Houser posted a 2.33 goals-against average and a .924 save percentage.

Amerks fans should be hopeful that the additions of D Ethan Prow, D Jimmy Schuldt, and D Mark Pysyk will sure up a young blueline, though look for Pysyk to spend most, if not all of his time with the Buffalo Sabres. Of the seven defensemen that played more than 20 games for the Amerks last season, four were in their rookie season, and only two of those defensemen, Oskari Laaksonen and Mattias Samuelsson, may return to the Roc. Look for G Ukko-Pekka Luukkonen to post better statistics in Rochester this season behind a stronger defense – the Sabres and the Amerks are going to need it.

The choices do not get any easier when you select the protein for your Garbage Plate™. I liken the protein of a Garbage Plate™ to the forwards of a hockey team. A mix of playmakers, grinders, two-way forwards, and snipers comprise the Amerks lineup – the possibilities are endless.

A team with more playmakers and snipers will generate a lot of excitement; a team with more two-way forwards and grinders will favor a gritty style of play. The makeup of the lines of a hockey team changes the “flavor” of the on-ice product dramatically, as does your choice of protein at Nick Tahou’s.

If you want something hearty, you’re probably going to favor two cheeseburgers on your Garbage Plate™. Continuing with our Amerks analogy, you may look to someone like F Dominic Franco, the six-foot-five right wing that finds his way into the hard areas of the ice with his sheer size.

Looking for something quick with some more pizzaz? Perhaps a red hot may be your choice. F Michael Mersch fits that mold well. Mersch has made a name for himself in the AHL since making his debut with the Manchester Monarchs in 2013-2014, registering over 40 points four times, scoring a career-high 21-28-29 in 2017-2018 with the Ontario Reign. Amerks fans will hope that he returns to form this season and that the team will build on their 3.07 goals forced per game average. Scoring 3.07 goals per game is great unless, of course, you allow 4.00 per game.

One thing remains a constant in a Garbage Plate™, and that’s the addition of mustard, onion, and Rochester Hot Sauce. There is only one component of a hockey team and its success that is comparable to the consistency that these toppings bring: the fans. No matter what’s happening on the ice, you can be sure that Amerks fans will be at Blue Cross Arena, cheering the team on. If the Amerks can find a way to build a stronger foundation, fans will have even more to celebrate this season.

As I start my assignment as the beat writer for the Amerks with Field Pass Hockey, I look forward to sharing a Garbage Plate™ with Amerks fans as we talk about the previous night’s action on the ice.