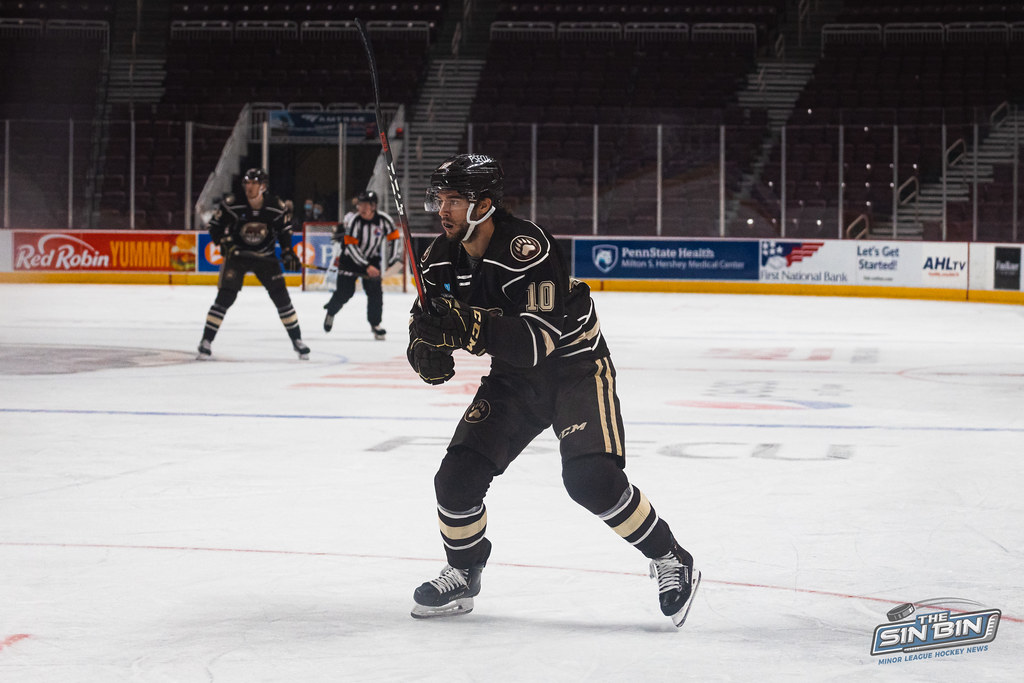 HERSHEY, Pa. – Hershey Bears forward Shane Gersich is looking to assert himself when the team hits the ice in the fall. Gersich signed a one-year contract to remain with the Washington Capitals organization and hopefully earn a chance at the NHL level over the course of the year.

Gersich enjoyed a more prominent role with the Bears as a two-way player in several different situations. He was able to produce at a good rate, nearly matching his production from the 2019-20 season with 21 fewer games played, earning 14 points (six goals, eight assists). His ongoing feud with the Binghamton Devils gave the Bears a boost of energy and created some drama between the teams over a lengthy season series. He was a player that the Bears’ coaching staff could put on the ice in a critical scenario and come away successful, and that speaks volumes to his improvement on the ice. Gersich scored his third career shorthanded tally, adding to Hershey’s ability to burn its opposition in a variety of ways on the ice.

It all adds up to be the biggest test yet for Gersich this season. He will be an invaluable skater in the lineup for the Bears and will look to play his role and shatter his career-best in terms of goals and points. He’ll be looking to make an impression on the Washington brass among a great group of talent in the system currently playing in Hershey, perhaps earning an NHL stint if the opportunity presents itself. Gersich’s talents should go hand-in-hand with the type of player Washington wants on their bottom-six group of forwards, and it’s up to him to earn that first consideration.

The Bears will want him to succeed as they look to defend their regular-season title from the shortened season. With the team being back at full strength, it presents an exciting opportunity to play a complete schedule and take a run at a Calder Cup. Ahead of opening night, Gersich has been staying active on the ice by participating in Da Beauty League with a number of NHL players and signing some autographs along the way.

Out of nowhere, Team Jimmy John’s now has the lead! All thanks to this goal from @shane_gersich9 ??

It’s good to see Gersich getting to skate amongst an impressive group of NHL skaters and continuing to show why he’s a fan favorite in Hershey. It all builds towards success for Gersich and the Bears, and it wouldn’t be surprising to see him as one of the team’s leaders when the puck drops. One of the current longest-tenured players on the Bears at forward, Gersich has grown into a player that younger players should model their game after and will be setting the standard amongst his peers.