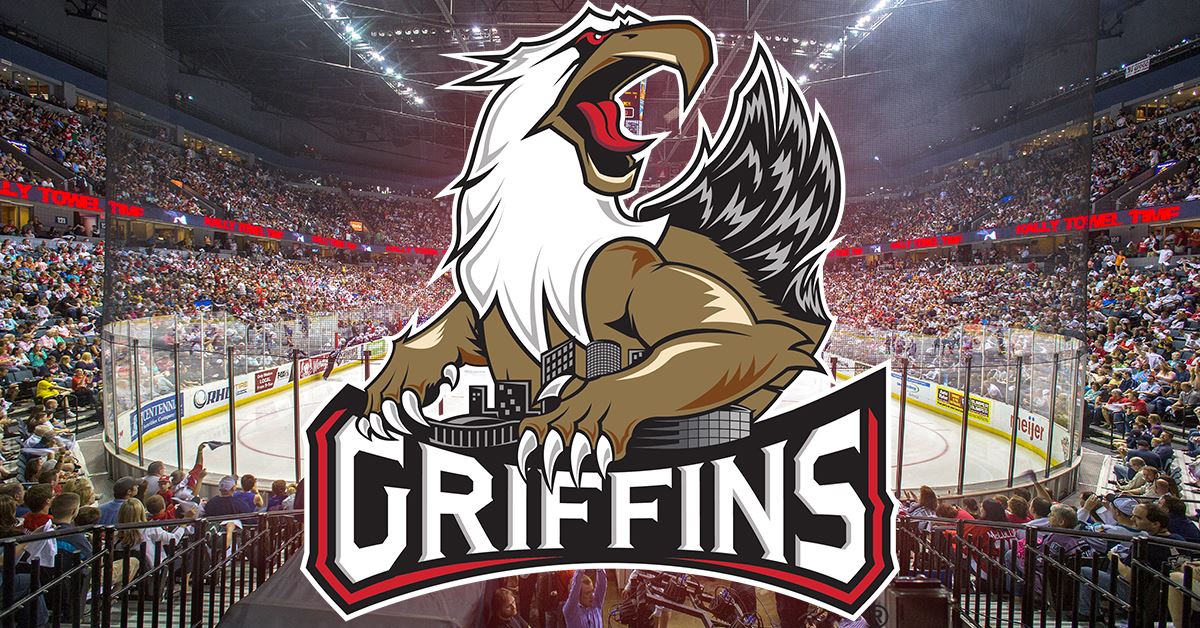 GRAND RAPIDS, Mich.- The Grand Rapids Griffins have released their 2021 regular-season schedule. It will be the 25th season of the franchise and the 19th as a member of the American Hockey League. The regular season will last about 14 weeks and wrap up around the middle of May.

The Griffins will play 30 games (15 at home, 15 on the road) as they are set to open the regular season on the road against the Chicago Wolves on Friday, February 5th. Grand Rapids will play on the road for their first four games before hosting the Cleveland Monsters for their home opener on Saturday, February 20th. Puck drop is scheduled for just after 4 PM. The home opener will mark the first time hockey is played at the Van Andel Arena in nearly 350 days. Ben Simon is set to be behind the bench for his third year as the head coach. 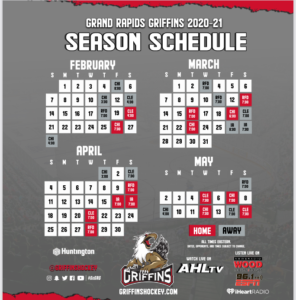 The regular season will wrap up on May 15th at home, with the Griffins playing host to the Cleveland Monsters – the latest date that the Griffins have ever taken part in a regular-season game.

The Griffins schedule will consist of all Central Division opponents, including the Cleveland Monsters, who are back in the same division as Grand Rapids after spending the last two seasons as a member of the North Division in the Eastern Conference. Grand Rapids will face the Chicago Wolves 10 times, both the Rockford IceHogs and Cleveland Monsters eight times, and will play the Iowa Wild four times. The Griffins will play their road games against the Wolves at the Triphahn Center, the Wolves practice facility.

Grand Rapids will open their training camp on Sunday, January 31. There is no word yet whether there will be a small number of fans allowed to attend games.

Anthony Noffke covers the Grand Rapids Griffins for The Sin Bin. Follow and interact with him on Twitter @SinBinGriffins.

Anthony Noffke covers the Grand Rapid Griffins for Field Pass Hockey. Follow and interact with him on Twitter @FPHGriffins.