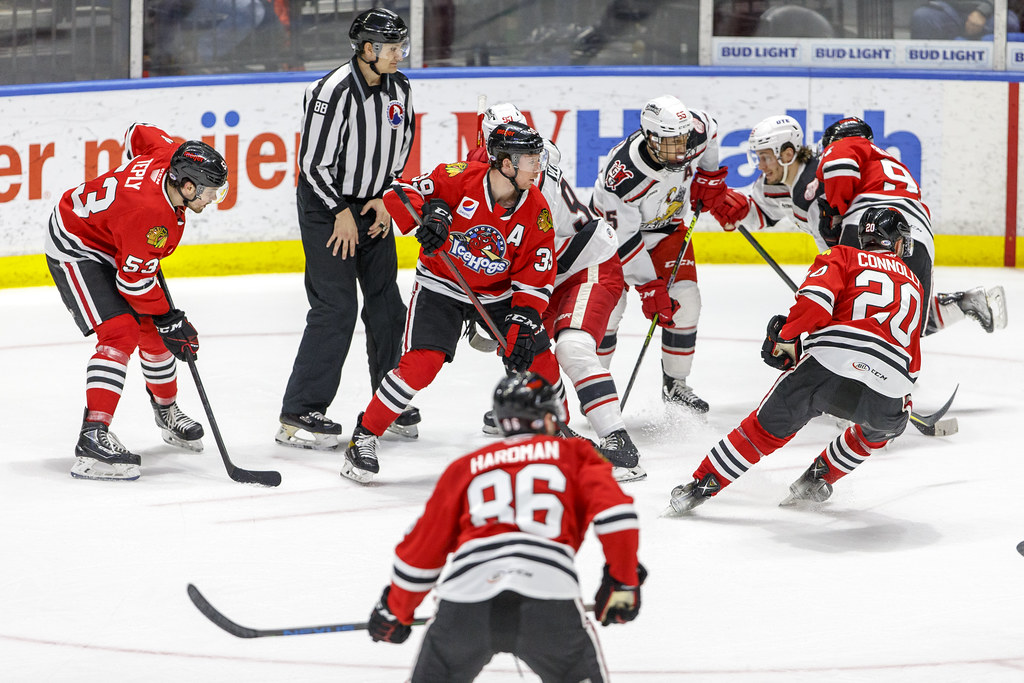 As was the case in Saturday’s loss, Rockford (22-28-3-1) was tied with their opponent in the third period, only to see the Griffins pull away with three goals.

ROCKFORD, Ill. – The Rockford IceHogs were riding a season-high four-game winning streak entering a weekend home-and-home with Grand Rapids. After the Griffins snapped that streak in Grand Rapids Saturday night, the weekend sweep was completed with a 5-2 defeat of the IceHogs at the BMO Harris Bank Center.

As was the case in Saturday’s loss, Rockford (22-28-3-1) was tied with their opponent in the third period, only to see the Griffins pull away with three goals.  Making things worse was the fact that the IceHogs led 2-0 at the first intermission before letting the game slip away.

Goals by Brett Connolly and Mike Hardman came 23 seconds apart near the end of the opening frame. Rockford’s problems began in a penalty-filled second stanza.

The Griffins Jared McIssac got his club on the board at the 4:56 mark with a power-play goal after Jakub Pour was called for slashing. A few minutes later, IceHogs forward Kurtis Gabriel was handed an unsportsmanlike conduct infraction. This proved to be the turning point of the contest.

Grand Rapids (20-29-5-2) pressured the Hogs net for most of the man advantage. Gabriel was just coming out of the penalty box when Tyler Spezia tied the game at 10:50 of the second with his ninth goal of the season. Rockford never recovered from this momentum shift.

The Griffins took their first lead of the game 1:06 into the third period by forcing a turnover deep in the Rockford zone. Jonatan Berggren sent a shot from the left dot that glanced off of the mask of Hogs goalie Cale Morris and settled into the net.

Joe Veleno added insurance after Turner Elson forced a turnover in neutral ice for the setup at the 9:18 mark. Elson also potted an empty-net goal late in the period to close out the scoring.

Grand Rapids stays on the road on Wednesday, when it visits Cleveland. The IceHogs are off until Friday, when they travel to Iowa before returning to Rockford for back-to-back tilts with Texas Saturday and Sunday.