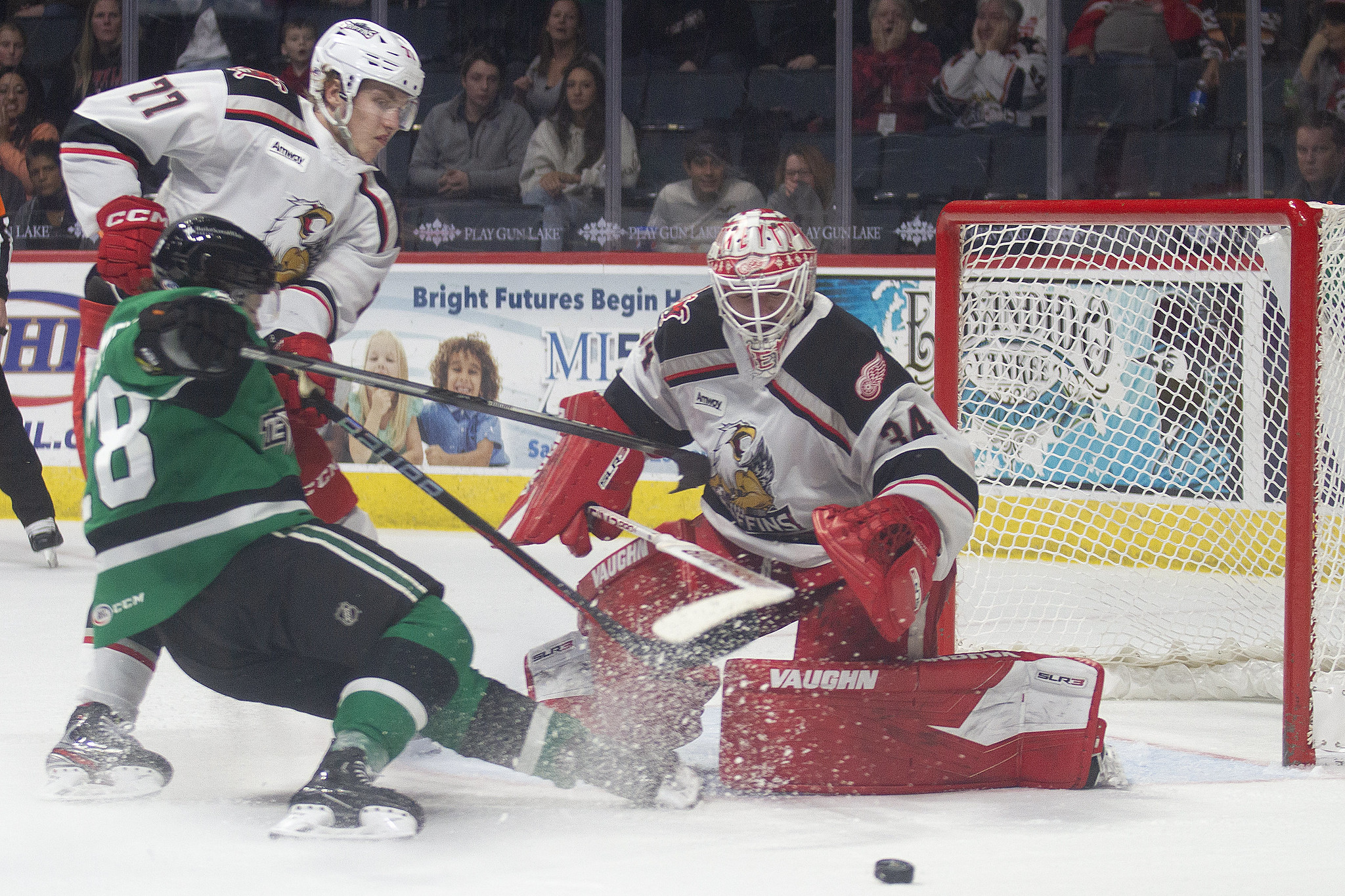 Griffins Shoot for the Stars in Weekend Homestand

#AHL | The @griffinshockey surprised @TheAHL world by taking 3 of 4 points in their weekend series against the @TexasStars. Have they turned a corner in their season? @FPHGriffins recaps their weekend and building blocks going forward

Griffins Shoot for the Stars in Weekend Homestand

GRAND RAPIDS, Mich. – Coming into the weekend series at home, the Grand Rapids Griffins looked to be running right into a buzz saw. The Texas Stars were the hottest team in the American Hockey League coming into Friday’s series opener, skating into Van Andel Arena with a 10-0-2 record in their previous 12 games.

The Griffins rode the wave of pure hard work and determination to get out to a four-goal lead on Friday that led to the Stars’ first regulation defeat in over a month in a 4-2 final. Austin Czarnik led the way with two goals, including a shorthanded blast in the third period that electrified Van Andel Arena to put the Griffins up three goals. Alex Nedeljkovic, making his second start in his conditioning stint, came up huge with 33 saves in the winning effort.

Turning around quickly to Saturday’s game, Nedeljkovic felt confident enough in his game to come out for a second start in as many nights.

“We discussed it before we made a decision.” Nedejlkovic said about the back-to-back. “I haven’t played a lot lately obviously, so any chance I could get in the net, I was going to take it. Felt good after last night’s game, so why not? I’ve done it before and obviously I had plenty of rest.

Nedeljkovic also had the confidence of the coaching staff, as head coach Ben Simon gave him the green light for Saturday’s game.

Texas came out with a purpose from puck drop on Saturday night, pressuring the Griffins’ defense with intensity, speed, and traffic in front of Nedeljkovic. That effort led to a 2-0 lead heading into the third period, but the Griffins’ never-say-die mantra this season kept their wheels moving, and goals from Drew Worrad and Taro Hirose nearly brought the roof off and forced extra time.

The Griffins have been laying the pressure on thick in the closing minutes of regulation. Hirose was able to convert the tieing goal at 18:07 of the 3rd.

They might want to check the roof here at Van Andel.

We now move to OT.

“We talk about consistent simplicity all the time” Simon said of the tying goals. “And if we do that we tend to have success.”

The series finale would end up being decided in a shootout, where Antonio Stranges would beat Nedeljkovic in the seventh round to send Texas home with the extra point. For the Griffins, taking three of a possible four points against a scorching hot Texas squad that had previously given them fits over the course of the season has to be encouraging going forward.

Antonio Stranges ends 7 rounds of shootout attempts and gives the @TexasStars a win on the road. pic.twitter.com/UUTxKknn63

After three weeks off, Nedeljkovic picked up three starts in four days. He’s stopped 95 of 100 shots for a .950 save percentage and a 2-0-1 record over those three games. Most importantly, he’s stood tall and poised in his net – a welcome relief for the Red Wing organization after a troubling start to the season in Detroit.

Nedeljkovic’s confidence was especially on display on Friday’s game, where he attempted a shot towards Texas’ empty net in the waning minutes of the game. While the shot went wide, the simple display of a goaltender going out and having fun while playing well can be a sign of things to come in his game going forward.

From his assignment on January 4th, Nedeljkovic’s conditioning stint can last up to two weeks. The Griffins play four more games in that span: three more at home against the Iowa Wild and Chicago Wolves and another on the road at Iowa. After sitting out for most of December, Nedeljkovic can be expected to see at least three of those starts. What happens next is up to the Detroit staff to decide what to do with three goaltenders on the roster. If Nedeljkovic keeps up his play and returns to the Red Wings with renewed confidence, it could potentially change the look of the roster in the second half of the season.

It’s never an easy adjustment – especially for young defenders – to come over from European ice and adapt to the North American surface and style of play. That’s what makes Albert Johansson and Simon Edvinsson‘s strong play of late so impressive.

Johansson has impressed the coaching staff with his competitiveness and strength in his own zone, effectively closing the gaps on attacking forwards and getting the pucks to forwards for quick zone exits. He’s quickly earned the trust of Simon’s staff and has been rewarded with more playing time on the Griffins’ second defensive pairing and in a penalty killing role.

Edvinsson’s confidence with the puck continues to grow as the smooth skating defender carries the puck out of the zone. His long reach and size in the corners has disrupted plays left and right, and as the season goes on he too has become a key fixture in defensive zone faceoffs that lead to transitions heading the other way.

Both defenders are young, growing into their professional games, and will make mistakes through the second half of the season. Their progress in the maturity of those games – a key factor in the 3 points this weekend – has to be a positive for the Griffins going forward.

Consistency has been a major issue for the Griffins. Following up the energy of Friday’s game with the dud of Saturday’s first period was a microcosm of what got Grand Rapids in trouble at the bottom of the standings to begin with.

“I just thought we got off to a slow start. Puck management wasn’t great to begin with. I don’t think we did a great job staying above guys and then the urgency to collapse and help out in the D zone.”

The beginning of the month has seen the team grab five out of six points. It’s a good little streak to get on, but the upcoming homestand is incalculably huge. Two games against Iowa and one against Chicago represent the bottom three of the Central Division, with Iowa holding a six point lead over the Griffins and Wolves each with 28 points.

The name of the game remains the same: can the Griffins continue with a consistent effort that leads to points on the board? They finally have consistent goaltending – and will only have it for a short time. The lineup needs to take advantage of that and climb back up the standings and into the thick of the playoff race.

“I think it speaks to hopefully the corner that we’ve turning here. The determination of the group where, if we get down by two we’re not going to panic so much. We have a belief in each other.”