Iowa took a 1-0 lead just past the 11-minute mark in the first. Josh Atkinson stole the puck in the neutral zone, then fed it to the Luke Johnson just before he entered the San Diego zone. Johnson moved to within 15 feet of the net before firing a wrist shot that went over the shoulder of San Diego netminder Kevin Boyle and in for his 11th goal of the year.
With just under two minutes left in the period, the Gulls tied the score. While on the power play, Daniel Sprong had the puck along the blueline in the Iowa end. He passed it Wideman on a great give and go, who fed the puck back to Sprong. He buried the one-timer just off the post and in for his 11th tally of the season. 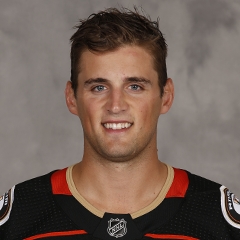 The score remained tied for the first 17 minutes of the second, thanks to the incredible play of the San Diego penalty killing units. They were faced with an extended 5-on-3 Wild power play, but were able to kill off all 1:53 of the two-man advantage.
At 17:19, Isac Lundestrom gave the Gulls the lead. Chris Mueller was able to steal the puck along the goal line near the Wild net. He made a nice between the legs backhand pass to Wideman in the slot, who stopped the puck. Lundestrom then swept in, lifting the wrist shot over the shoulder of Iowa goaltender Mat Robson for his fourth goal of the year.
The Gulls held onto a one-goal lead into the third, but in the span of 25 seconds, they extended their lead to three. At 5:26, Wideman blasted a shot from the point that Robson saved, but the puck was loose in the crease and Blake Pietila was able to knock it in for San Diego’s second power play goal of the game.
At 5:51, the Gulls were making it impossible for Iowa to clear the puck out of their end. Alex Broadhurst was able to create a turnover, then fed the puck across the crease to Simon Benoit, who buried the one-timer for his fourth goal of the year.
The Wild were down, but there was still a lot of time left in the game. With 2:49 left, Brandon Duhaime had control of the puck along the left boards. He fired a shot that Boyle saved, but the San Diego netminder was not able to cover it up. No one seemed to be able to find the puck, allowing Dmitry Sokolov to locate it just past Boyle’s pads, sliding the puck in for his 12th goal of the year. 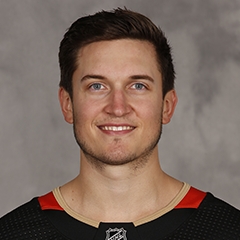 The Wild pulled Robson looking to try to make this a one-goal game, but Maxime Comtois added an empty-net tally to seal the victory. That made it 5-2, which would be the final.
Besides the three assists by Wideman, Benoit added a goal and an assist. Boyle stopped 29 of 31 shots. Robson saved 30 of the 34 shots he faced for the Wild.
The Wild set a single-game attendance record with 13,503 fans.
Iowa (32-15-6) heads to the road to begin a three-game road trip on Wednesday when they take on the Central Division leading Milwaukee Admirals. Iowa trails Milwaukee by five points for the top record in the AHL. The puck drops at 7:00pm CST.
Follow Robert on Twitter for live, in-game coverage and continued correspondence for the Iowa Wild! Don’t forget to also follow The Sin Bin on Twitter and Facebook for all additional AHL, ECHL, and SPHL minor league hockey coverage and insights!