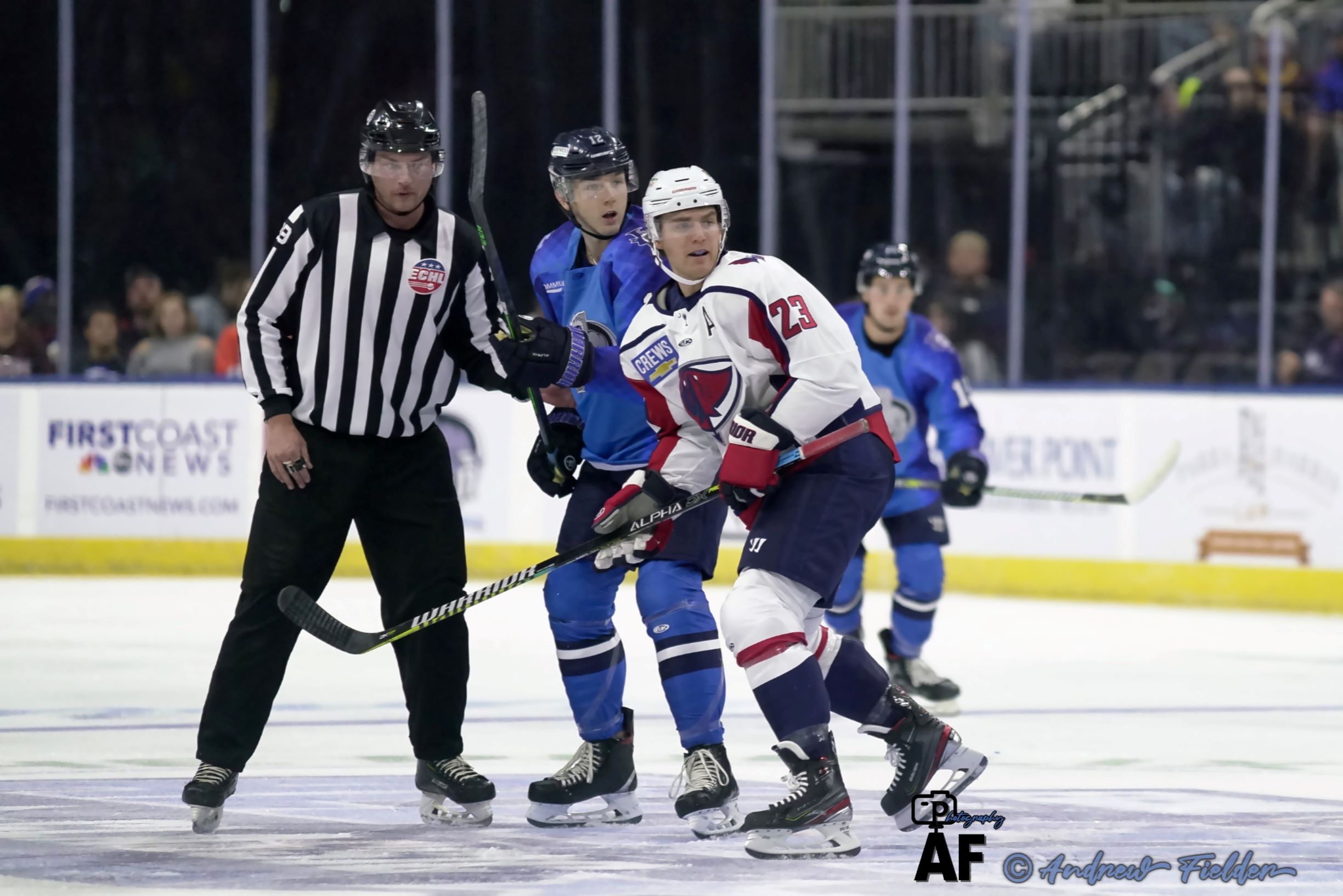 Ben Holmstrom has reached a career milestone that only a select few minor league hockey players will ever attain, 700 professional career games.

NORTH CHARLESTON, S.C. – Ben Holmstrom has reached a career milestone that only a select few minor league hockey players will ever attain, 700 professional career games. Hockey can be an unforgiving sport. Injuries can end careers in the blink of an eye. Rules on veteran players in the AHL and ECHL squeeze many older players out of the game in North America and force them to choose between leaving family and friends behind to play in Europe or walking away from the game and into retirement. Some are lured away by the stability of a stereotypical 9-5 job, while other players chase their hockey dream for years only to find that they have lost their love of the game along the way and with it, their desire to play.

Ben Holmstrom is different. The 12th year professional feels lucky and happy, to still be doing the thing that he loves most. 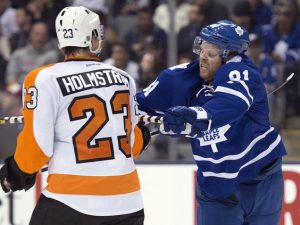 Holmstrom grew up in Colorado, and like most kids, had his dream of reaching the NHL and playing hockey for a career. But unlike most kids, he has done it. After four years at the University of Massachusetts-Lowell, the undrafted Holmstrom signed an NHL deal with the Philadelphia Flyers. In his first full professional season, he lived out his boyhood dream of playing in the NHL.

“It’s such a great memory,” said Holmstrom. “It’s my first NHL game and I am a starter. Chris Pronger comes up to me and tells me I am taking the biggest faceoff of my career. He doesn’t have to do that. I’m just a young kid, that meant a lot to me, to take that time and probably doesn’t mean a lot to him but it was huge for me.”

Holmstrom would play a total of seven NHL games with the Flyers over the next two years but he became a mainstay in the AHL for the first nine years of his career. Holmstrom has been immediately recognized as a leader in every locker room that he has been in. His sophomore year in college he became the captain of the team. In his second professional season, he became the captain of the Adirondack Phantoms. He wore the ‘C’ for three years in Adirondack before spending a year with the Charlotte Checkers, where he wore an ‘A’ and then moving to the Bridgeport Sound Tigers where he wore the ‘C’ for the four years he was there. 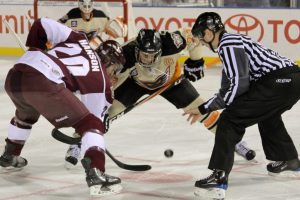 “I never chased a letter, it kind of just happened that way, it was never a goal of mine. Just come in, be a good teammate, a good professional,” Holmstrom said.

“It was fantastic, the Outdoor Classic. Huge crowd in Philly. We get a really late goal to tie it and then the overtime winner. It was wild. Such a great memory.”

Holmstrom spent his first time in the ECHL during the 2019-20 season splitting time between Norfolk and Cincinnati. The 2020-21 season was spent playing for Lillehammer in Norway. In the summer of 2021, he wasn’t liking the offers that he was receiving from overseas when the opportunity to come to South Carolina presented itself. And with the offer came the chance to reach the 700-game plateau.

“It’s tough for a guy my age to get a job. But luckily over my career my timing has been great. And I have had great opportunities and it’s been great having people who trust you and believe in you support you along the way. Hockey is such a small community and you get to share memories and milestones with them. I had played with Flo (Justin Florek) before, I mean you just never know in hockey. I go to Norway and get reunited with a guy (Nick Dineen) that I played with in juniors with 14 years ago.” 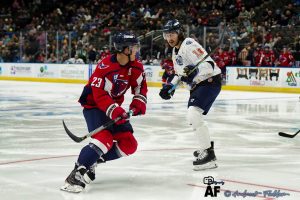 It’s those friendships and memories made along the way that brought Holmstrom to 700 games and have him wanting to keep going for as long as he can.

“I want to keep doing it. (700 games) kind of just sneaks up on you, you don’t realize it. I want to keep playing as long as I can. I love the sport, the culture and the people.”

Congratulations to Ben Holmstrom, his family, friends, and teammates that have all supported him along the way to game 700.