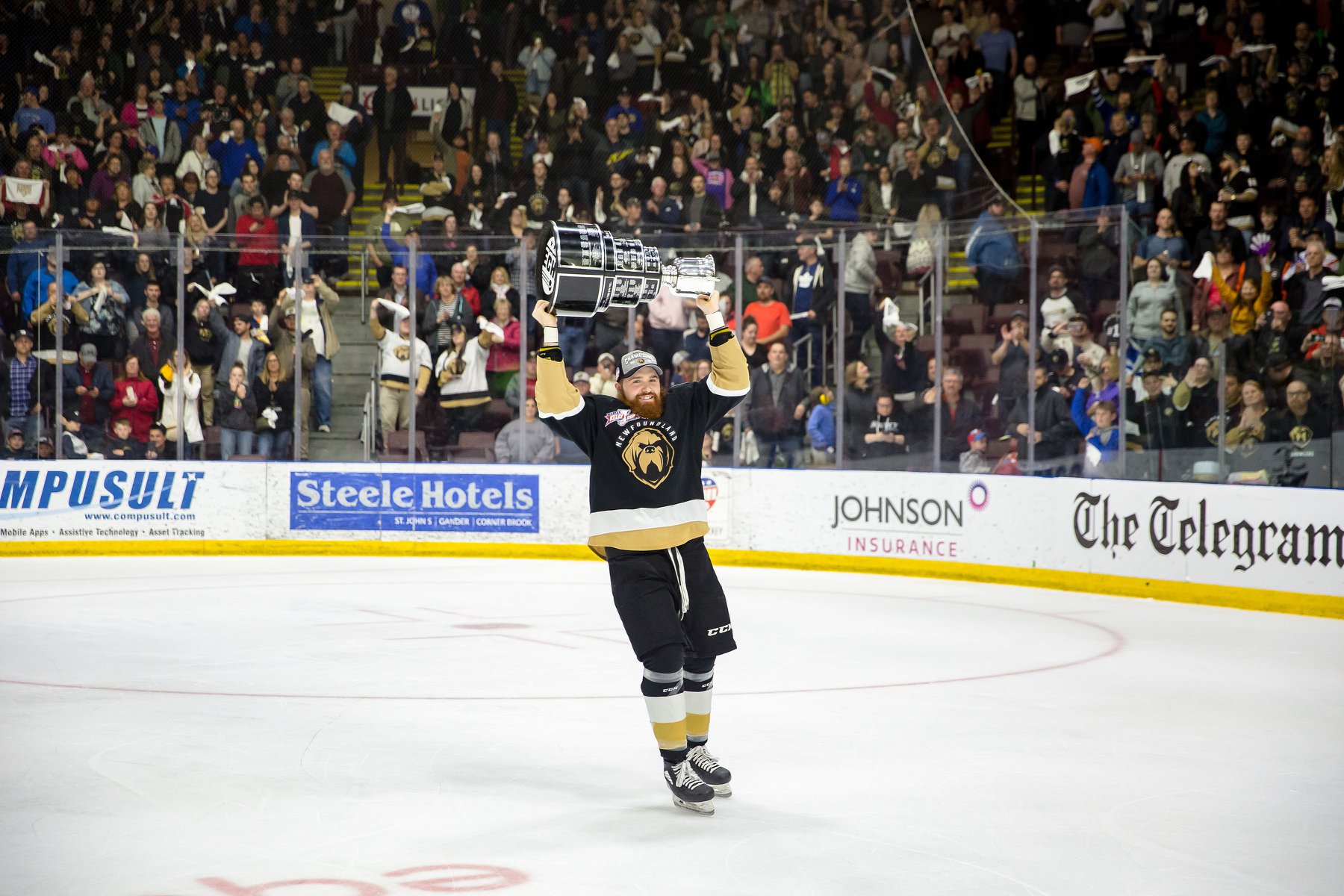 ST. JOHNS, NL – Around two months ago, I got the chance to interview Todd Skirving, Canadian forward with the Newfoundland Growlers. The 28-year-old native of Thunder Bay re-signed with the team for a third season in mid-July. During the pandemic-shortened season, the lefty recorded seven goals along with eight assists in 37 games, and won the fan’s Choice Award, his second in as many years.

Aiden Foley: How have you been dealing with the coronavirus pandemic at home in Thunder Bay?

Todd Skirving: Just trying to do my part like everyone else. Keeping my distance. Limiting my trips to the grocery store and downtown. Spending lots of time with my parents. Training for the upcoming season throughout the week. 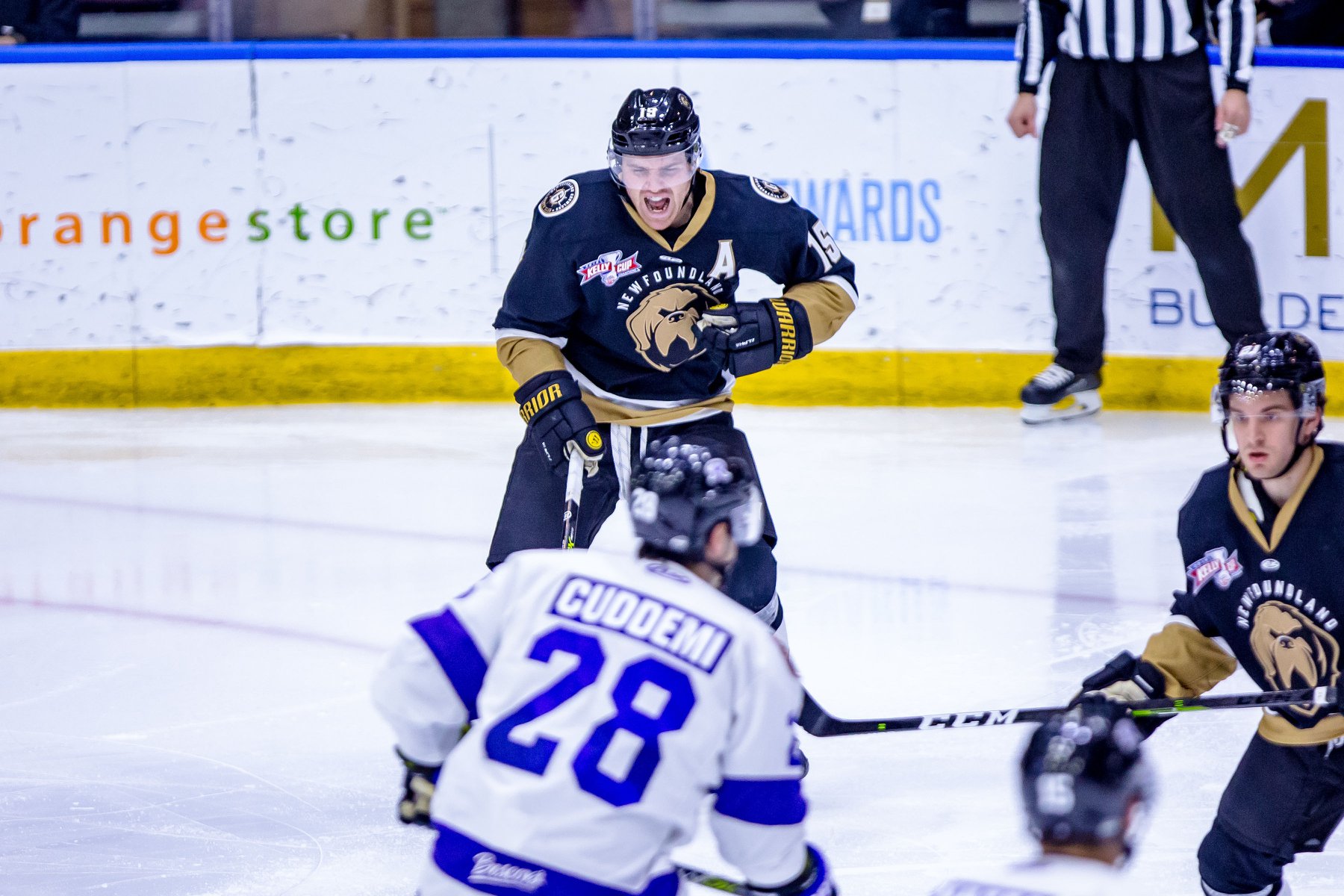 AF: Of course your re-signing was big, exciting news. Was it an easy decision to return to Newfoundland?

TS: Very easy decision. I knew once the season got cut short that it was already on my mind to come back. Newfoundland has become a second home to me. There is no place I would rather be, from an organizational standpoint top to bottom. We are provided with the best to succeed and be surrounded by good people. The fans are passionate and supportive, it makes going to the rink everyday fun. The scenery and downtown life make it that much more enjoyable away from the rink too. 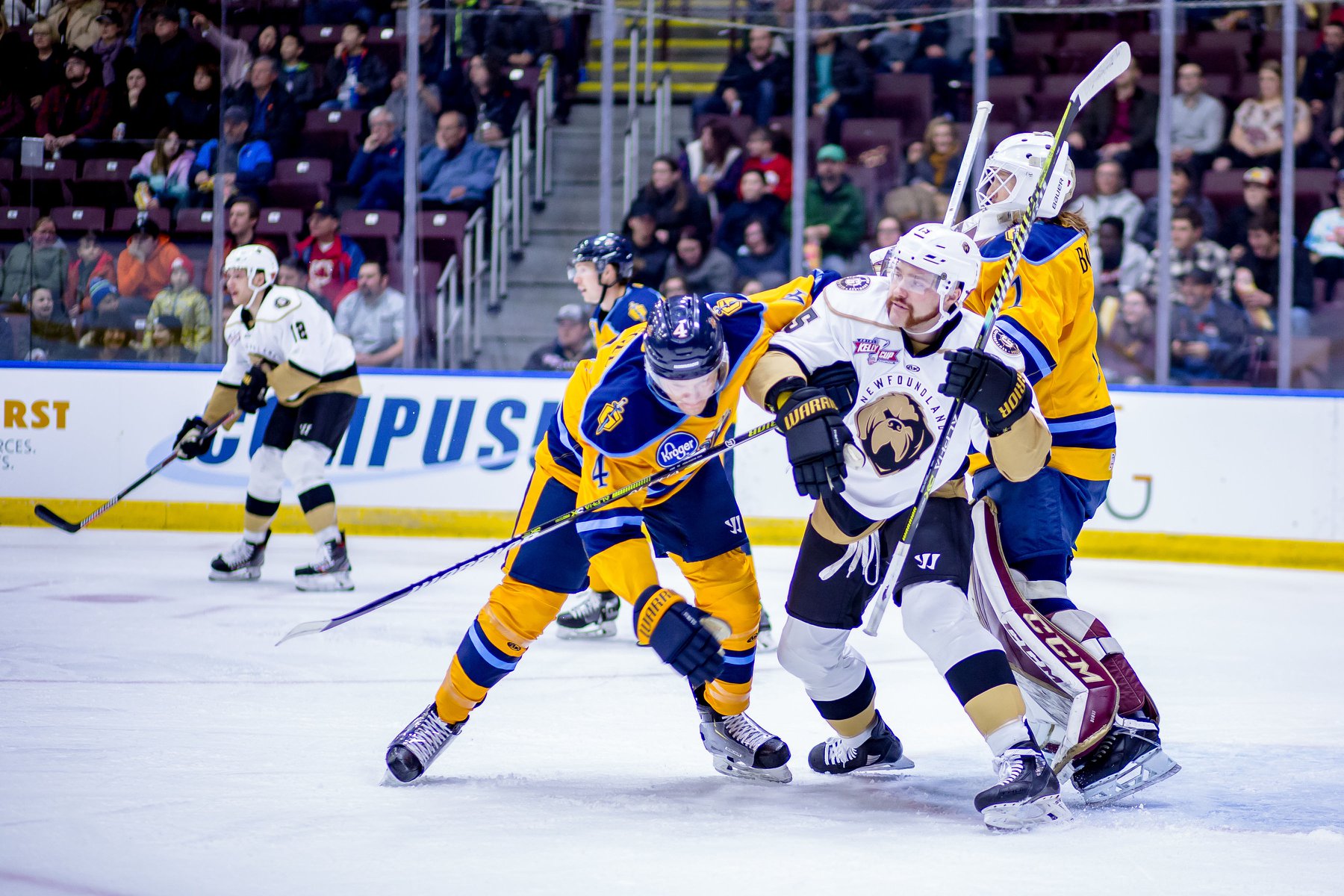 AF: This is not necessarily a hockey question, but who did you look up to and idolize growing up?

TS: For me, my parents led the way. Their love and support have been there since day one. They gave up their goals and dreams so that I could live out mine. I love them both and can never thank them enough.

TS: Player-wise, I always followed Patrick Sharp dating back to his junior days with the Thunder Bay Flyers. The way he carried himself was what I wanted to be. He was also in the community and is another reason why I am always out in the community.

TS: Today, I look to players that make an impact on and off the playing surface. Guys like P.K. Subban or Aaron Judge who do things the right way and try to make a difference. 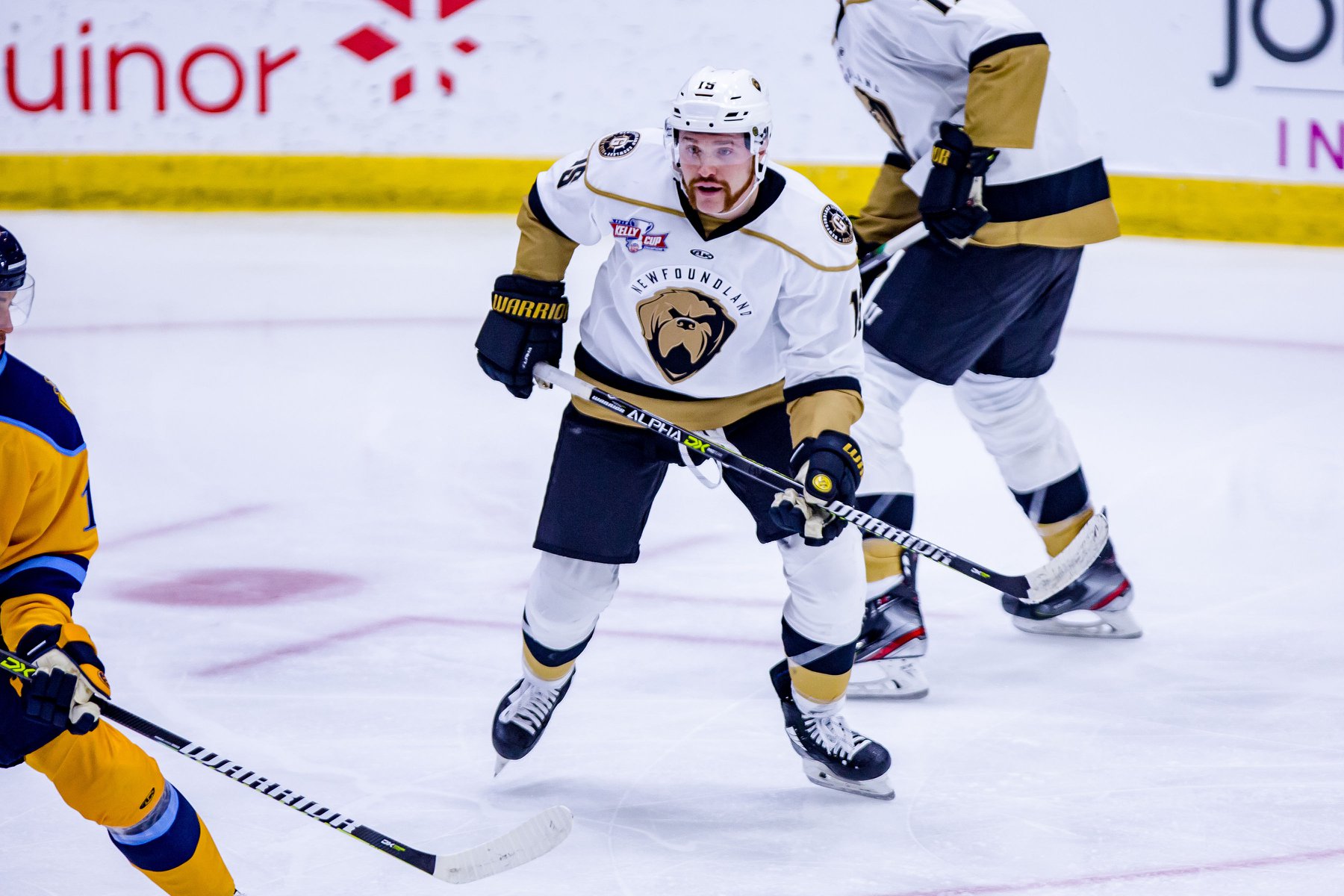 AF: Do you have any goals that you would like to achieve next season?

TS: Just to continue building on the foundation that was outlined in our inaugural season. The ultimate goal is to win a championship at the end of the year. It is still ours to lose. Continuing to better my game offensively and defensively so I can contribute when I get the opportunity. Helping push the young guys to reach their goals and get called up to the AHL/NHL. 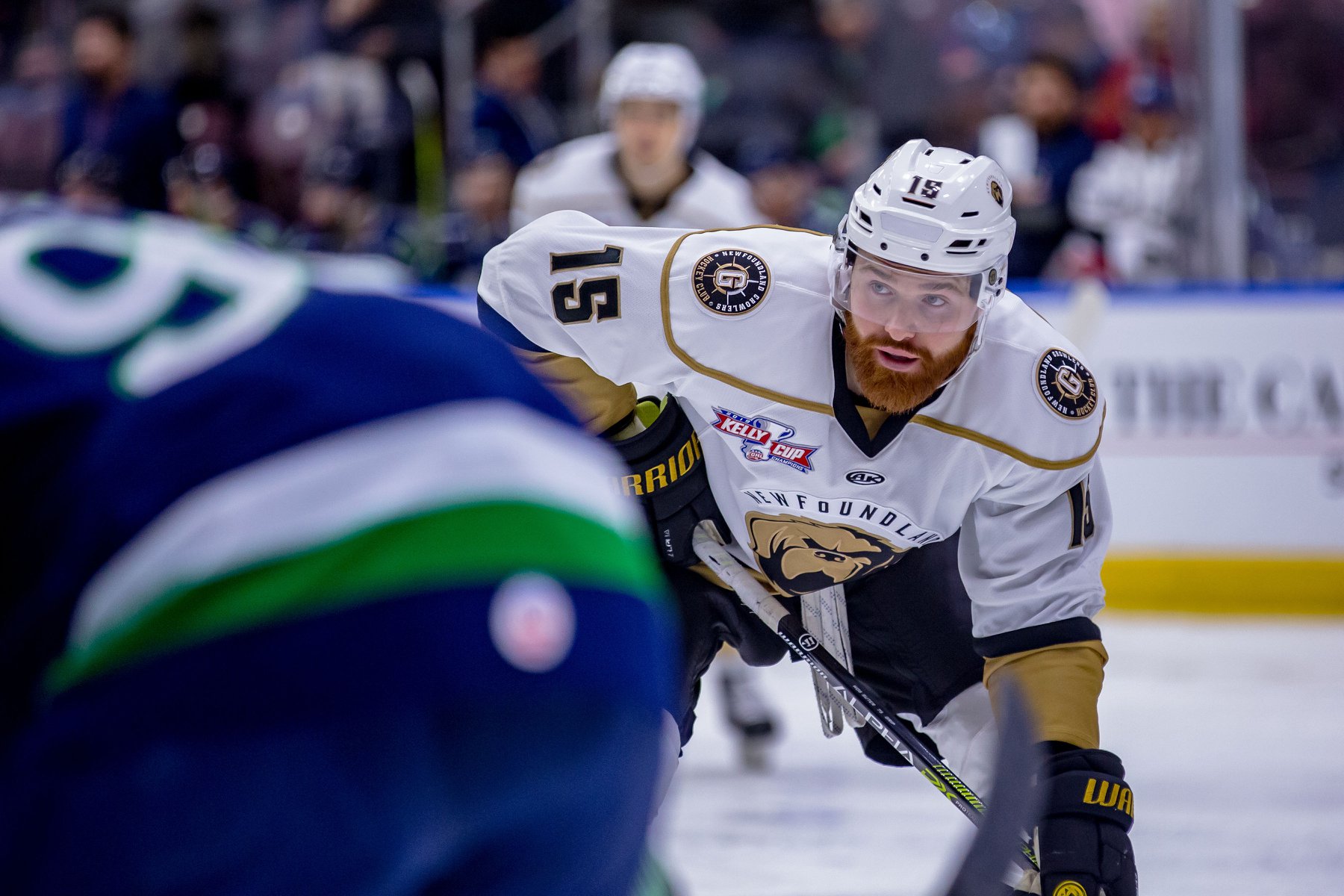 AF: I know that like me, you are a huge fan of the New York Yankees. Who is your favorite Bronx Bomber, both present and all-time? 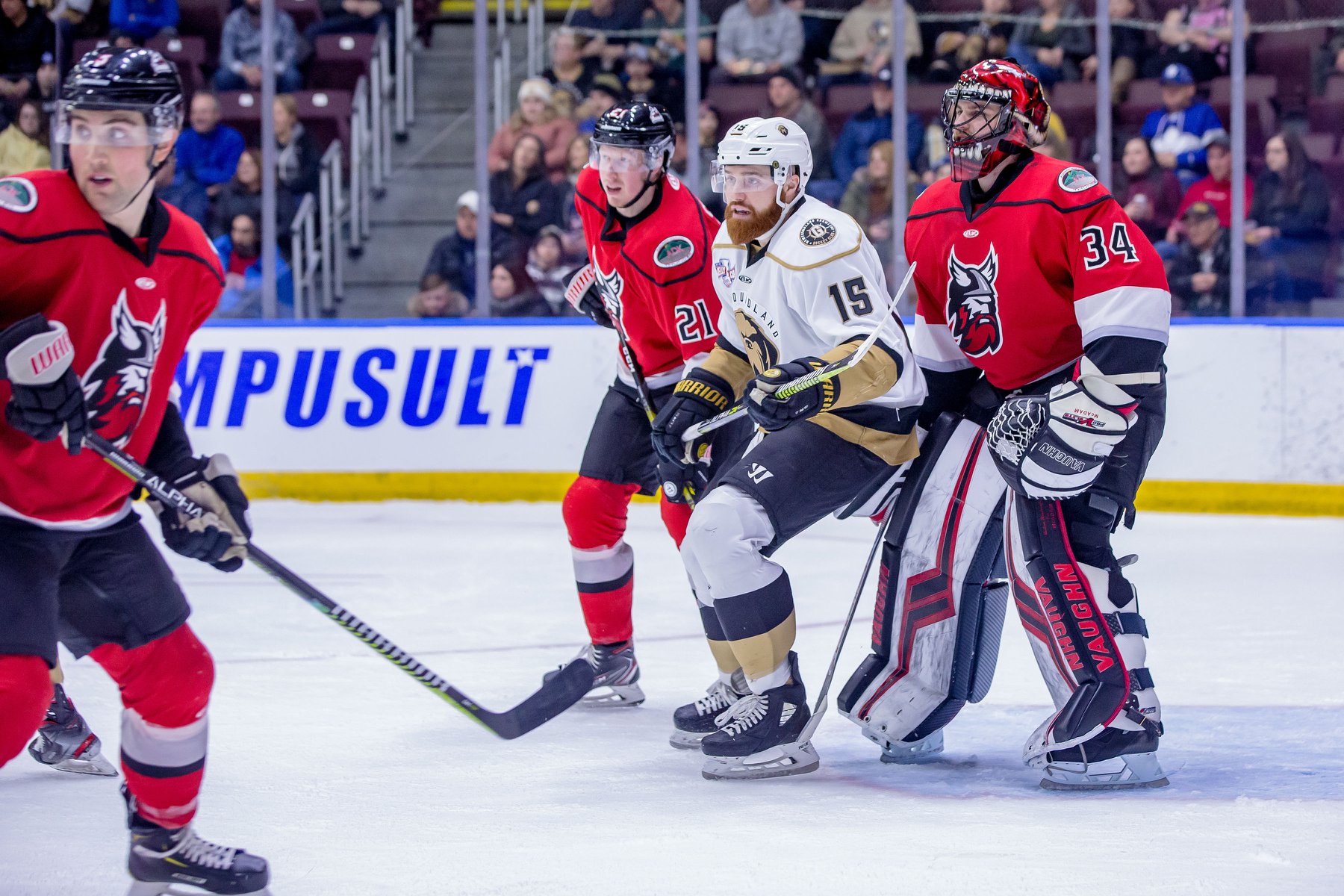 AF: Newfoundland’s geographic location puts the Growlers away from every other team in the ECHL, which means road trips often take weeks at a time. Where have you had the best experiences on the road?

TS: The best experiences on the road would have to be our Florida trips. We leave the cold for the sun. We get to bond away from the rink at the pool and the beach. It’s a nice change and usually, guys are happy and in better moods. It’s a nice way to break up the season from what we’re used to weather-wise and play some strong South Division teams to see how we stack up against other opponents. 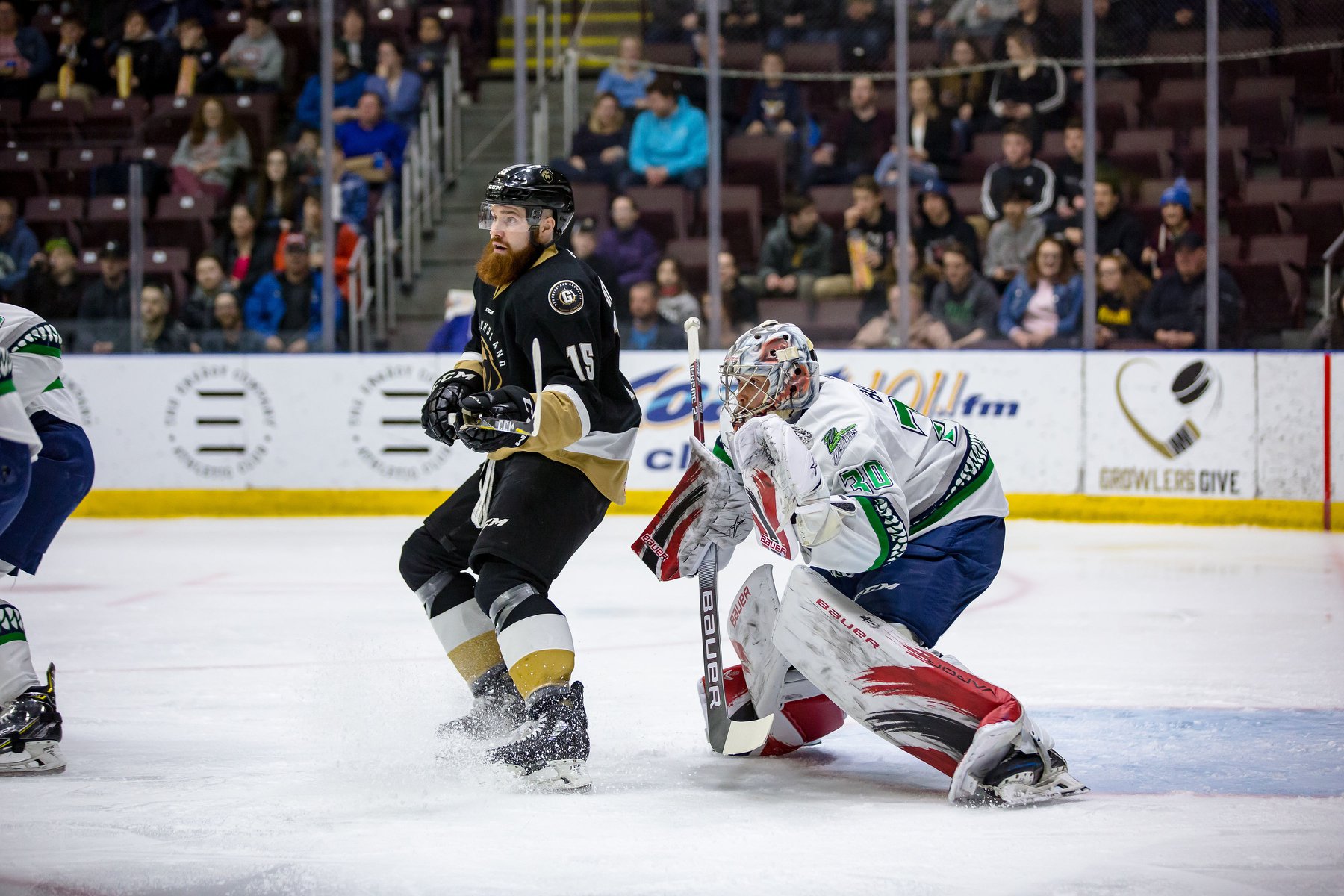 AF: We have a few questions sent in from Growlers Nation – Newfoundland. Cindy-Mike Stone wants to know if you would ever consider making our province your home?

TS: I’ve wrestled with this question mentally already. I really enjoy Newfoundland. I’m itching just to get back there. I guess for it to be a permanent home, I will have to see how my hockey career finishes and where life takes me that way. It is in the mix though. 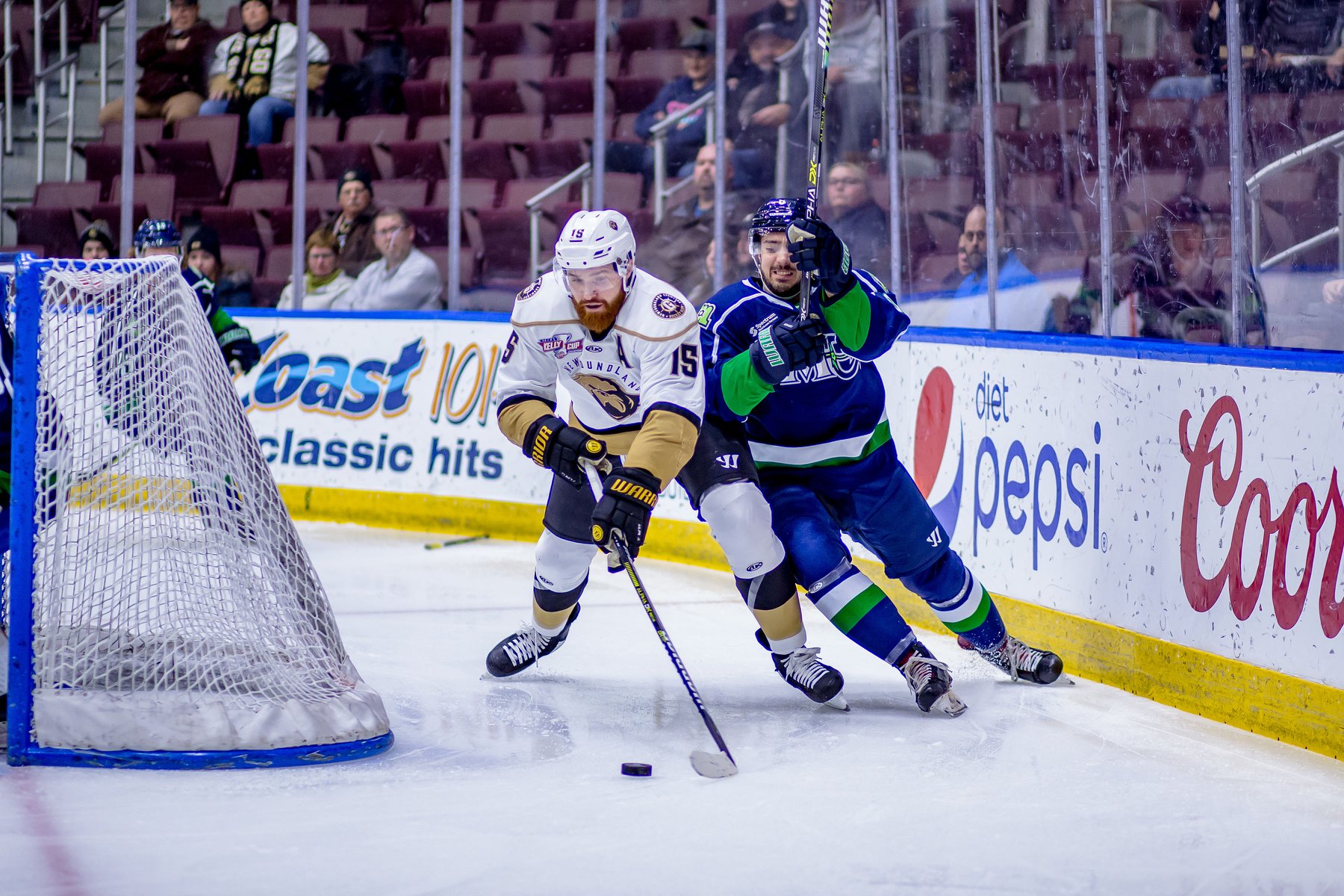 AF: Jan Hickey asks what have you been up to this offseason?

TS: Lots of downtime. It’s been a long summer and gets longer every time the date gets pushed back. I’ve spent lots of time with my parents. I have been training five times a week. Yoga two-three times a week. Just started getting back on the ice again. Basically just trying to stay ready for a hopeful season. A little fishing on the side too. 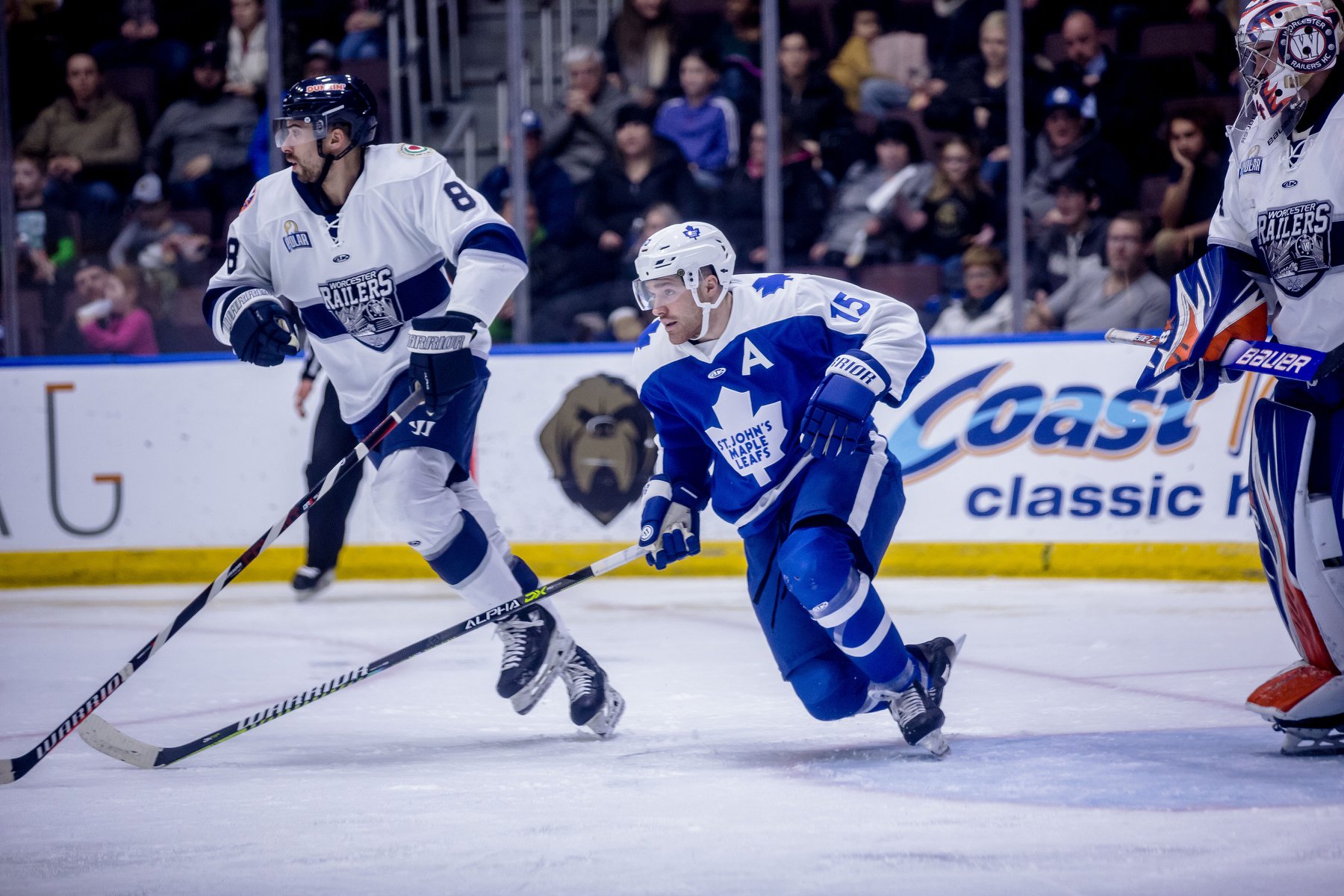 AF: Our final question comes in from Chad Newman. He wants to know what inspires you to be so active and generous in the community?

TS: It is something my parents instilled in me at a young age. I was always waiting for a player’s autograph after games. My dad said, “Remember this one day when someone wants your autograph. Make the time of day for them too.” My parents always taught me that. As I continued my career, it was something I took great pride in. It brings me a lot of joy and happiness to see other people happy. It takes zero effort to be a good person. It can be as easy as holding a door for someone or saying please and thank you. You never know what someone is going through. It was also brought up in team discussion. When we’re out and about and someone stops us, as a team, we try to take a few minutes of the day to have that conversation with fans. I think it’s important to get to know the people who support us on a personal level. It creates that community/family feel every game night.

You don’t have to be a pro athlete to make a difference. Anyone can reach out and do something for the greater good. I just so happen to have the platform as a hockey player, so I try to utilize my resources to help others because I can. I am happy if I can inspire at least one person every so often to make a difference because from there, it can be just one big ripple effect this world needs. 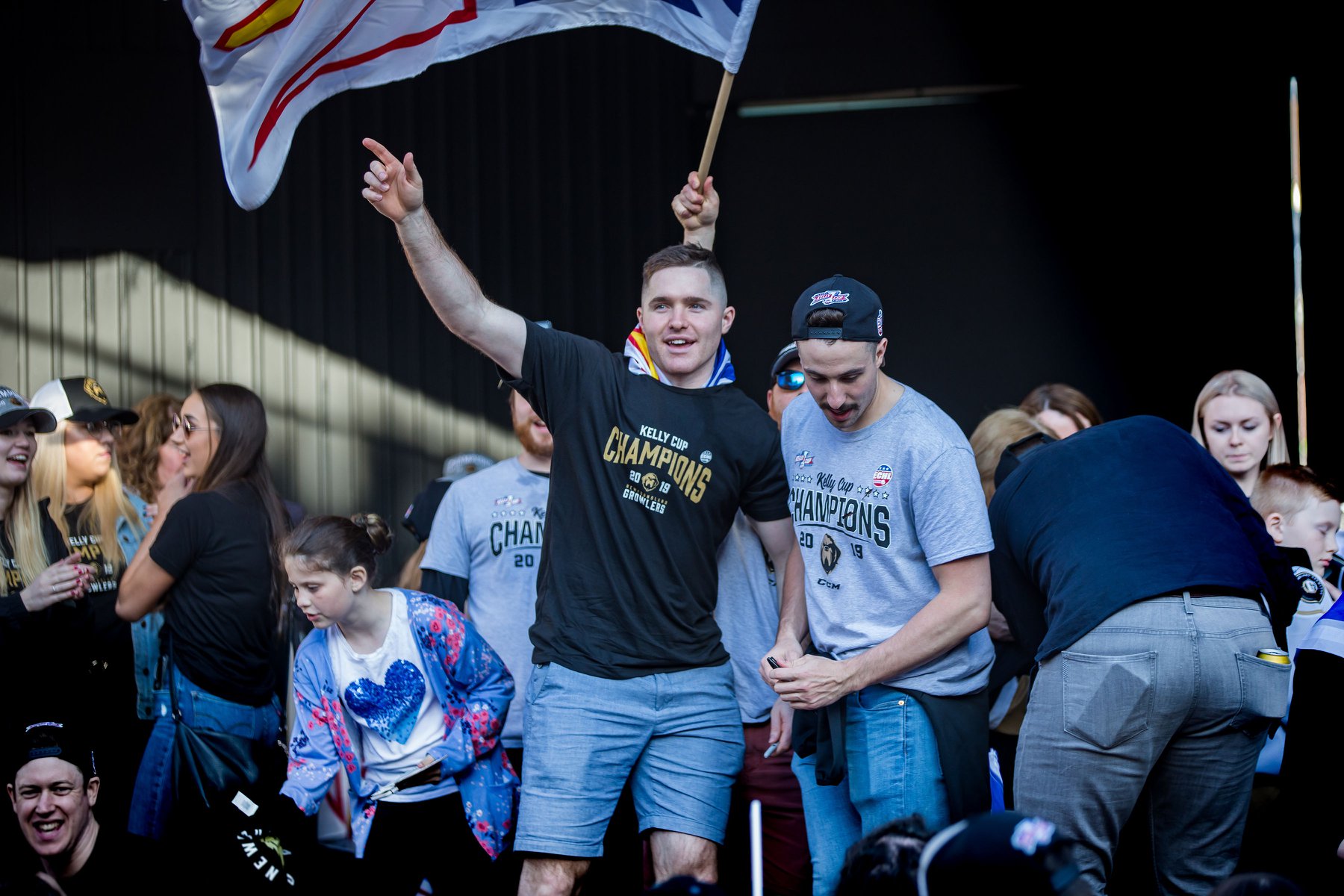 You can follow Todd on Twitter at @ToddSkirving and Aiden Foley at @SinBin_Growlers for the latest news on the Newfoundland Growlers!