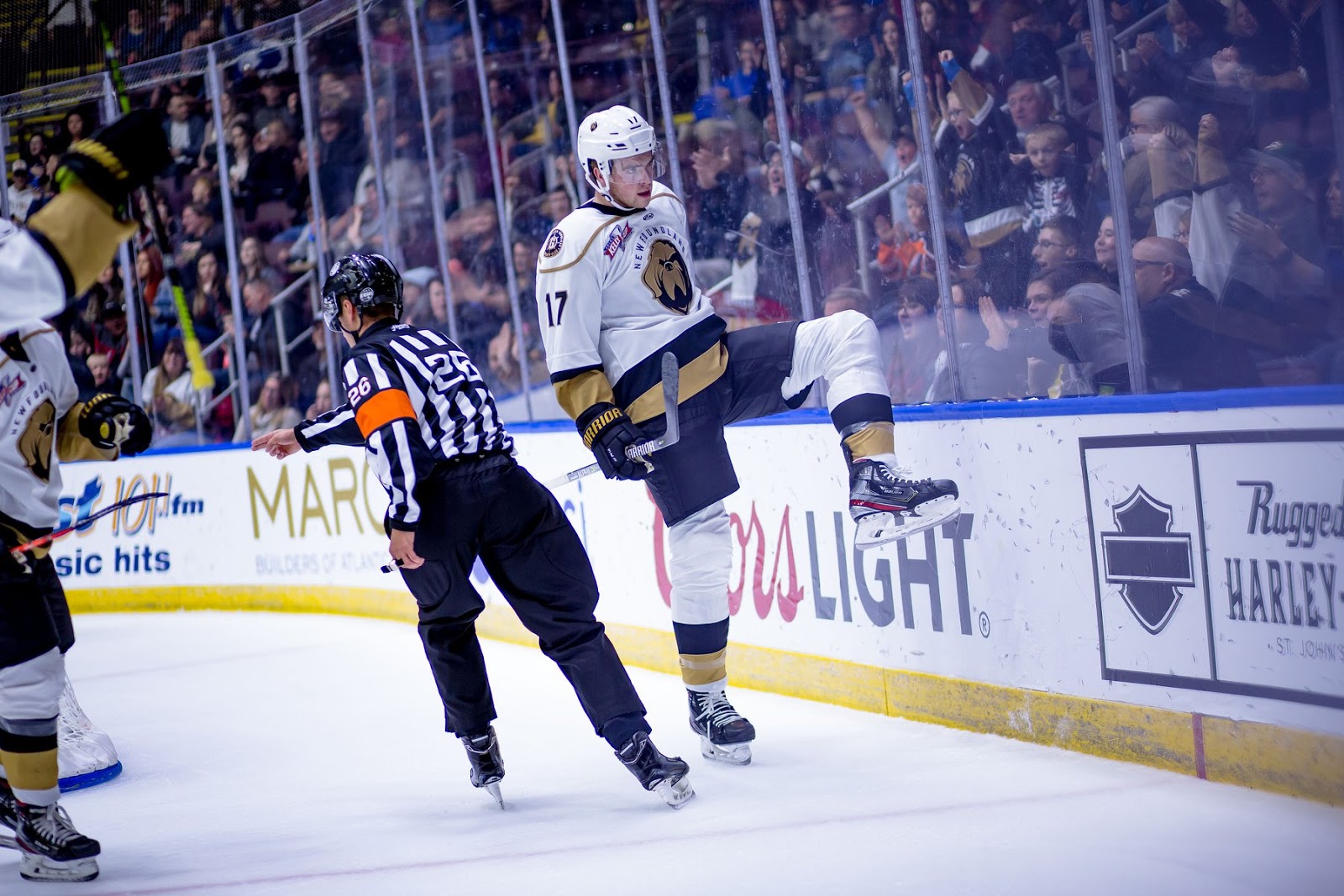 ST. JOHN’S, NL – Just under a month ago, I spoke with Justin Brazeau, a Canadian forward with the Newfoundland Growlers. Brazeau, 22, skated in 57 games during his rookie season, where he scored 27 goals and added 28 assists, and his efforts got him selected to the ECHL’s All-Rookie Team. He appeared in one game with the Toronto Marlies of the AHL.

The 6-foot-6, 225-pound native of New Liskeard, Ontario is entering his second professional season, on a deal with the Toronto Marlies.

Aiden Foley: How have you dealt with the pandemic since March?

Justin Brazeau: I’ve done my best to try and keep busy. I’ve played a lot of golf and video games. I’ve recently been able to get back on the ice which is always nice, so I think all in all with what’s going on, I’ve handled it pretty well. 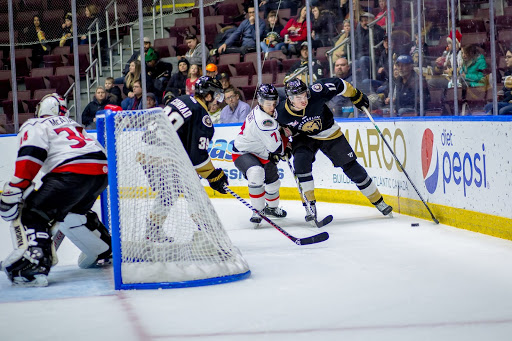 AF: I heard that you are big into video games. What games do you play, and are you on team Xbox or team PlayStation?

JB: I’m definitely on team PlayStation, I always have been. For me, the last year, it’s been a lot of Call of Duty and I also really enjoy NBA 2K. 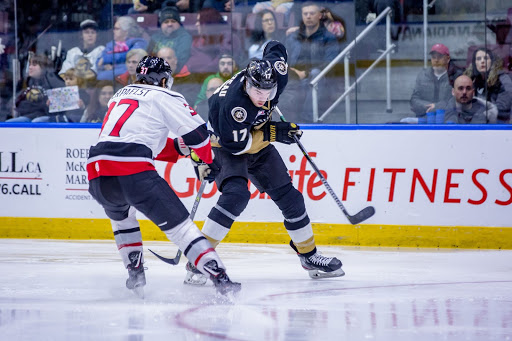 AF: Awesome. Let’s get into the hockey side of things. What got you interested in this great game, and when did you realize that this is what you wanted to do for a career?

JB: I honestly can’t remember a time when I wasn’t playing hockey, so I’m not too sure what got me interested. I would definitely say my family loves the game so as a kid I feel like I was always watching it or playing mini sticks, so I guess that’s what got me really interested. As far as when I realized I wanted to make a career out of it, I would probably say not until my 2nd or 3rd year in the OHL. Growing up for me, I always just played cause I loved it. I never really knew what the OHL was and stuff until the summer before my draft year. After my second year and the beginning of my third year in the OHL, I think that’s when I really started thinking about how I’d love to make a career out of it. 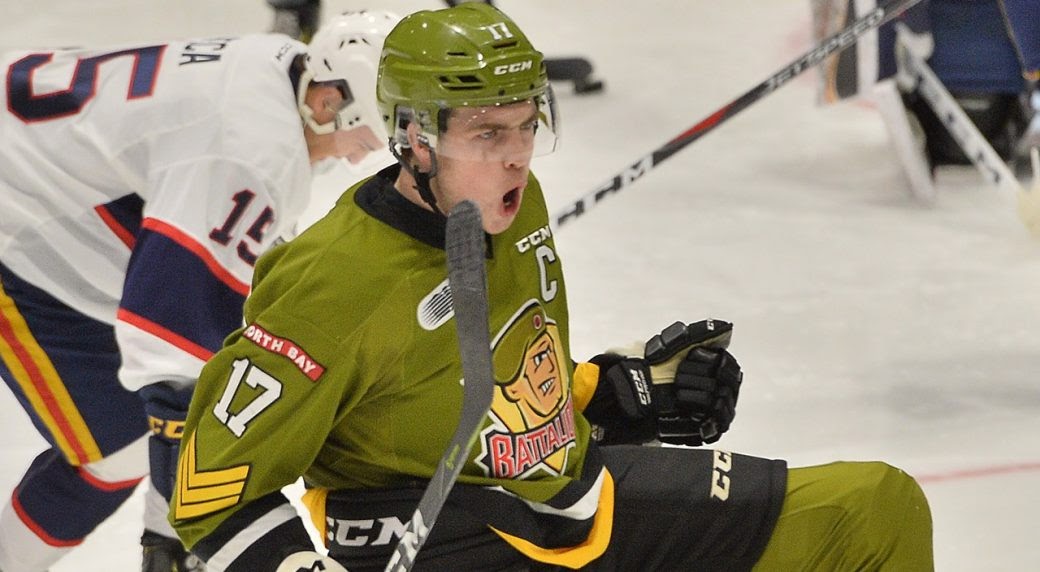 AF: That’s some great stuff to hear. Growing up in New Liskeard, were you raised as a fan of the Toronto Maple Leafs? And if so, is it extra special to be playing in their system, knowing that you have a good chance of playing for the team in the future?

JB: Yeah definitely. Growing up, I was a mix of a Maple Leafs fan and a Capitals fan since I’m a big fan of [Alex] Ovechkin. My dad is also a big Leafs fan, so it is definitely special to be apart of such a great organization. 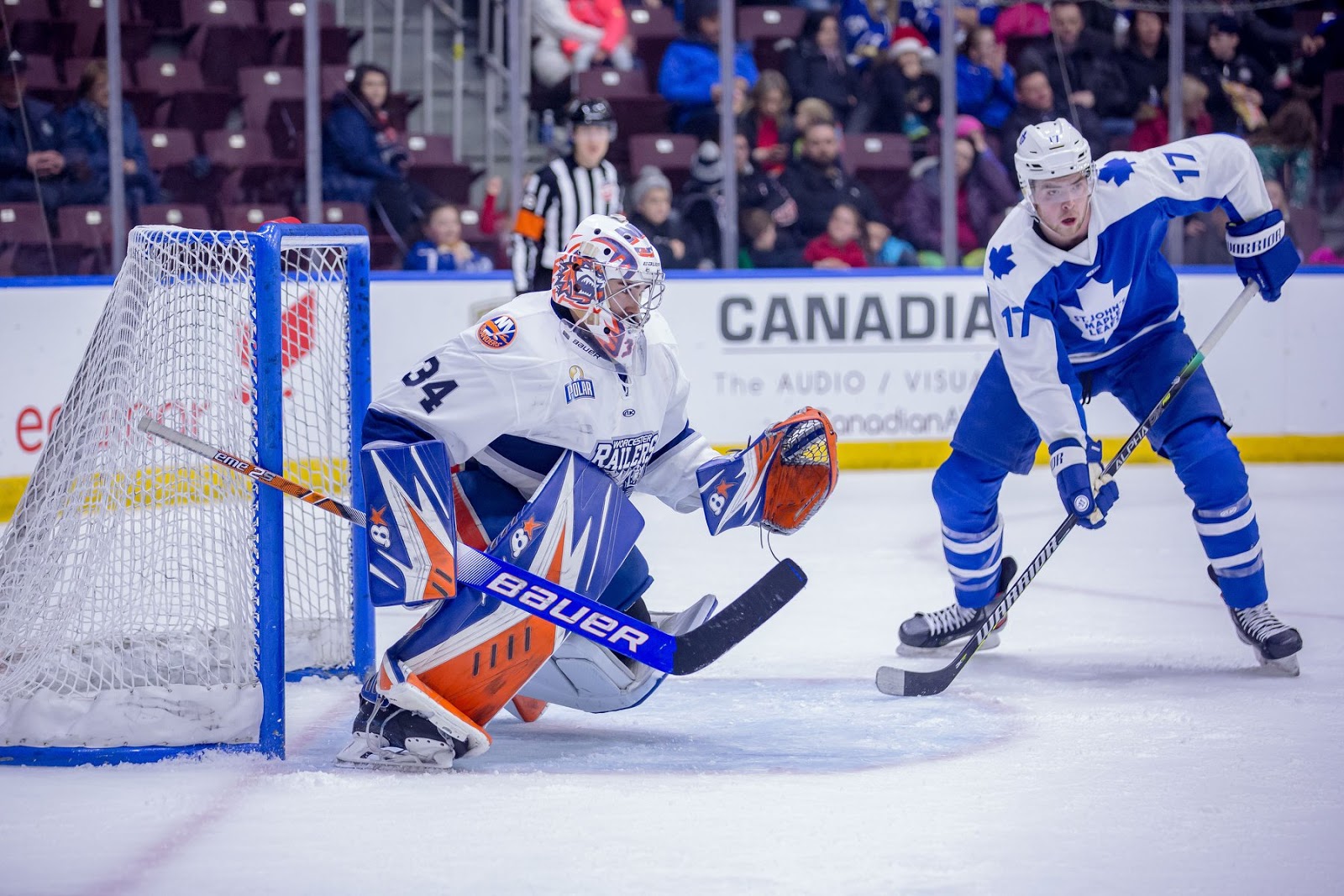 AF: You spent your entire junior career with the North Bay Battalion, and in your final year, you served as captain, scoring 61 goals and tallying 52 assists for a total of 113 points in just 68 games. It’s astonishing that you were able to accomplish that. You also had a very productive year with the Growlers, winning the team’s Rookie of the Year award as well as being selected to the All-Rookie Team. Have you noticed any substantial differences between games in the OHL, and games in the ECHL?

JB: I think the biggest difference is strength and speed. Obviously, you are playing again men and not kids 16-20 years old. The game is definitely a little quicker and a little more physical. 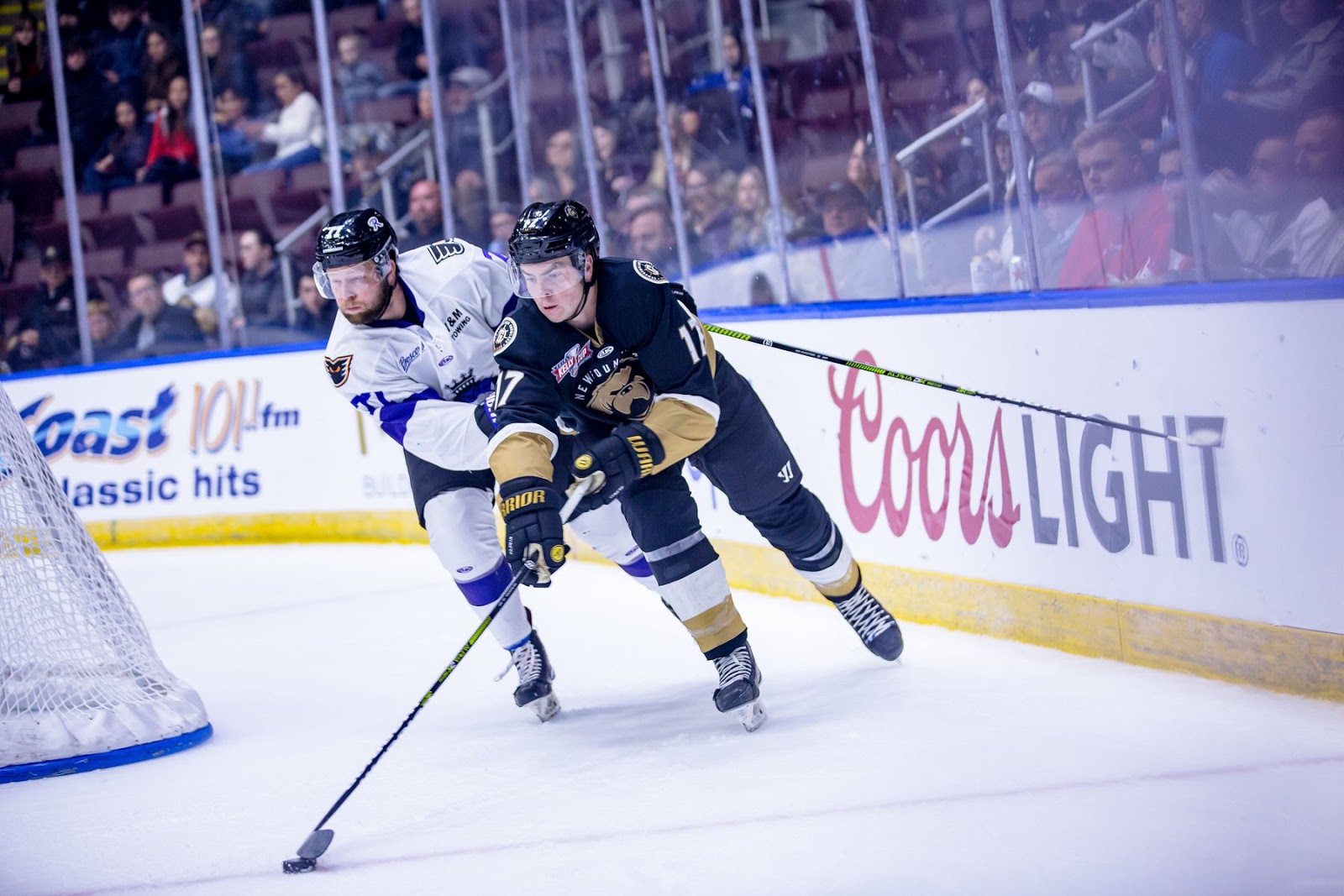 AF: I’m sure you get this a lot, but you are a giant. At 6-foot-6, you were one of the tallest players in the ECHL last season. How have you been able to adapt to the way you play the game?

JB: I think just making sure I keep using my size and playing to the strengths of my game. I’m probably not going to out-skate someone that’s 6 inches shorter than me, but I can find other ways to dominate the game and I think down low plays and being hard on the puck are some of the things that I can really utilize. 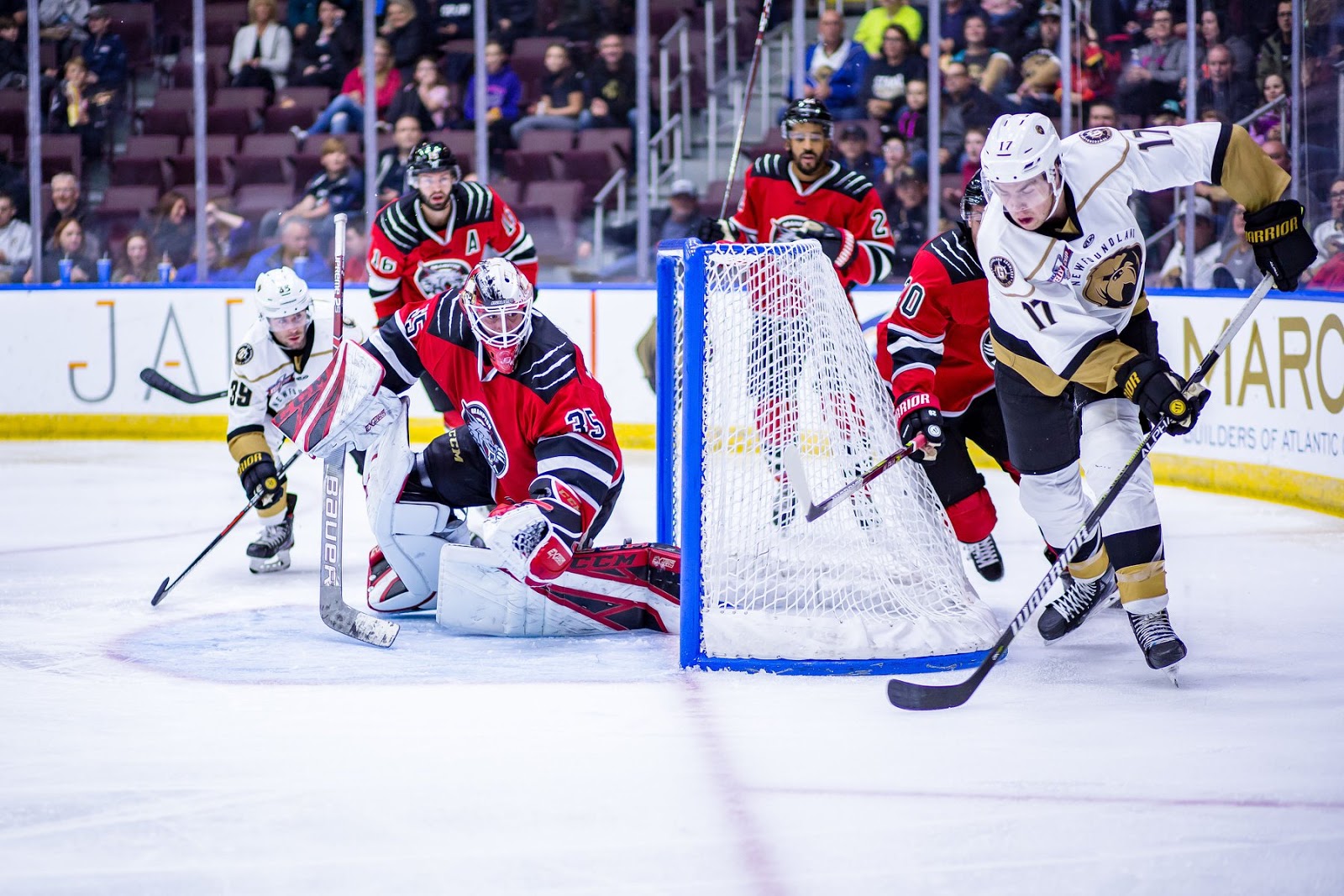 AF: From what I understand, you have been involved in power skating training with Barb Underhill, a former world champion in figure skating. Talk about what you have learned from her, and how it has helped you in improving the way you play the game.

JB: Barb has been unbelievable. I’ve only been with her for a short summer and I’ve already seen improvement in my skating. She does such a great job of breaking the stride down in a way that makes sense. We just tried to basically start over from scratch and build a good foundation to start from and go from there. 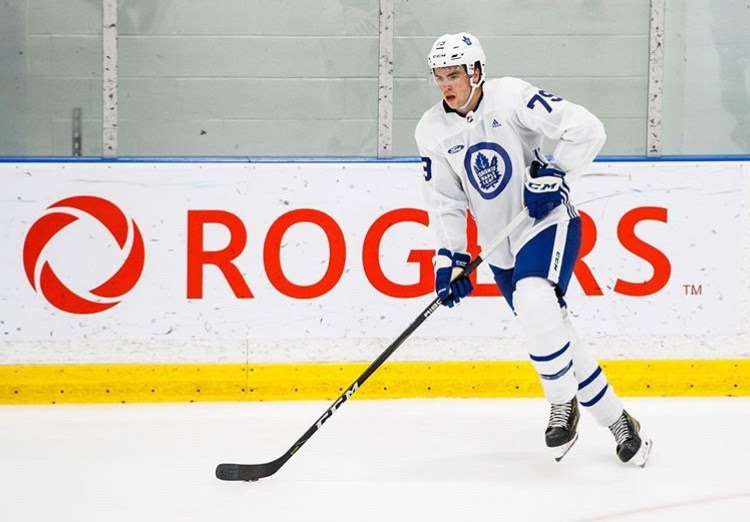 AF: What would you say is your greatest achievement in your hockey career?

JB: I think just signing that first pro contract. I’ve worked really hard to constantly improve and become the best player I can be and I think something like that just shows you’re going in the right direction so that would definitely be something I’m proud of. 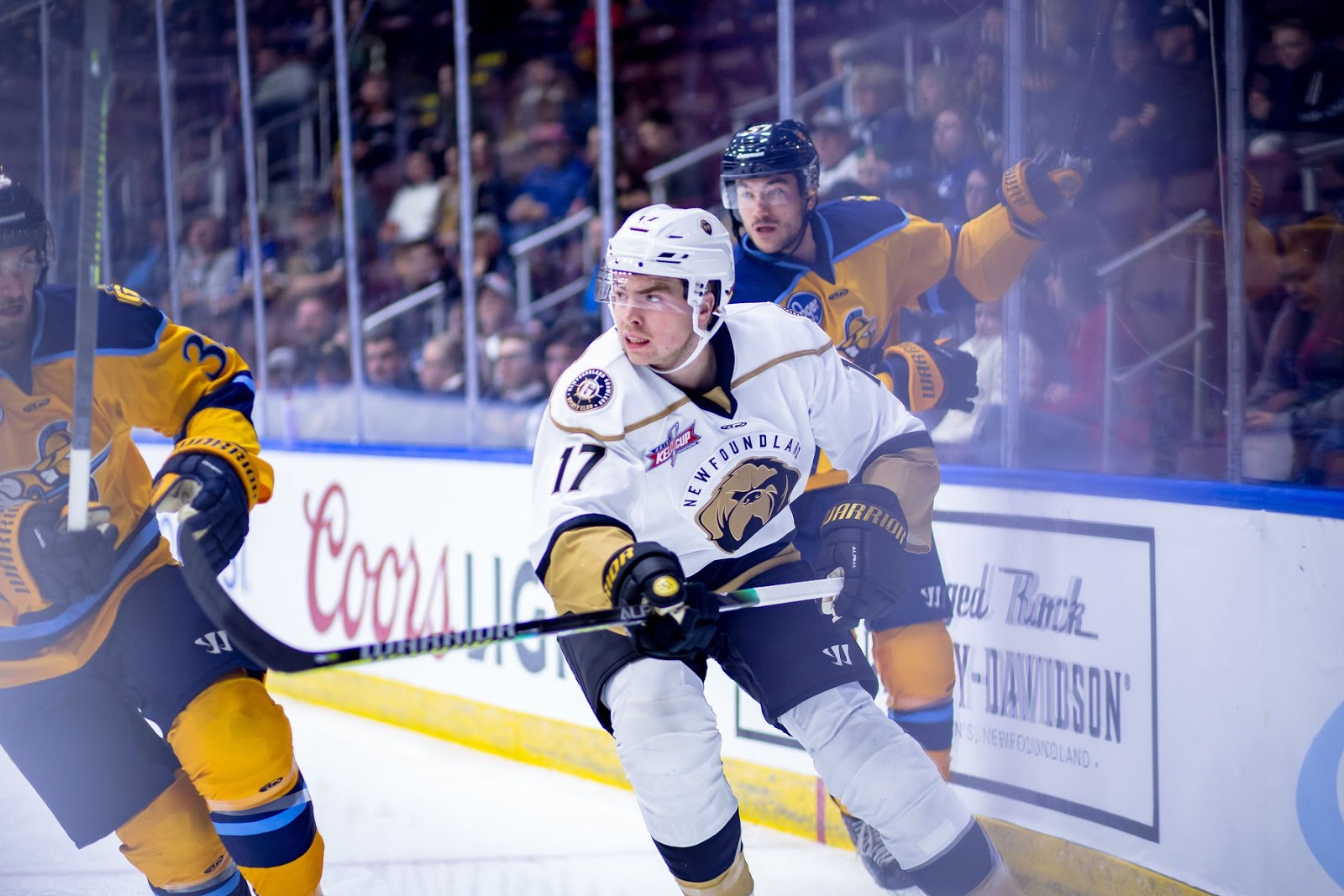 AF: Okay, a few fans want to know a bit about you. Travis Menchinton asks, how much of his off-season is dedicated to skating?

JB: For me, we train Monday to Friday then I usually am on the ice after all of the training sessions when I’m down in Toronto. Obviously being on the ice is a big part of becoming a better skating but also the things I’m doing in the gym with getting stronger helps a lot as well. 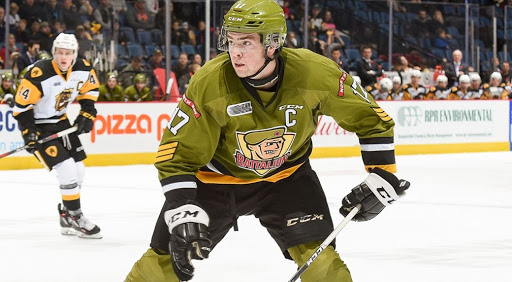 AF: Paul Loder has a few questions. He wants to know who your biggest influence is, both on and off the ice? Who you pattern your style of play after? What the best part about playing in Newfoundland is, and if you would ever come back to visit, even if not for a Growlers-related trip?

JB: I say I have two, obviously my parents are huge for me. Without them sacrificing their weekends when I was a kid just so I could play and always supporting me with my decision on wanting to try and play professional hockey, I wouldn’t still be doing this. Also, my former midget coach, Dan MacDonald, was big with helping me when I was younger. He was always someone I looked up to and kept in touch with during my time in the OHL.

JB: And I think I’ve always said guys like Joe Thornton, Ryan Getzlaf, or Pat Maroon. Not so much for the way they play the game, just more in the sense that they are all bigger guys who aren’t the greatest of skaters but utilize their size so well to have an impact on the game. The best parts about playing [in Newfoundland] were the fans and the people.

JB: Everyone is so nice and welcoming to conversations that it just makes it so much fun to play there. I would definitely come out on a trip, the area is beautiful and I really enjoyed my time out on the rock. 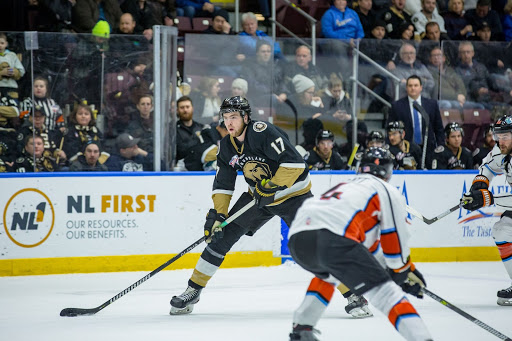 AF: I love hearing about great experiences in this beautiful part of Canada. “When are we going to have a family FaceTime again?” asks a man by the name of Todd Skirving.

JB: Haha hopefully soon! It seems as though our family FaceTimes are only me and him and the other ones don’t seem to like us anymore. 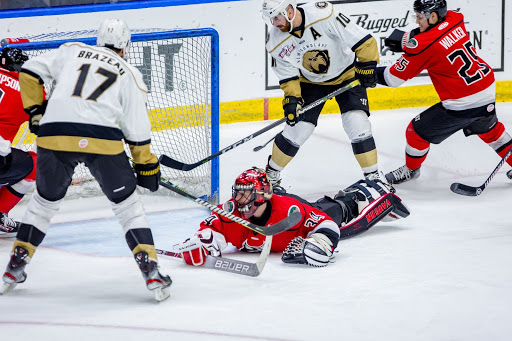 AF: John Gilbert wants to let you know that he admires your play style and that you are his favourite player. He says “We always see you around the net using your size against defenders. At what age were you when you realized that your size could be used as a huge advantage in the ice and who helped you master that big man style of play?”

JB: Tell him I appreciate that a lot! And I’ve always been a big kid that wasn’t a great skater, so I’ve always had to use it to my advantage, so I think over time, I’ve learned how to use it better. I’ve also always loved playing around the net because for me, I love to score goals and that’s where you have to go to get them! 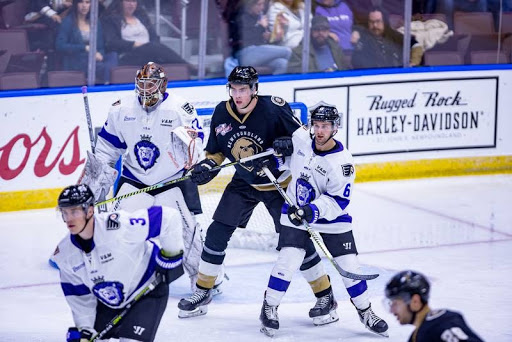 AF: Barry Chard wants to know where you feel you’re at in your development and time frame on potentially becoming an NHLer.

JB: I think for I’d say 2-3 years. My goal is to be in the AHL this year and have a good year. And from there, if I need one more year to keep developing, then so be it. 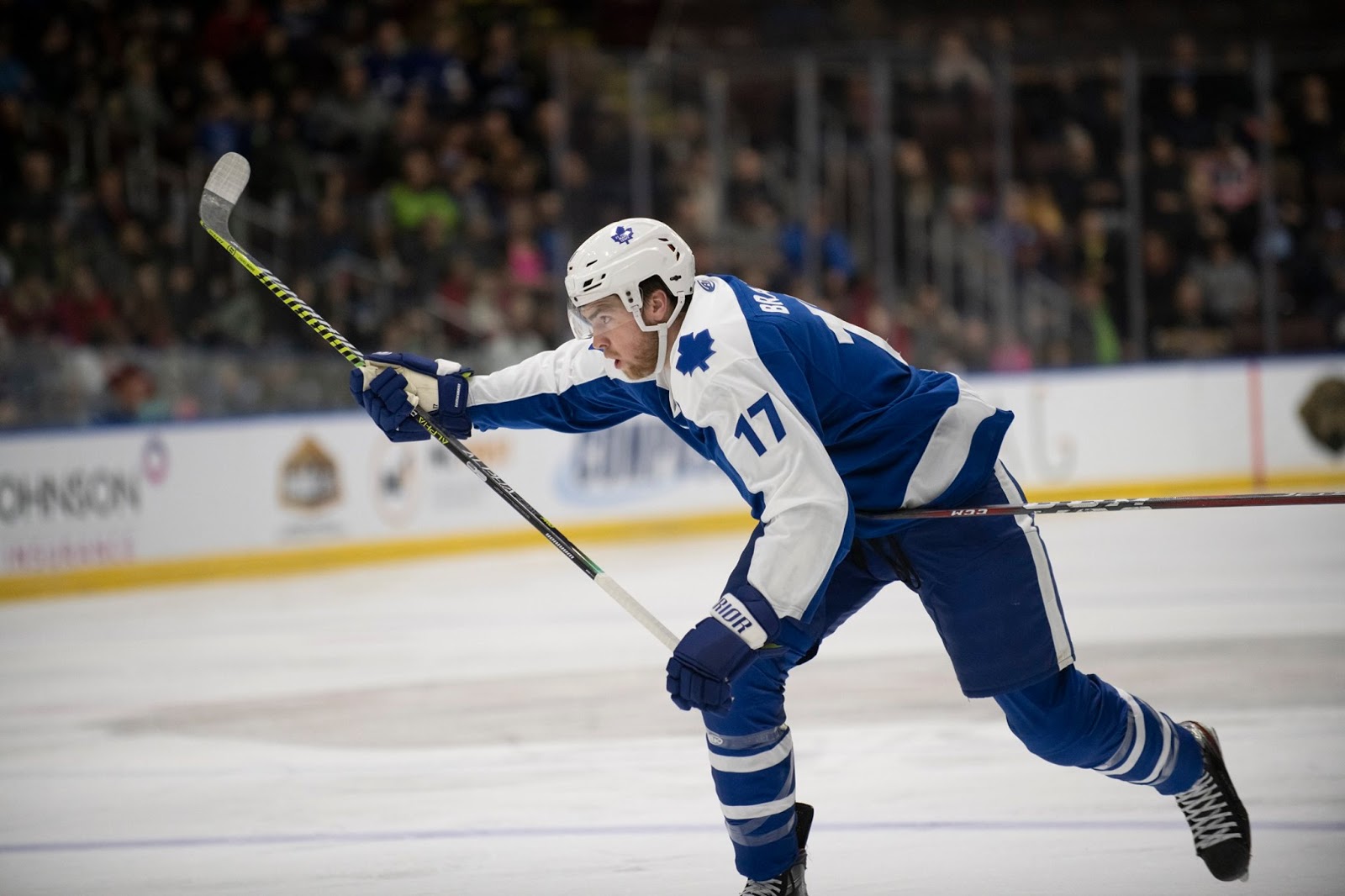 AF: Unfortunately for us Growlers fans, but fortunately for you, I suspect we will see you up with the Marlies next season, assuming it goes ahead as planned. My final question for you comes in from Evan Burgess. He wants to know who the best golfer on the team is.

JB: I’m not too sure about that. I never really got a chance to go out other than at a Topgolf once in Utah. I know Evan Neugold plays a lot and is good, but I’m not sure who the best is. I can tell you one thing: it’s definitely not Marcus Power 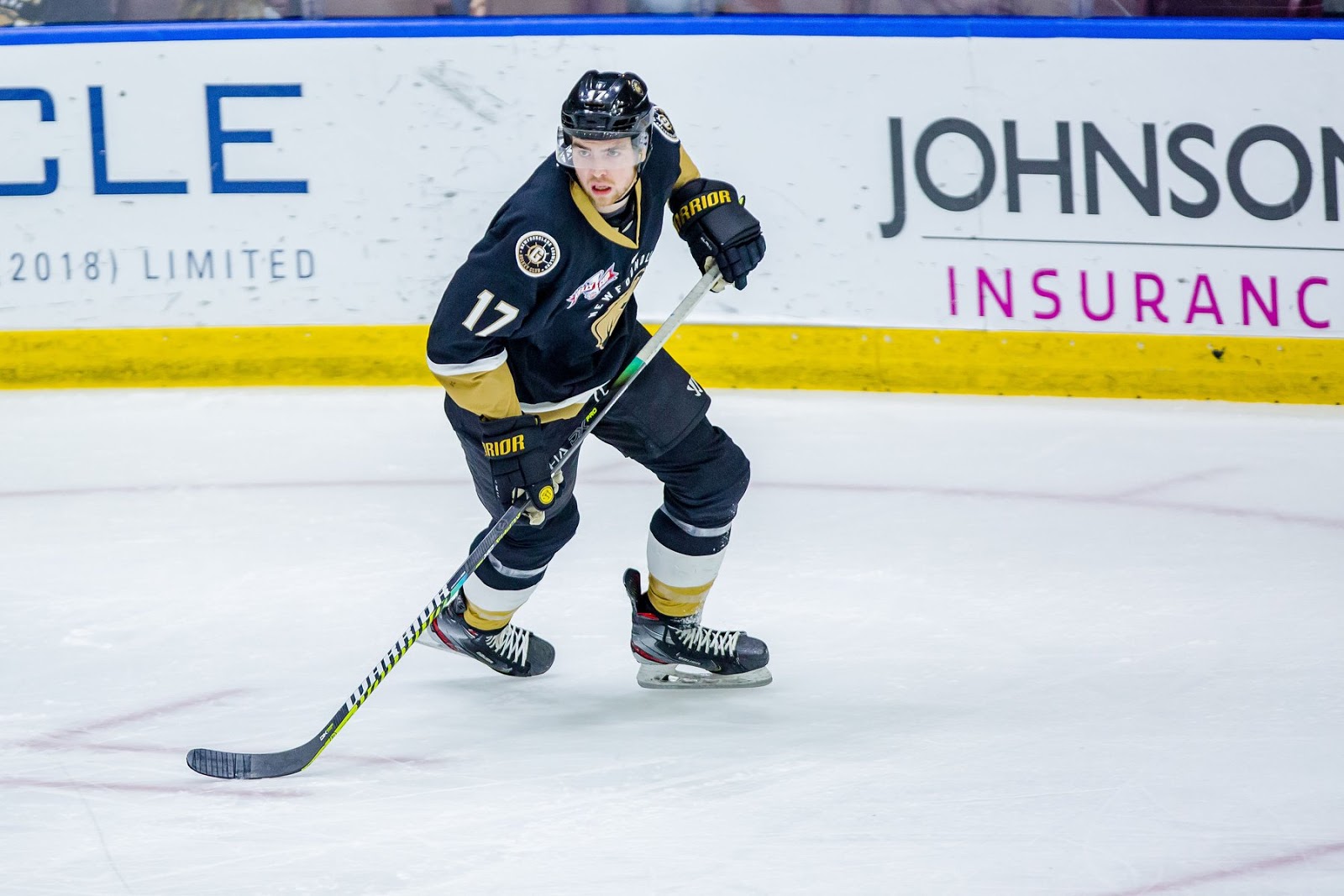 AF: Anyways, thank you for taking the time to answer these questions, Justin. I wish you all the best in your preparation for the start of the upcoming season. Stay safe!

JB: No problem, my pleasure!

You can follow Justin on Twitter @jBraz1517 and Aiden Foley @SinBin_Growlers for the latest news on the Newfoundland Growlers!