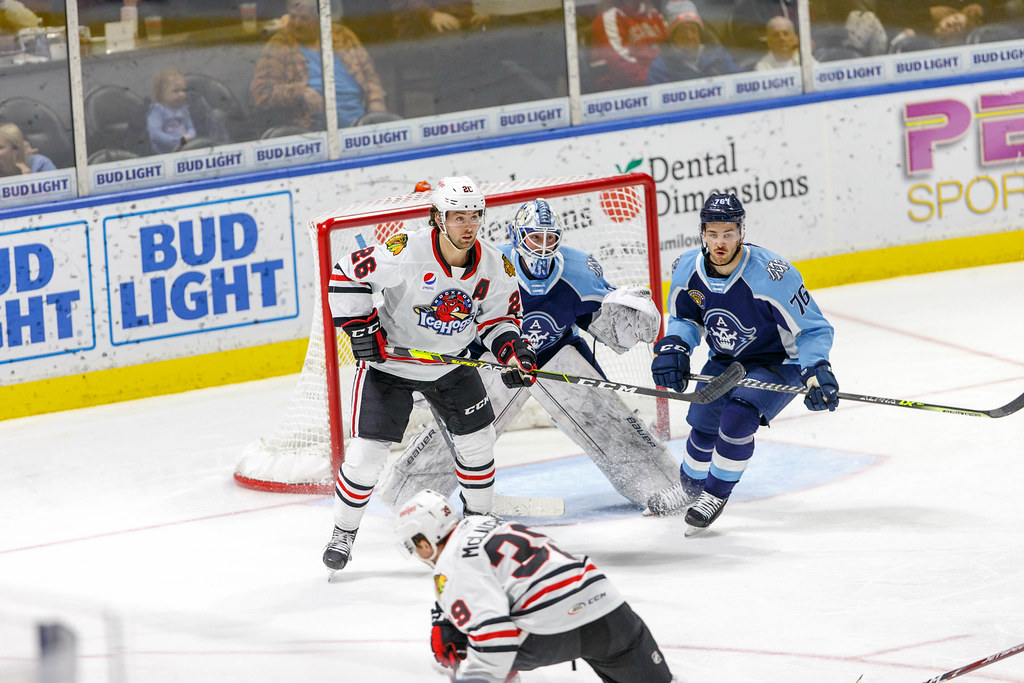 IceHogs Back in Action This Weekend

The Rockford IceHogs take the ice at the BMO Harris Bank Center tonight for the first time since December 21, kicking off a pair of Central Division matchups this weekend

IceHogs Back in Action This Weekend

ROCKFORD, Ill. – The Rockford IceHogs take the ice at the BMO Harris Bank Center tonight for the first time since December 21, kicking off a pair of Central Division matchups this weekend. The IceHogs host Chicago tonight, then travel to Milwaukee for a Saturday night date with the Admirals.

Rockford will resume the season having just one of their top three scorers on the current roster. Lukas Reichel (8G, 6A) was cleared from the AHL’s COVID protocols this week. However, Brett Connolly (5G, 6A) is up with the Chicago Blackhawks and Alexander Nylander (8G, 4A) was traded to Pittsburgh on Wednesday.

The IceHogs, who are scoring at a 2.50 goals-per-game clip, will have to continue to grind it out against opponents. That may be a tall order against the Wolves, who had won twelve straight games before the holidays and COVID issues halted the Western Conference juggernaut.

Chicago is averaging nearly a goal more than Rockford and can boast the AHL’s leading scorer in Andrew Poturalski (12G, 22A). Teammates C.J. Smith (10G, 18A) and Stefan Noesen (10G, 14A) are also among the league’s most prolific point producers.

The Wolves have not lost a game since November 20, when Rockford prevailed in a 3-2 shootout. The IceHogs have three wins over Chicago in five meetings this season. Tonight’s puck drop is scheduled for 7:00 p.m.

The IceHogs last game action was a 2-0 loss to Milwaukee. Heading into this weekend’s action, the Admirals have dropped three straight games to Grand Rapids, including a 7-2 loss on Wednesday night.

Staying at even strength with the Admirals will be key for the Hogs. Both of Rockford’s wins have come when they have held Milwaukee’s power-play unit (20.9 percent, sixth-best in the AHL) without a goal. As with the Wolves, the IceHogs have fared well when keeping the score down and converting on opportunities against Milwaukee.

Evan Barratt (5G, 5A) leads the team with two goals and an assist in four games with Milwaukee this season. Barratt, along with Dylan McLaughlin (3G, 7A) will need to chip in for the Hogs offense to have some bite this weekend.

Rockford will likely be relying on Collin Delia in net for both games this weekend. As of Friday morning, his backup is Tom Aubrun, who has just four games under his belt this season, all with the Indy Fuel of the ECHL.

The Hogs and Admirals are set to begin at 6:00 p.m. on Saturday. Rockford then settles in for a seven-game homestand over the next two-and-a-half weeks. This is definitely a favorable portion of the schedule for the IceHogs, who will try to get the month of January off to a winning start.