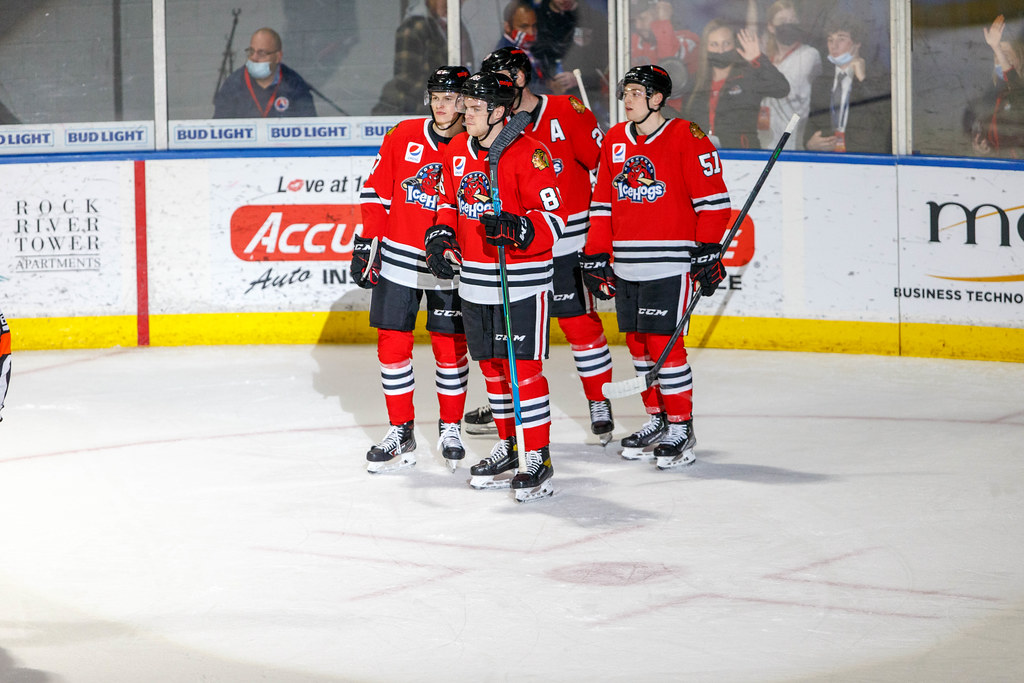 ROCKFORD, Ill. – The Rockford IceHogs lit up the scoreboard at the BMO Harris Bank Center Saturday night. Thirteen Hogs skaters wound up on the scoresheet in a 7-4 victory over the Texas Stars.

Rockford broke a two-game skid with the win, the first of a two-game set with the Stars, who saw their three-game winning streak come to an end. Mike Hardman led the IceHogs with a pair of goals to go with an assist. Brett Connolly and D.J. Busdeker each had three-point evenings in the winning effort.

“The guys did a really good job. (They) played with energy right off the bat, did a lot of good things, and obviously scored some goals,” interim coach Anders Sorensen told IceHogs broadcaster Joseph Zakrzewski after the game. “That was very positive.”

With Lukas Reichel back from a stint in the NHL with the Chicago Blackhawks, Rockford came out firing in the early going. Reichel finished off an effective power play, tapping in an Ian Mitchell pass from the right post behind Texas starter Matt Jurusik just 3:22 into the contest.

The IceHogs would go on to post four goals in the opening period, chasing Jurusik from the Stars net in favor of Adam Scheel. Connolly made it a 2-0 game at the 5:08 mark before Yauheni Aksiantsuik beat Rockford goalie Collin Delia from the slot seconds later.

Jurusik’s night was over in the eighth minute after Evan Barratt’s seventh goal of the season. Scheel entered the fray, only to surrender a goal by Ryan Stanton at 14:24 of the first. The Stars capitalized on the blazing pace of play late in the period, closing to 4-2 on a Joel L’Esperance tally.

The second period was nearly as exciting, with both teams generating open looks. Both of the IceHogs’ second-period goals came from the stick of Hardman. The first came at 15:16 on a redirect of Connolly’s shot for Rockford’s second man-advantage goal of the night. Two minutes later, Hardman sent a shot past Scheel to put the IceHogs up 6-2.

Texas managed to cut the lead to three goals with a late power-play marker by former Hogs forward Anthony Louis. However, the Stars trimmed the Rockford lead to 6-4 early in the third period when Jared Rosburg snagged a long rebound and sent a shot over Delia’s glove.

That’s as close as the game got, however. Busdeker sent a shorthanded shot into an empty Texas net in the eighteenth minute to close out the scoring.

Delia stopped 28 of the 32 shots he faced to pick up his tenth win of the season. Also contributing to the Rockford cause with a pair of assists each were Mitchell and Carson Gicewicz.

The IceHogs go for a Texas sweep Sunday afternoon when the teams return to action at the BMO. Puck drop is scheduled for 4:00 p.m. Central time.