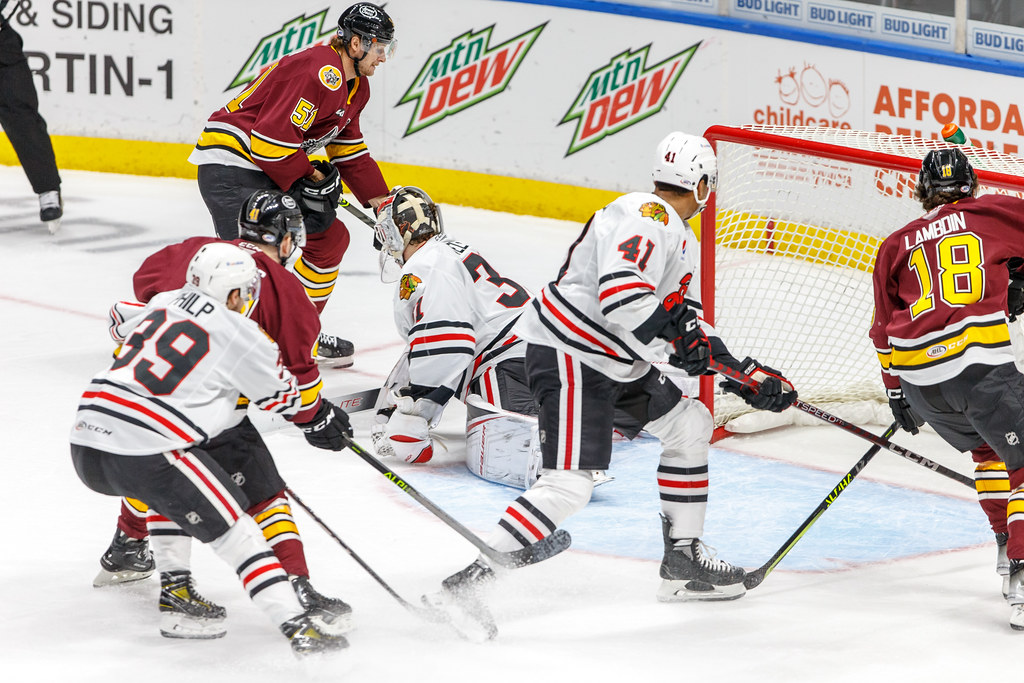 IceHogs Come Up Short In Loss To Wolves

IceHogs Come Up Short In Loss To Wolves

ROCKFORD, Ill.– The Rockford IceHogs opened the weekend with a back-and-forth affair with Central Division rival Chicago on Friday. The Wolves took advantage of limited opportunities at the BMO Center, while Rockford let its biggest chance of the night slip away in the final moments.

In a game where special teams played a big factor, the Wolves Nathan Sucese potted a short-handed game-winner midway through the third period. Chicago improved to 5-6-1 by way of a 4-3 win over the IceHogs.

“I thought our start was really good,” said Rockford head coach Anders Sorensen to the media following the loss. “After that, I don’t know if we got a little bit too casual and played a little bit too loose, and gave them some opportunities.”

Rockford (6-6-0-1) was the aggressor for several stretches of action on Friday. That included the opening minutes, which saw the Hogs take a 1-0 lead on a Buddy Robinson goal. Robinson’s fourth goal of the season was a tip-in of an Adam Clendening shot at the 2:09 mark of the first period.

Chicago didn’t get much going until the latter stages of the period. However, they capitalized twice in the last five minutes on goals by Griffin Mendel and Vasily Ponomarev to take a 2-1 advantage into the locker room.

Luke Philp got the first of two goals on the night to tie the game midway through the second period. The goal was a short-handed set up by a fantastic effort by Rockford forward Josiah Slavin, who skated a loose puck from coast to coast before centering to Philp in the high slot.

The score stayed at 2-2 until the start of the final frame, when Malte Stromwell sent a shot past Hogs goalie Dylan Wells at the 1:51 mark for a power-play goal. Philp tied the game again with his second goal. This one also came on the man-advantage, a shot from the left circle that beat Chicago goalie Zachary Sawchenko 9:22 into the third.

The game-winner came less than two minutes later. The Wolves had exploited Wells losing his net several times throughout the evening. This time, a rebound came off the pads of Wells, rolling just out of his reach. Sucese beat several Hogs to the loose puck and deposited it into the cage at 11:20 of the third period.

Down 4-3, Rockford mounted a big push for the equalizer, pulling Wells with just under three minutes to play. A Wolves penalty gave the IceHogs a six-on-four advantage for most of the last two minutes of the game. Several shots were taken, but Sawchenko held firm to give Chicago the win.

“We’ve got to make sure we check a little harder when we don’t have the puck,” said Sorensen about Saturday’s tilt, “and go right back at it.”