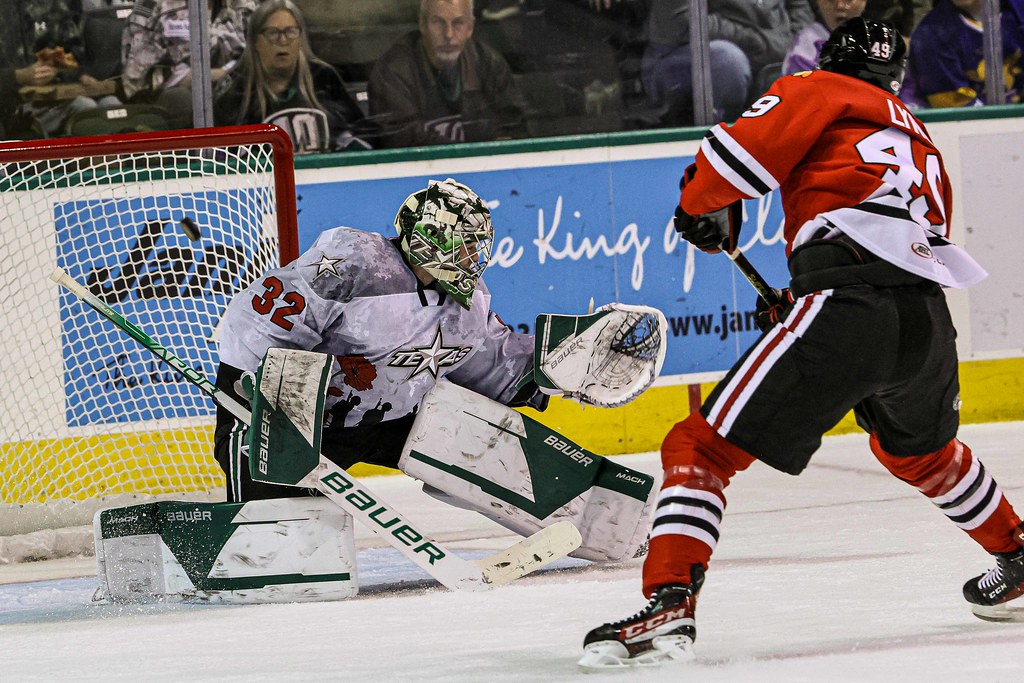 ROCKFORD, Ill. – The Rockford IceHogs faced off in two games with the Texas Stars over the weekend. Both games went down to the wire, with each team picking up a win.

The Hogs dropped a 3-2 decision to Texas on Saturday night. A sluggish middle frame doomed Rockford as Texas scored three times to take control of the contest. On Sunday, Rockford prevailed in a see-saw affair by a score of 5-4.

The weekend saw plenty of momentum shifts that factored into the different outcomes. The IceHogs were bolstered by several returning players.

Back In The Lineup

Ian Mitchell, who had been recovering from a right wrist injury since training camp, was assigned to Rockford on Friday by the Chicago Blackhawks. Mitchell was on the ice for both games this weekend, picking up an assist in Sunday’s victory.

Cole Guttman had been on concussion protocol since hitting his head on the ice in Manitoba on October 15. He scored his first professional goal in his return to action on Saturday and was quite active on Sunday as well.

Jaxson Stauber, who had been out since taking a puck to his mask on October 29, got the start on Sunday, stopping 42 of 46 shots to pick up his second win of the season.

Also returning in net for Rockford was Dylan Wells, who had been with the Blackhawks the previous week. Wells made 33 saves in the IceHogs loss on Saturday night.

Rockford is back on the road Wednesday when it plays an 11:00 a.m. EST tilt with Grand Rapids. This weekend, the Hogs have a home-and-home with the Chicago Wolves. Friday’s 7:00 p.m. CDT puck drop takes place at the BMO Center before the teams move to Rosemont for a 7:00 p.m. CDT start on Saturday at the Allstate Arena.