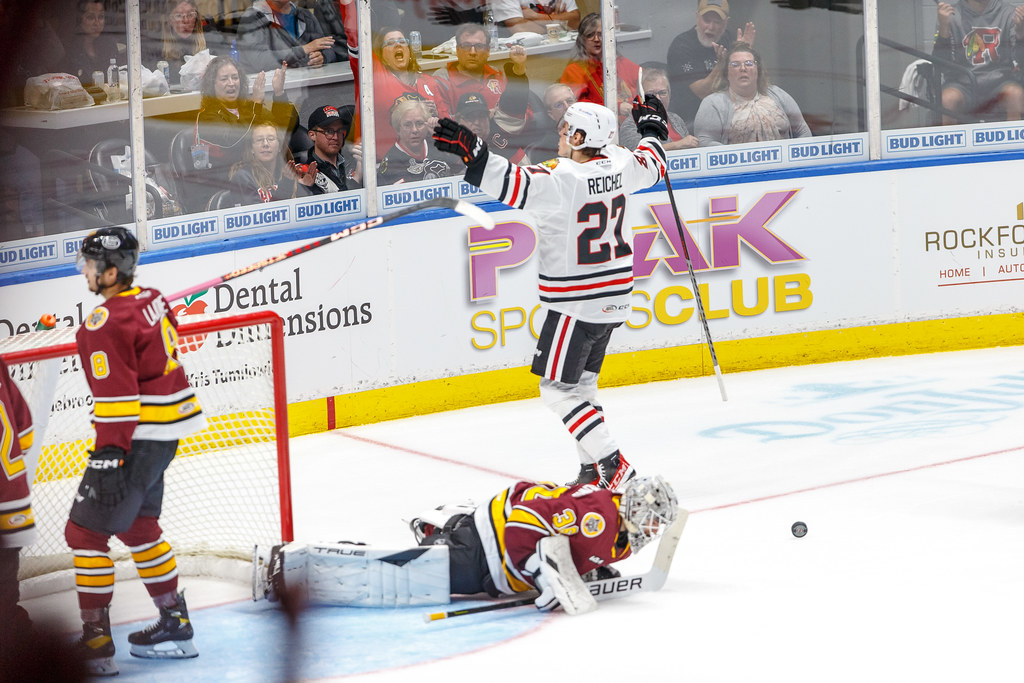 Rockford, Ill. – The Rockford IceHogs are in the midst of a season-long seven-game homestand. Two games into the run, Rockford is still looking for its first home win.

The IceHogs host the Chicago Wolves Friday night, then take on the Belleville Senators at the BMO Center Saturday. Despite a rough start, Rockford coach Anders Sorensen was upbeat about his club in practice this week.

“There are some things we’ve got to clean up,” Sorensen said this week at the team’s media day. “Once we do that, I think we’re a really good team in there.”

The IceHogs offense has had trouble getting up and running, but Sorensen is not worried.

“It’s early in the season and we feel good about our group in there,” he said. “If you look at the underlying numbers, of high dangerous scoring chances, we were right there in every game.”

Rookie forward Cole Guttman is currently in concussion protocol dating back to an injury suffered October 15. Guttman isn’t likely to skate this weekend.

Both Friday and Saturday’s tilts at the BMO Center are set to start at 7:00 p.m. CDT.