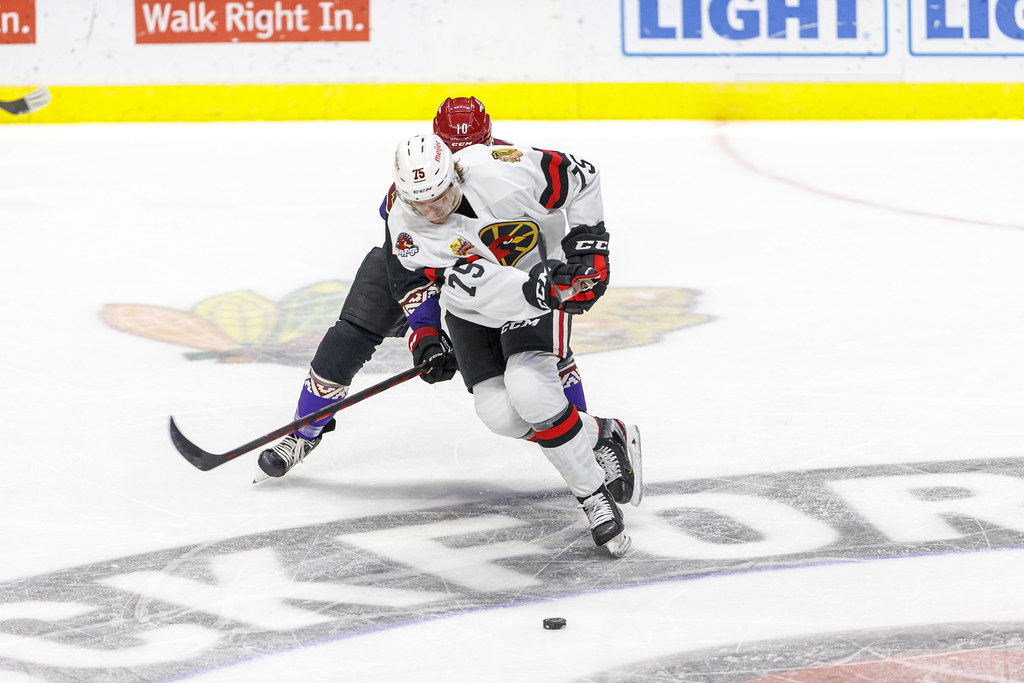 IceHogs Continue to Pile Up Points

A home sweep of the Tucson Roadrunners this weekend is the latest in a run of five wins in Rockford’s last six games.

IceHogs Continue to Pile Up Points

ROCKFORD, Ill. – The Rockford IceHogs have been a point machine to start the month of April. A home sweep of the Tucson Roadrunners this weekend is the latest in a run of five wins in Rockford’s last six games.

The IceHogs kept hopes of a third-place finish in the Central Division alive, keeping pace with Milwaukee with a pair of victories at the BMO Harris Bank Center.

Rockford shot out to a 4-0 advantage on Sunday before surviving a late charge from the Roadrunners. The evening before, the Hogs took control of a back-and-forth contest with a pair of second-period goals.

Defenseman Alec Regula was a big part of the IceHogs success over the weekend, with goals in both wins. He displayed some impressive stick handling Saturday night to tie the game for Rockford, then pinched into the slot to score the eventual game-winner on Sunday.

“These are pretty important points,” Regula said of his team’s push for postseason action in his media session Sunday. “We’ve played pretty well, especially when we were there (in Tucson) too. It feels good. We’re kind of rolling right now.”

Rockford is 7-2-1 in its last ten games. Sunday’s win was the IceHogs third straight, as they ended their Western road swing with a 1-0 win in Henderson Tuesday. Sorensen is pleased to see it all coming together the last couple of weeks.

The Hogs are back on the road again next weekend, traveling to Manitoba for two huge afternoon games on Friday and Saturday.

“We’re gonna have a couple of days off here and rest their bodies,” Sorensen said of his team. “They’ve had a lot of hockey here, and travel. We’re gonna get away from the rink for a couple of days and reset. Then we’ll practice Wednesday and fly us to Winnipeg on Thursday and practice up there and be ready.”